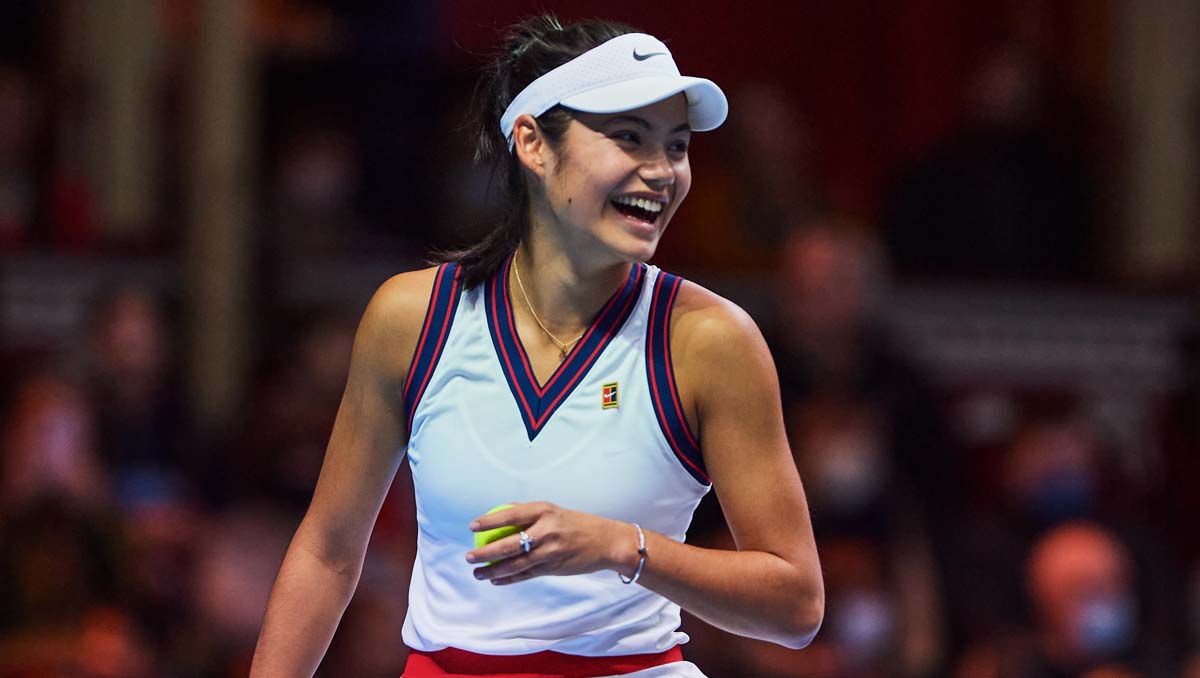 Emma Raducanu has set her sights on continuing to improve her game in 2022 as she prepares for her first full year on the WTA Tour.

The 19-year-old has been catapulted into tennis stardom after a breakthrough year in which she reached the fourth round of Wimbledon and then became the first qualifier to ever win a singles grand slam title at the US Open.

Raducanu beat her good friend and practice partner Elena-Gabriela Ruse of Romania at an exhibition match at the ATP Champions Tour at the Royal Albert Hall on Sunday, with the teenager triumphing 6-3 7-6 (7-3) in an entertaining contest.

The Flushing Meadows champion is now looking forward to teaming up with her new coach Torben Beltz in the coming days as she steps up her preparations for the 2022 season.

Raducanu insists that as long as she keeps improving her game in the coming months she will be happy – and she is not paying attention to what others are saying about her.

“I’m not sure of other people’s opinions of me,” Raducanu told a news conference on Sunday at the Champions Tennis event at the Royal Albert Hall. “It’s going to happen, pressure is a privilege. I think I quite like it. I thrive under the adrenaline, I hope.

“So for me, I don’t really think about other people’s opinions or expectations. The only ones I have are that of myself, to improve and get better.”

She continued: “I feel like playing a full schedule next year, I’ll improve that way as well. Just playing matches and getting match fitness, I that’s the only real way that it [improving] happens.”

Raducanu is planning to jet off to Abu Dhabi to step up her preparations for her first full season on the Tour, and she is set to spend Christmas in the Middle East before flying to Australia for the first grand slam of the year.

However, the teenager insists that she doesn’t feel that spending Christmas away from home is a “sacrifice.”

“I knew that playing tennis you’ll spend birthdays, Christmas and New Years away from home,” she said. “I feel like it doesn’t matter. I’m there [in the Middle East] to train, to get better and then I’m flying to Australia.

“What’s going to be best for me is staying in the Middle East rather than flying seven hours back and forth. I feel like it’s not a sacrifice and hopefully my mum or dad can come out maybe.”

Raducanu will take on Olympic champion Belinda Bencic at the Mubadala World Tennis Championships in Abu Dhabi on 16 December.