No former singles champions feature in Guadalajara; only Pliskova and Muguruza have played event before 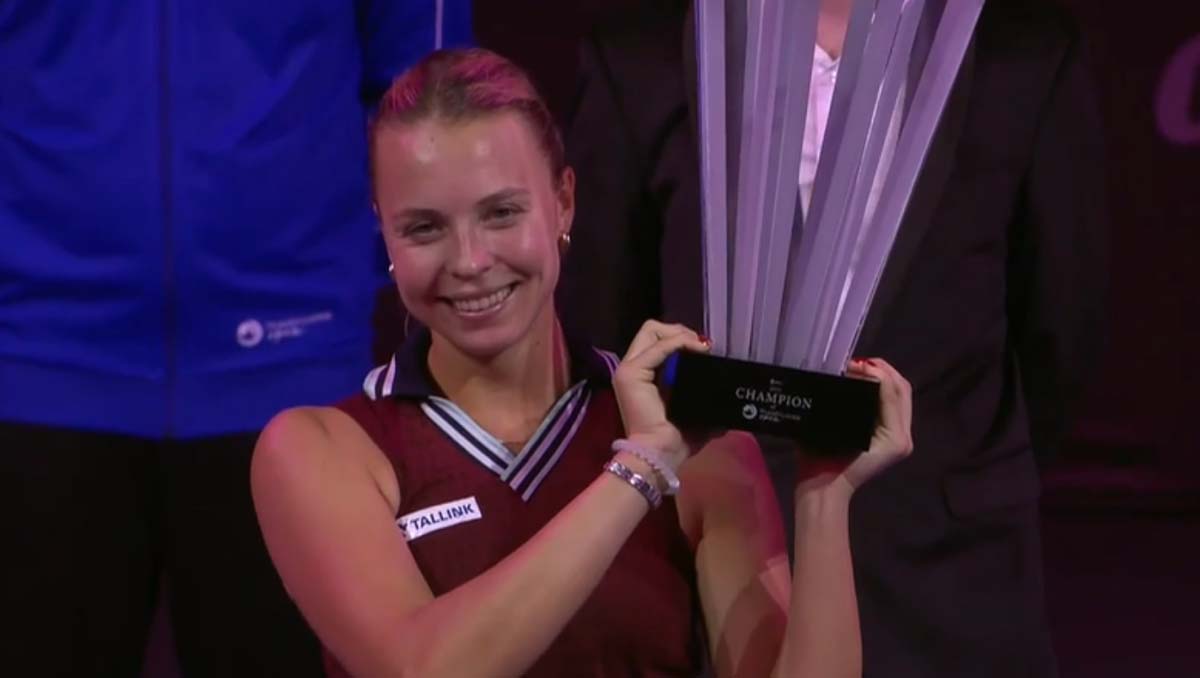 The WTA Finals, which get underway in little more than week’s time, at a brand-new venue in Guadalajara, Mexico, has a very fresh look from the last time a champion was crowned.

That was in 2019, in Shenzhen, before the Covid pandemic, and by the time the tournament heads back to its Chinese home, it will have a brand new champion. For with the withdrawal of world No1 Ash Barty, and with all the other active champions falling short of the top-eight cut-off—Elina Svitolina, Petra Kvitova, Serena Williams among them—the tournament will welcome six debutantes to the tournament, five of them aged 25 or under.

Four of the women made their top-10 debuts this year, and a fifth, Paula Badosa, has just reached a career-high No11.

Meanwhile, the newest member of the top 10, Anett Kontaveit, literally achieved the feat of qualifying with a remarkable late-season surge that garnered four titles in the last 10 weeks: two WTA500 and two WTA250s, plus a quarter-final at Indian Wells along the way. It amounted to 15 consecutive indoor match-wins, and wins in 26 of her past 28 matches overall.

That Kontaveit sealed her place in Guadalajara with a victory at the Transylvania Open without dropping a set, and over home favourite Simona Halep in the final, only reinforced her right to be among the elite qualifiers.

Among all the newcomers, there remain just two former qualifiers, both incidentally former No1s.

The evergreen Karolina Pliskova has qualified for the fifth time—and is three times a semi-finalist. And while she failed to win a title this year, the Czech came painfully close at some of the biggest tournaments: Rome, Wimbledon, and Montreal.

The only other ‘old hand’ to make the cut is Garbiñe Muguruza, who has qualified for the fourth time after reaching four finals in 2021, winning in both Dubai and Chicago Fall.

While Barty will not be defending her title in Guadalajara, the Wimbledon champion has still been confirmed as the 2021 year-end No1, having won a tour-leading five titles this year including her second career Major and successfully defending her title at the Miami Open. She also won in Cincinnati, Stuttgart and the Yarra Valley Classic, going 42-8 for the season.

Here, though, is a run-down of the eight who will contest the 50th playing of the singles WTA Finals.

1. Aryna Sabalenka: Semis at Wimbledon and US Open; won Madrid and Abu Dhabi

3. Karolina Pliskova: Final at Wimbledon; finals in Rome and Montreal

4. Maria Sakkari: Semis of French and US Opens; final in Ostrava; semis in Miami

Paris Masters 2021: The race is on – to Turin and to year-end No1 – as Djokovic returns to court