On Saturday, Badosa and Sakkari fight for semis; Swiatek and Sabalenka battle to stay in tournament 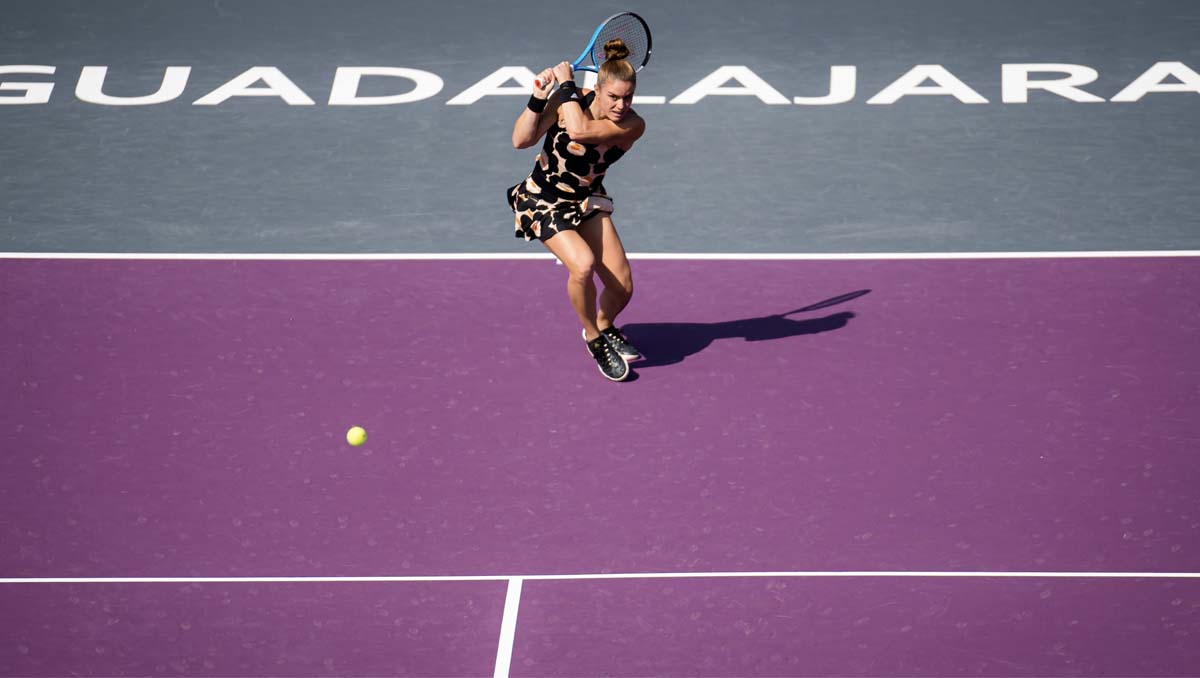 The eight women who made it all the way to Guadalajara for the finale of their season have all played one round-robin match, with two each left to play. Yet already, some possible scenarios for the semi-finals are beginning to pull into focus.

The last to qualify for the WTA Finals was Anett Kontaveit, but the extraordinary form she displayed in surging into the eighth spot was on full display in her first match, a victory over French Open champion and No2 seed, Barbora Krejcikova, 6-3, 6-4.

Meanwhile, in the same Teotihuacán Group, the most experienced woman in the entire draw, Karolina Pliskova, got the better of her old rival, Garbine Muguruza, the only other woman to have qualified for the tournament before.

Based on their previous history, this was not entirely unexpected: Pliskova held an 8-2 advantage, including both their previous WTA Finals meeting. But this contest between two former world No1s turned into a thriller, with the Venezuela-born Spaniard, Muguruza, a popular figure in Mexico: She has twice won the Monterrey title there.

So with plenty of vocal support, she got off to a flier, winning the first set 6-4, but then the formidable Pliskova serve hit its stride. The tall Czech, who reached the Wimbledon final this year, served at 89 percent on her first serve and lost just two points on serve for the second set, 6-2.

Come the third, and the battle was well and truly joined, and after an opening exchange of breaks, they headed to a tie-break, after Pliskova failed to convert two match points.

The Czech missed a third match-point in the breaker, too, but Muguruza could not save a fourth, 7-6(6), after two and a half hours.

So Kontaveit and Pliskova topped the Teotihuacán Group after one day, and they both head into their second matches with the chance to seal a semi-final place—against one another.

Muguruza will be eliminated if she loses to Krejcikova and Kontaveit beats Pliskova, and in that scenario, Kontaveit heads to the semis as group winner.

So a lot may be decided after just three days of play. And the same can be said of the Chichén Itzá Group when the four constituent women play on Saturday.

In the opening round, Maria Sakkari and Paula Badosa both kicked off their debut WTA Finals campaigns with straight-sets victories.

Sakkari beat an out-of-sorts Iga Swiatek, 6-2, 6-4, with the 20-year-old Pole leaving the court in tears and, she afterwards admitted, “really stressed” and “a little bit ashamed that my level was like that.”

Meanwhile, No7 seed Badosa won 10 straight games to beat the top-ranked woman in the tournament, Aryna Sabalenka, 6-4, 6-0, which means that the winner of her Day 4 clash with Sakkari will decide which of the two is guaranteed a semi-final place.

It also means that the loser of the match between Sabalenka and Swiatek will be eliminated from the tournament.

Pliskova 3-0 vs Kontaveit, most recently the Czech’s two hard-court wins in 2019

Krejcikova 2-1 vs Muguruza, with all three matches on hard courts this year