WTA Finals 2021: Muguruza storms into final for a rematch with Kontaveit 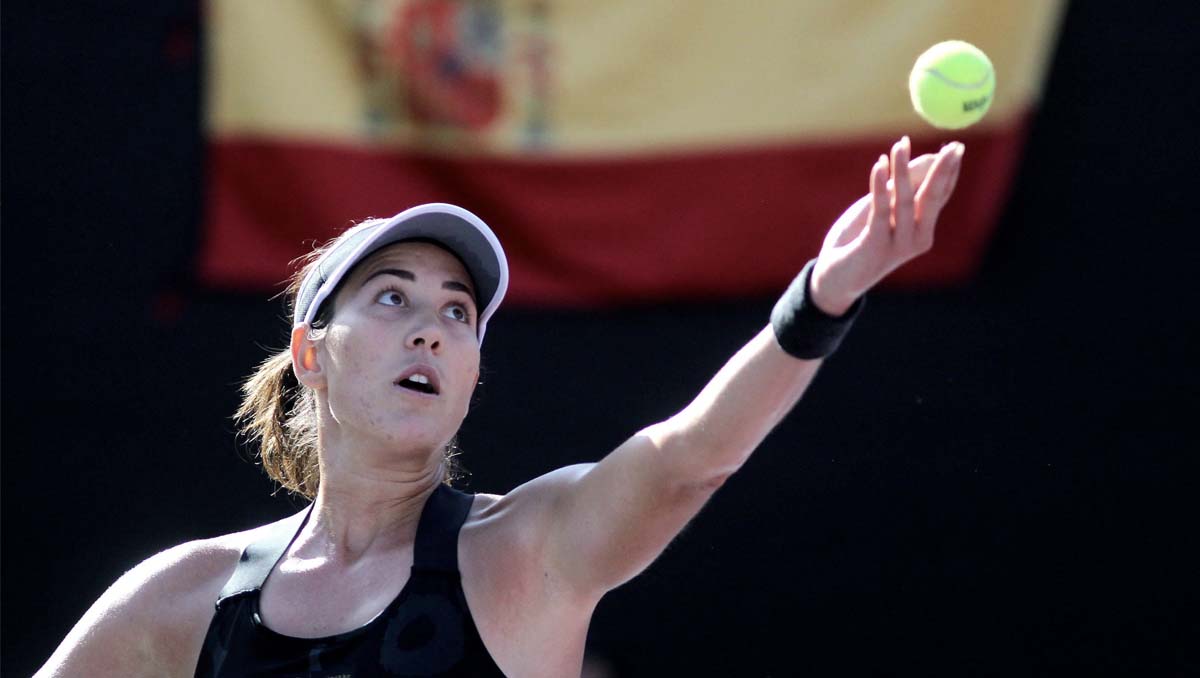 Garbiñe Muguruza won the all-Spanish battle against Paula Badosa to reach the final of the WTA Finals for the first time in four appearances (Photo: Getty Images / WTA)

Former world No1 and two-time Major champion, Garbiñe Muguruza, put on a dazzling display of power, precision and determination to became the first Spanish player to reach the singles final at the WTA Finals since 1993.

She has now matched another former No1, Arantxa Sanchez Vicario, who was the runner-up to Stefanie Graf, but Muguruza will hope to go one step further when she takes on Anett Kontaveit, who came through the other semi-final against Maria Sakkari.

Muguruza, born in South America, and twice winner of the Mexican tournament in Monterrey, has long been a favourite in this part of the world, and she did not disappoint. She clearly felt right at home, too, in the warm sun, high altitude, and fast conditions, even though her previous three matches had been played in the cooler night session.

For Badosa, this was the culmination of a breakthrough season that saw her win 43 matches, and most notably the prestigious Indian Wells 1000. That, along with the title in Belgrade, were her first career titles, and she had risen from a ranking of 69 a year ago to just make the cut off for the WTA Finals as No10.

But Muguruza, whose season began with a bang with the Dubai title, had looked like a woman on a mission since she arrived in Mexico, even during her opening-round loss to Karolina Pliskova in a third-set tie-break.

She broke at the start of the match, throwing down the gauntlet with her signature power play from the baseline, and maintaining formidable attack and focus that translated her initial 2-0 lead into a still bigger margin with another break to take the set, 6-3.

Badosa, though, has plenty of big game, too, and the pair put together some stunning rallies with clean ball-striking and superb depth onto the lines. Indeed, the scoreline did not do justice to how well the younger woman, who turned 24 the day before the semi-final, played in the match.

So while Muguruza had not faced a break point in the first set, she knew she had a fight on her hands in the second, as Badosa fired winners off any less-than perfect ball. After Muguruza got another early break, Badosa went on the attack, taking advantage of more second serves from her opponent. She earned her first break points of the match, but Muguruza would not yield, and held for 3-0.

Indeed, the older player looked as though she might run away with the match when she worked four break chances in the sixth game, but instead of a 5-1 lead, she served at 4-2. But while Badosa kept up the pressure, Muguruza proved herself up to the test, serving it out, 6-3, after a blistering hour and a half.

They embraced warmly at the net, and there will surely be more quality contests between them. For now, Muguruza could only praise her compatriot:

“I think it’s the best match that I played so far here in Guadalajara. It was a tough match facing another Spaniard in the semi-finals…

“But I’m very happy that I got the win. Very proud of Paula. She started the year far [down] in the rankings, and now she’s a top-10 player. Very impressive. She deserves a very well rest. Very happy for her year.”

And while Badosa will reach a new career-high of eight for the end of the year, Muguruza, and her highest tally of match-wins in a season since 2017, will climb back into the top three for the first time in over three years.

No8 seed Kontaveit was the last to qualify for the tournament following a stunning late-season run, and is now one match away from winning her third straight title, her fifth of the year, when she meets Muguruza on Wednesday night.

She beat Sakkari, 6-1, 3-6, 6-3, to set a rematch of the final round-robin contest in the Teotihuacán group, which Muguruza won 6-4, 6-4 to end Kontaveit’s 12-match winning streak. It will, then, be the first time since 2016 that the last women standing at the WTA Finals come from the same group.

ATP Finals 2021: Medvedev edges Zverev in Turin, and in their 11-match rivalry