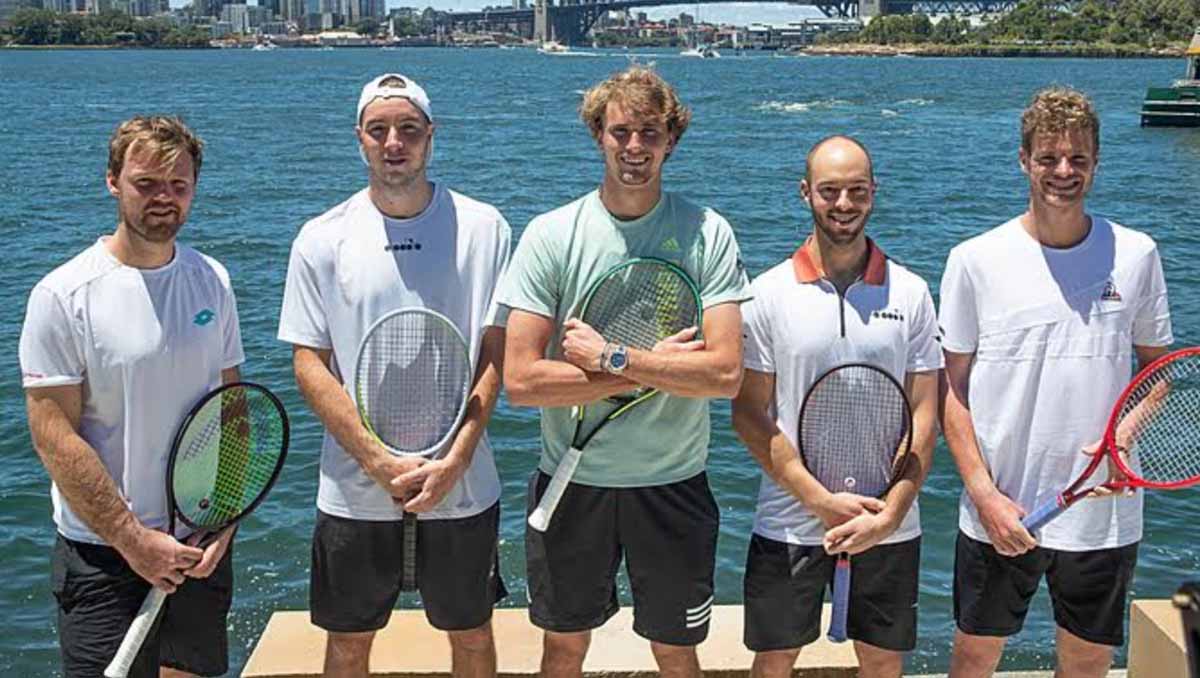 It is not even a full month since Daniil Medvedev, Andrey Rublev and Aslan Karatsev saw their homeland Russia emerge from 18 teams to claim the Davis Cup.

Now, with barely time to catch breath, many of the greatest players in tennis are converging in another corner of the globe, the southern states of Australia, for the build-up to the first Major of 2022 in little more than a fortnight’s time.

Before the spotlight settles on Melbourne for the Australian Open, however, there are no fewer than 10 events packed into the men’s and women’s schedule, with the first, and biggest, starting on the first day of the New Year: The ATP Cup.

This time, Russia is one of 16 teams, but this time, world No2 Medvedev cannot draw on the support of his high-ranked compatriots. The ATP Cup’s defending champions have been depleted by the ongoing coronavirus pandemic as Rublev and Karatsev tested positive before the tournament gets underway.

They are not the only players to have suffered Covid set-backs before Christmas. A catalogue of additional names has been added to the formidable list of those affected over the last two years: Denis Shapovalov, Emma Raducanu, Ons Jabeur, Belinda Bencic, Rafael Nadal, and most recently Anastasia Pavlyuchenkova have all been infected.

Other stalwarts of past Australia seasons are missing with ongoing injury issues, notably former Australian Open champions Roger Federer, Serena Williams, and Stan Wawrinka, while nine-time and defending Australian champion and world No1, Novak Djokovic, has withdrawn from the ATP Cup and, at the time of writing, is yet to confirm whether he will make the Australia trip.

There are other high-profile champions on the absentee lists, too: Dominic Thiem continues to struggle with a long-standing wrist injury; Bianca Andreescu needs time away from competition; Karolina Pliskova sustained a hand injury in the off-season.

However, as the players practise in Sydney for the nine days of competition at the ATP Cup, Medvedev will know that he has his work cut out if Russia is to make the knock-out stages.

The 16 teams are built around the highest ranked players in their respective countries on 2 December, so while Djokovic has now withdrawn, Serbia still tops the line-up.

But with some nations doubling up on top-20 players—Italy, Canada and Spain have more than one top man in their line-ups—and some key players unable to headline a national squad—Federer for Switzerland and Thiem for Austria, for example—some lower-placed nations have made the cut. So Georgia and the USA are in, while France grabs a late place courtesy of Austria’s absence, and Australia enjoys a wild card as the host nation.

So who are the strongest teams once those big guns have been dropped? Italy is the stand-out nation, with two top-10 men in Matteo Berrettini and Jannik Sinner, plus two more men ranked over 40. Spain, even without Nadal, has two top-20 players, and could well take advantage of fellow group nations such as Casper Ruud’s Norway and Cristian Garin’s Chile, which have one top player apiece.

Then there is GB, led by one of the fastest risers of 2021, Cameron Norrie, plus No25 Daniel Evans, and a stand-out doubles pairing into the bargain. However, GB is grouped with Germany and a strong Canada—boasting No11 Felix Auger-Aliassime and No14 Shapovalov—and the USA—Taylor Fritz is ranked 23, John Isner No24—in perhaps the toughest set of four.

From 7 January, QF, SF and Final all played at Ken Rosewall Arena.

All ties will consist of two singles matches and one doubles match.

Rewards vary according to ranks of opponent.

Points for semi-final wins range from 200-30

[No5 Rublev, No18 Karatsev withdrawn]