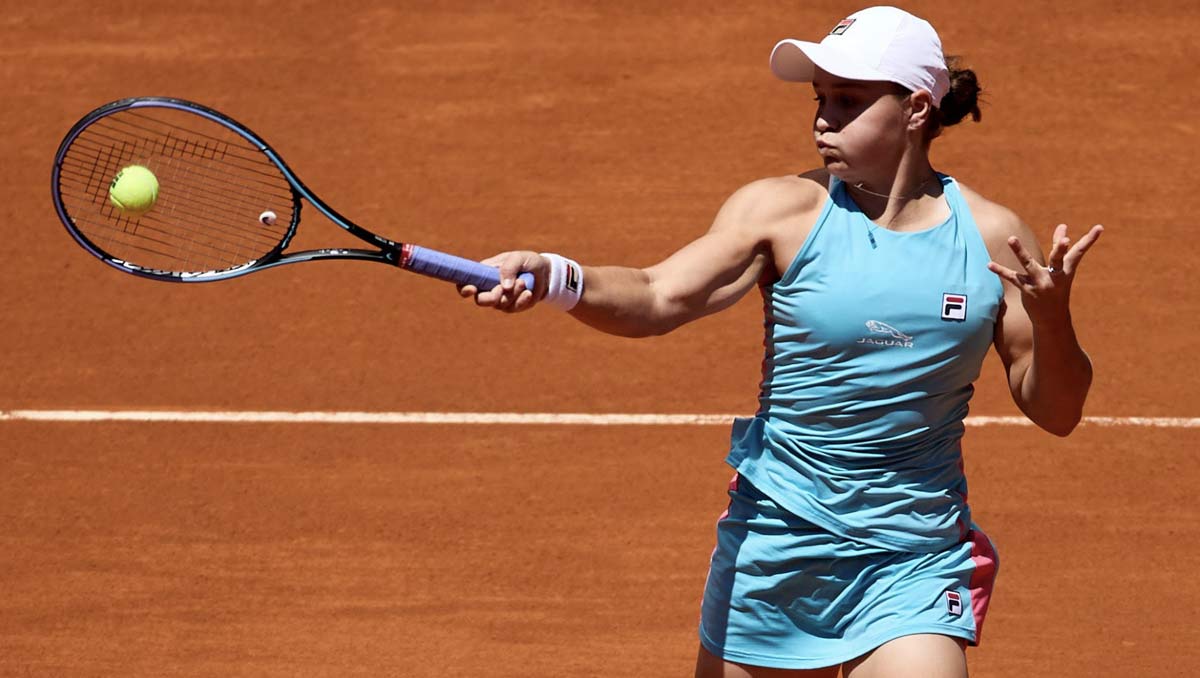 It is the oh-so-short break between one tennis season and the next, the month or so when the media are alive with selections of ‘the best matches’ and ‘the best shots’ of 2021, and when the rankings and the ‘race’ merge into one before 2022 sets it all in motion again.

But while there may be a multitude of photos from sunny beaches, and other down-time locations, even now there are signs that preparations are beginning for the trip ‘down under’ for the intense Australian Open season.

Not that there has been a complete halt in tour tennis, even now. Between the WTA Finals in Guadalajara in mid-November, and Christmas, there are no fewer than four WTA125 tournaments, and among the players taking part are nine from among the current top 100.

Once Christmas is done and dusted, most players will be either on their way to, or already ensconced in, Australia for the first week of action that opens with three tournaments in Adelaide and Melbourne on 3 January, followed by two more before the Australian Open itself. And all that without exhibition-format events slotted in along the way.

So fast does the first Major of the year follow the end of 2021 that the Australian Open entry lists have been published, and there has been news of the withdrawal of two significant women’s names: Serena Williams and Bianca Andreescu will not make the trip.

But before bringing the shutters down on 2021, there is still time to give some other big names their due, with the announcement from the WTA of this year’s Player Awards.

In truth, there are few surprises, since four of them won singles or doubles titles at the Majors—indeed one of them won the French Open in both formats, and rightly picked up three awards, Barbora Krejcikova.

The other woman on the list retired at the end of the season, age 33, following a successful battle with cancer: Carla Suarez Navarro.

So who picked up the WTA Awards?

Player of the Year: Ashleigh Barty

World No1 Barty won for the second time after winning a tour-leading five titles in 2021, including her second career Major at Wimbledon, and defending her title at the Miami Open. She also won the Yarra Valley Classic, Stuttgart, and Cincinnati, and ensured the year-end No1 ranking for the third straight year.

Doubles Team of the Year: Barbora Krejcikova and Katerina Siniakova

The popular Czech duo also won this gong for a second time, having won their third Major title at Roland Garros, plus additional titles at the Gippsland Trophy and Madrid Open. They completed the season with the WTA Finals title to cap the doubles rankings at Nos1 and 2.

Most Improved Player: Barbora Krejcikova (player who finished inside the top 50 and showed significant improvement throughout the 2021 season)

Krejcikova won the first three singles titles of her career in 2021 to make her top-50 debut and went on a 12-match winning streak to win her first two titles in Strasbourg and Roland Garros. She won a third title in Prague and also reached the final in Dubai. Krejcikova reached No3 after reaching the quarters at the US Open, and will start 2022 as world No5.

Newcomer of the Year: Emma Raducanu (Player who made top-100 debut and/or notable accomplishments for the first time during the 2021 season)

The British teenager made history by winning the US Open, the first ever qualifier to win a Major. She did not drop a set throughout her 10 matches, and from a ranking of No343, she rose to No19 by the end of 2021. Raducanu also made her Major main-draw debut at Wimbledon where she reached the last 16, the youngest British woman to reach that stage at the All England Club.

Comeback Player of the Year: Carla Suárez Navarro (Player whose ranking dropped due to injury or personal reasons and made or continued their return to tour during the current season)

The much-loved Spaniard planned to end her career in 2020, but the Covid pandemic halted her farewell season. She was then diagnosed with Hodgkin’s Lymphoma in September last year, battled against the cancer, and determined to end her career on her own terms in 2021. She played Roland Garros, where she took Sloane Stephens to three sets in the opening round, and Wimbledon, where she had another three-set battle against eventual champion Barty. She scored an emotional win over the 22-ranked Ons Jabeur in the Tokyo Olympics, and signed off at the Billie Jean King Cup in November.

Two-time Major champion Amélie Mauresmo is to take over the reins of her home Major until 2024, becoming the first female to hold the post.

The former world No1 won both the Australian Open and Wimbledon in 2006, also reaching the semis at the US Open, won the silver medal at the Athens Olympics in 2004, and was part of France’s Billie Jean King Cup victory in 2003. Among her 25 career titles she also claimed the WTA Finals championship in 2005—from three finals at the event—and twice won Rome and the Canadian Open

Among her other accolades was being coach to Andy Murray for two years.

Bencic, who anchored Switzerland’s surge to their second final at the tournament, was chosen by a public ballot, and will donate her $10,000 prize to five different animanl shelter charities near her home in Slovakia.

Her high-profile Swiss contribution came after an outstanding run to the Olympic gold medal in Tokyo.