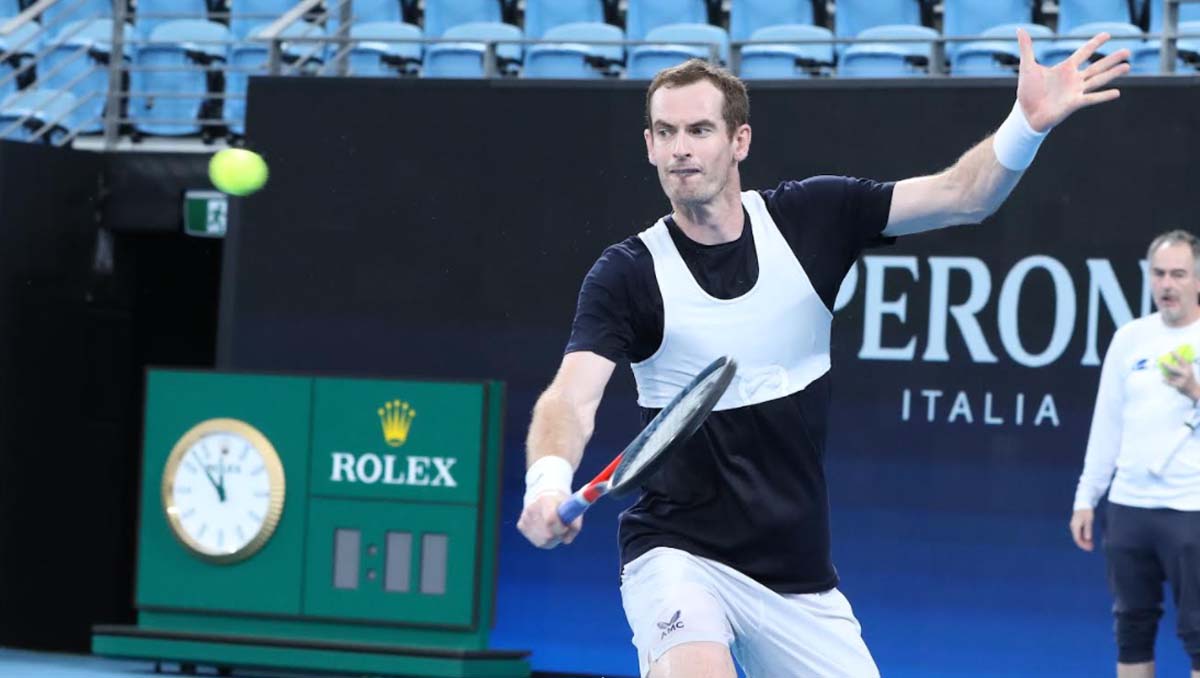 Great Britain may have been edged out of the ATP Cup at the last moment—their win over the USA was trumped by Canada’s win over Germany—but there will be more British action in the city next week.

Andy Murray, who has been given a wild card into the Sydney Tennis Classic, a combined men’s and women’s event during the week before the Australian Open in Melbourne, will be joined by the star of the GB show, world No25 Dan Evans, in the ATP250 draw. Evans is scheduled to be the third seed behind by No18 Aslan Karatasev—who missed the ATP Cup after testing positive for Covid—and No22 Nikoloz Basilashvili.

Evans will come into the event on a high after winning all three of his singles matches plus both the doubles matches he played with Jamie Murray in the 16-team ATP Cup. What is more, it was in Sydney that Evans reached his first tour final in 2017, and he won his first ATP title this time last year in Melbourne.

Murray’s preparation for the Major where he has five times been runner-up did not get off to an ideal start: He was beaten in his opener in Melbourne at the start of this week by No76 Facundo Bagnis.

But the Briton has a strong emotional tie to the Australian Open as he eyes his 14th appearance and his first since his tough opening-round loss to Roberto Bautista Agut three years ago. Back then, he hinted in a tear-stained press conference that it might be his last tournament, and went on to undergo what might have been career-ending hip surgery.

Yet he continues to have ambitions on the biggest stages, and that despite other injuries and coronavirus infection at the start of last year. He still went on to end 2021 with some hard-won matches against the likes of Ugo Umbert, Frances Tiafoe—one of the matches of the year comprising three tie-breaks and three and three-quarter hours—Hubert Hurkacz, and Jannik Sinner.

Sydney will first host the final the ATP Cup come Sunday, with Russia and Canada scheduled to contest the second semi-final Saturday. Already, the always-strong Spanish team has ensured its place in the final with yet another pair of impressive singles performances from Bautista Agut—over Hurkacz—and Pablo Carreno Busta.

But then Sydney gives way to the one-off Tennis Classic, and not just the ATP250 but also and a high-quality women’s WTA500 tournament that features 19 of the world’s top 30, including world No1 Ash Barty, No3 Garbine Muguruza, No5 Barbora Krejcikova, former world No1 Simona Halep, Roland Garros 2020 champion Iga Swiatek, Australian Open 2020 champion Sofia Kenin, and reigning US Open women’s champion and runner-up, Emma Raducanu and Leylah Fernandez.

The women’s event follows hot on the heels of another 500 in Adelaide that has boasted eight seeds all ranked in the top 15, including world Nos1 and 2, Barty and Aryna Sabalenka. The darling of Australia, Barty, has reached the semis in her first event since the US Open: It seems that, with now more than 100 weeks as No1, she has picked up where she left off.

In 2021, the popular Aussie began with victory at the Yarra Valley Classic in Melbourne, made the semis of her home Major, won the prestigious Miami 1000, Cincinnati 1000, and Stuttgart, and made the final of the Madrid 1000. She also won Wimbledon.

If she is to win her second Adelaide title, she must beat defending champion Swiatek. The two Major champions have met only once before, with the win going to Barty in Madrid last May.

In Melbourne, Rafael Nadal’s return to competition for the first time in five months has been uneventful: After an opening straight-sets win against Ricardas Berankis, the Spaniard received a walkover that propelled him straight into the semis. There he will play the 22-year-old Finn, Emil Ruusuvuori, for the first time.

In the other semi, Grigor Dimitrov has faced harder progress with a second win from a break down, this time saving two match points and a 2-5 deficit in the deciding set against Having run through the second set, third seed Dimitrov fell to 2-5 in the decider against Botic van de Zandschulp.

Dimitrov now faces the 112-ranked American qualifier Maxime Cressy for the first time for a chance to tackle Nadal in the title match—where he will face a 14-1 deficit in previous contests.