Dan Evans gets free pass to third round but Watson, along with three top seeds including Muguruza, beaten 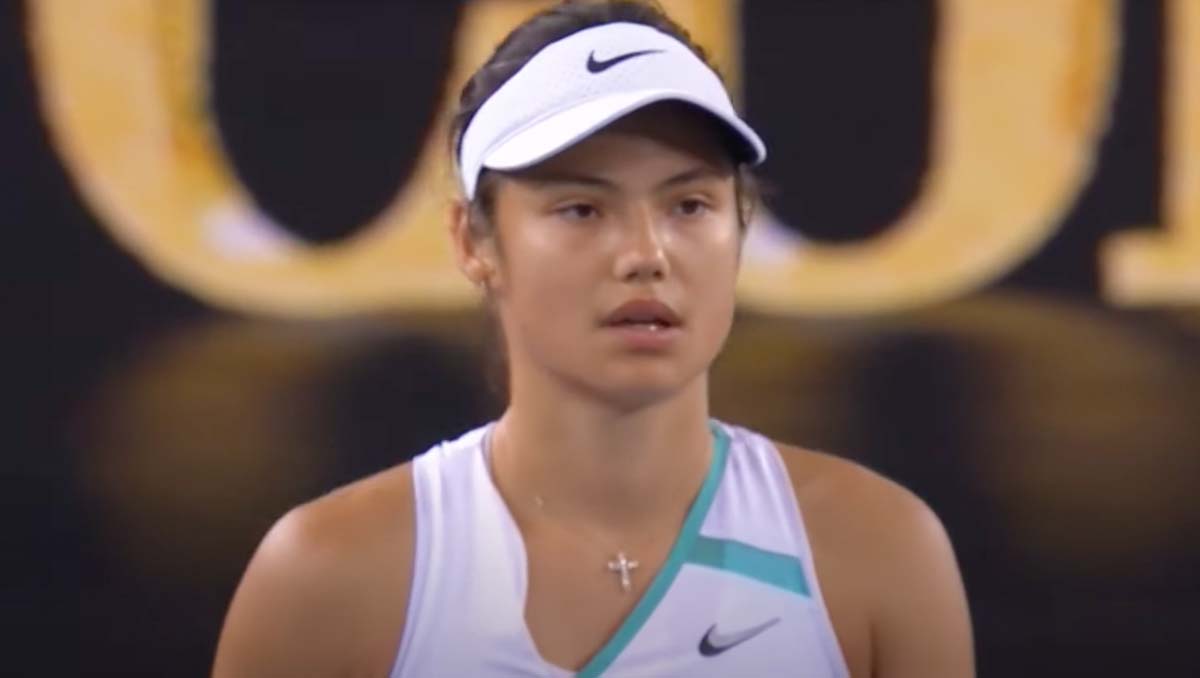 The No24 seed Dan Evans did not have to lift a finger on a hot afternoon in Melbourne. Having cruised to a win over David Goffin in the first round, he now enjoyed a walk-over into the third round. All valuable time in the long-haul of Grand Slam tennis.

Next, of course, it will be time to encounter the other seeds in the draw, in his case, the 21-year-old No9 seed Felix Auger-Aliassime. Two things may work in the Briton’s favour, though: Evans beat the young Canadian in the Melbourne 250 to claim his first title in their only meeting a year ago. He also stood to one side and watched Auger-Aliassime play another marathon match of four hours 20 minutes to beat Alejandro Davidovich Fokina, 7-6(4), 6-7(4), 7-6(5), 7-6(4). The Canadian, who already played his socks off with Denis Shapovalov to win the ATP Cup a fortnight ago, also made a five-set comeback win over Emil Ruusuvuori in Round 1.

So could compatriot Andy Murray, the five-time former finalist in Australia playing for the first time since what looked like retirement in 2019, join Evans in Round 3?

The Briton took on qualifier Taro Daniel, ranked 120, but a lively, creative player on his day. And he faced a Murray who lacked much of the energy and intensity that he had brought to his gruelling five-set win over No21 seed Nikoloz Basilashvili in the first round.

Murray lost a marathon third game in the first set after 13 and a half minutes, but broke back to level at 3-3. However, Daniel soon broke again, fought off break-back points to hold for 5-3, and served out the set to love, 6-4.

It had taken 55 minutes, and Murray got off to a better start in the second with a quick hold and then multiple break chances in a 12-minute second game. Five deuces later, and Daniel held off Murray to hold for 1-1, promptly broke the Briton, and then held to love for 3-1. That was all the Japanese man needed, and he went on to serve out against the lack-lustre Murray to love, 6-4.

The former world No1 began the third set more strongly with a comfortable hold, and then broke in a five-minute game to lead, 2-0. But if he was to get to the third round, he would need to do so in five sets again. And his temporary lead was short-lived: Murray double faulted on break point to wipe out his advantage.

The Briton could not convert a break chance in the fourth game, and Daniel continued to hold his own. At the key moment, the Japanese took his chance on break point to draw a Murray error, and would serve for the match. A netted backhand from Murray, and the Daniel had match points, and a classy serve and volley finish did the job, 6-4, to reach the third-round of a Major for the first time.

It had been a deserved win against a Murray who was outnumbered in winners: Indeed Daniel made 46 for just 21 errors. And was, unsurprisingly, delighted with his milestone Round 3 run:

“It’s amazing, winning a match like this in front of so many people. It’s unbelievable… It was an amazing level from me. I got a bit nervous in the third set. I tried not to make too big a deal of this match, playing Andy Murray.

“Even if it was against me, I was trying to feel the energy. I felt goose-bumps, it was amazing.”

So could the only British seed in the women’s draw join Evans in Round 3? The teenage US Open champion Emma Raducanu had certainly shown all her Grand Slam class in her opener against fellow US Open champion Sloane Stephens, and on paper, her next opponent was less daunting.

Raducanu took on the 98-ranked Danka Kovinic, who had played one of the longest women’s matches in her opener to beat Jang Su Jeong in three hours 10 minutes. This, though, looked a bridge too far for the Montenegrin as Raducanu raced to a 3-0 lead with two breaks of serve—just as she had against Stephens.

But things would take a turn in Kovinic’s favour, as the Montenegrin began to find better range and broke, 2-3. The reason became clear when Raducanu called the trainer to tend blisters on her right hand. Back on court, Kovinic broke again and then held with some big-strike tennis off both wings. With the Briton’s hand clearly affected by the blisters, Kovinic broke again, five games in a row.

At last, Raducanu decided to go for broke on her powerful forehand wing, and her returns of serve, combined with some timely sliced balls, earned a break back, but now she had to serve to stay in the set. And a brilliant lob from Kovinic brought up three set points, converted courtesy of another painful error from Raducanu, 6-4.

The young Briton continued to mix things up well in the second set, breaking in the first game as the Montenegrin focused on the Raducanu backhand—perhaps mistakenly. Tactically, the Briton was playing a smarter game, using angles, slice and changes in pace to break up her opponent’s tennis, and held for 2-0. Raducanu was using every trick in the book, slicing on forehands, dropping balls short, even coming to the net for quick finishes.

But for all her improvisation, she saw her advantage taken back, 4-4. However, she regained it by boldly re-engaging her forehand for three winners and the break. The Briton went to face down break points, serving with greater penetration for the set, 6-4.

Now, Raducanu had a chance to change the dressing on her hand, and Kovinic took advantage of a comfort break off court. On resumption, it seemed that both women had found their best tennis at the same time. Kovinic fended off a break point in the opening game, and survived a nine-minute game and three more break points in the third. 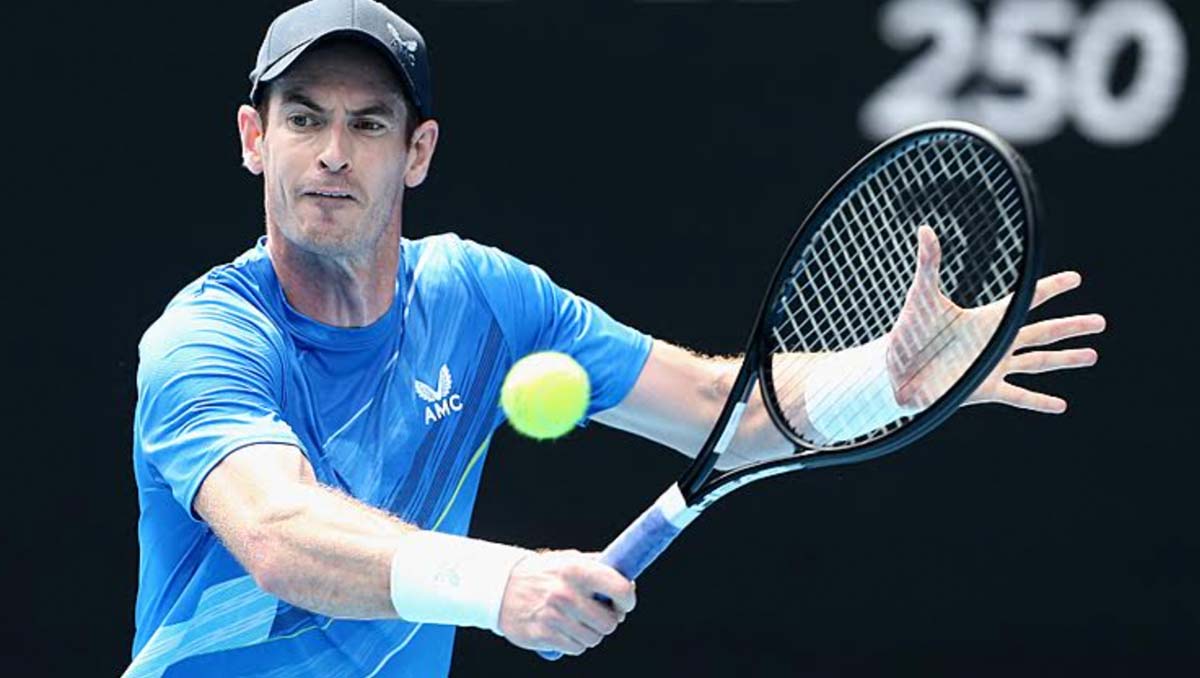 Now growing in confidence, she then broke Raducanu, only to have her concentration broken when a gull began swooping around the Margaret Court Arena: The Briton took full advantage to break back to love.

But the Montenegrin showed real resolve, wrenched back control, and broke again with a perfect lob: 4-2. She held to love, and the crowd tried to lift Raducanu to put the pain to one side for just a little longer. However Kovinic responded with a backhand winner to take set and match, 6-3, and like Daniel, reached the third round of Major for the first time.

Kovinic also became the first player representing Montenegro ever to reach the last 32 of a Major. However, to reach the fourth round, she will have to play No14 seed Simona Halep, a Roland Garros and Wimbledon champion and runner-up in Melbourne in 2018. The popular Romania took just 66 minutes to beat Beatriz Haddad Maia, 6-2, 6-0.

The only other Briton in the singles draws, Heather Watson, bid farewell in her second-round match against No29 seed, Tamara Zidansek, 7-6(4), 6-4.

Pundit names the one signing Chelsea FC need to make