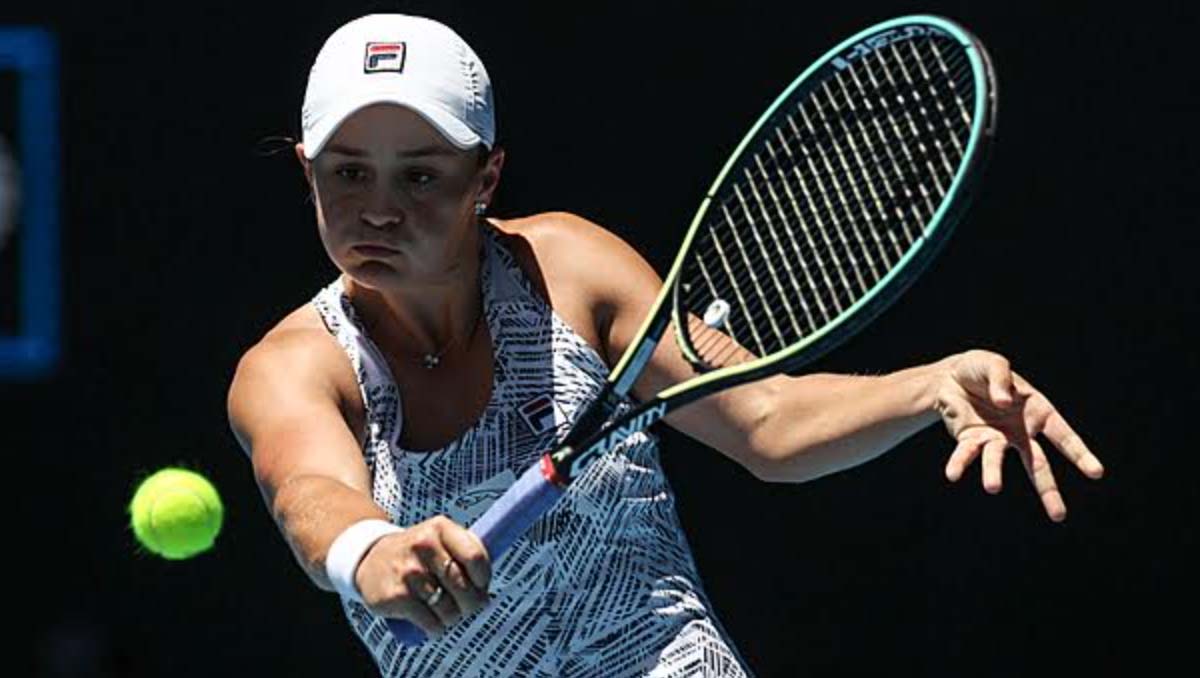 The top quarter, indeed the top half, of the women’s draw in Australia this year always promised at be a tough run for those with championship ambitions.

Three of the former champions were featured here— two-time champ Naomi Osaka, two-time winner Victoria Azarenka, and single winner Sofia Kenin. Kenin lost in Round 1 to a resurgent Madison Keys, but Azarenka, so long side-lined by injuries and personal family battles, was again proving what a force she can be when fully fit and happy.

She sailed past Elina Svitolina and into the fourth round for the loss of just two games, having conceded only nine games in total. And it would surprise few if she upset the rankings to beat French Open champion Barbora Krejcikova, too, after the Czech needed three sets to beat Jelena Ostapenko.

All that in a quarter headed by one of the form players of the last few months, No8 seed Paula Badosa. The Spaniard is actually at a career-high No6 in the ranks after winning her third title in Sydney last week. And that came after reaching the semis at the WTA Finals, and beating Azarenka to win the prestigious Indian Wells title.

Badosa dropped her first set of the tournament against Marta Kostyuk, and will again face an unseeded danger in Keys.

Such is the breadth and depth in the second quarter, but the first quarter—the one heading towards a semi face-off with this band of champions—is been no less formidable.

For a start, it is headed by Ash Barty, who has been world No1 for 110 weeks and counting, has won the French Open and is current Wimbledon champion. It is 10 years since the popular Australian made her main-draw debut as a 15-year-old, established a glittering doubles career, but then walked away for two years before returning as a more content, experienced player. And she has not looked back.

Last year, she won the Yarra Valley Classic, Miami 1000, Stuttgart, Cincinnati 1000 as well as Wimbledon. And still determined to control of her own career, she withdrew from the last months of the season to return home. It worked: She promptly won her first tournament in 2022 in Adelaide, and has cruised to what was scheduled to be a showdown with the other favourite for the Australian title against defending champion Naomi Osaka.

Barty has certainly made no mistakes along the way, conceding only three games in her opening two matches, but would she dismiss her first seed, No30 Camila Giorgi, in similar style? Indeed she could, losing only five games in another speedy victory.

She got off to a flier with an early break and a 3-0 lead before Giorgi found her range and held to love. They were both racing through games, until the seventh, where the Italian made three winners to earn break-back points, and then had a fourth chance. But Barty went on to ace the hold, and the pressure was immediately switched back to Giorgi’s serve. In under five minutes, Barty converted her second break chance to take the set, 6-2, in little more than half an hour.

The second set played out in a similar vein: Nothing between the two women for the opening few games, with straightforward holds on both side, but then Barty struck in the sixth game to break, and consolidated with a love hold, 5-2. Giorgi now had to break Barty for the first time, but she never came close: Another love hold by the Australia and she was into the fourth round, 6-3, after just one hour.

Meanwhile, the two-time former champion, four-time Major champion, Osaka, was attempting to keep up her side of the bargain to set that much-touted fourth-round showdown.

The Japanese superstar had taken a lot of time off the tour since her victory in Melbourne a year ago, withdrew early at Roland Garros, pulled out of Wimbledon, and did not play after the US Open. She needed time to take back control of her fame and the unrelenting limelight, talked of her depression in doing so, but was now back in her happy place in Australia.

A semi run at the Melbourne Summer Set event got her preparation up and running, and she had no trouble steaming into Round 3. But there, she would face the unseeded American Amanda Anisimova, who had already displaced No22 seed Belinda Bencic, and promised to bring her big-time game and athleticism to bear against Osaka.

And few could deny the spirit and resilience of the 20-year-old who had come back from her own off-court challenges.

Anisimova’s prodigious talent was clear as a junior: she won the US Open junior title just as she turned 16, and went on to win her maiden title in Bogota in 2019, age just 17. From there, she went on to reach the semis at the French Open, beating the defending champion Simona Halep along the way.

But things took a turn for the American of Russian descent when, as she dealt with a number of injuries, her father died suddenly in the late summer.

Of course, 2020-2021 would become challenging for all players as the global pandemic took a hold, and Anisimova was one who contracted the virus. But from a low of 86 during the Rogers Cup in August, she began to work back to form, not least with her first big run to claim the Melbourne Summer Set title in the first week of 2022.

But if there was a measure of how far Anisimova had come since that teenage promise had been knocked back by personal tragedy, this showdown with defending champion Osaka was it.

The two women were nip and tuck through most of the match, but an early break against the nervy Anisimova was all Osaka needed to take the first set, 6-4.

There was a reversal in the second, with Anisimova getting the single break and the set, 6-3, and with signs that her powerful, first-strike game was matching, if not out-hitting Osaka’s: The American’s winner tally headed upwards.

Come the decider, and each battled for the advantage. First Anisimova faced break point, then the defending champion had to save two, as they edged towards 2-2.

Anisimova made a statement love hold to level for 3-3, always playing catch-up: She had never led in the match. Osaka retained her grip on things from 0-30 down with some huge winning serves and a roared “Come on!”

The two were all square, 89 point apiece, as Anisimova cranked up the winners, now 37 of them, to hold for love, but Osaka answered in kind. The American would now have to serve to stay in the match. Sure enough, a couple of errors and Osaka had match point, but it was saved by some superb cross-court strikes to the lines by Anisimova.

A wayward backhand error by the American, and Osaka had a second match point, and on a second serve. This time, it was an Osaka error, and Anisimova held, and held again, to take it to a tiebreak, first to 10 points.

First blood and first point against serve went to Anisimova, and two big serves made it 3-0. Osaka made the next mistake on serve, too, to give the American an 8-4 lead at the next change of ends. And Anisimova did not blink, stayed true to her attacking tactics with a drive volley, and then an 11th ace, to put out the defending champion, 7-6(5).

Anisimova had hit 46 winners, to just 21 from Osaka, but afterwards focused on the off-court qualities of her opponent:

“I think she’s really inspiring… She just tells the truth about how she feels. She spoke about her mental health the last couple of years. I know she’s gone through a really tough year last year, so I kind of feel for her today…

“Last year was a huge struggle for me… but I really wanted to be having these moments again. Sometimes you doubt it, like what if I get injured and I’ll never be able to play in a Grand Slam again? Like, those thoughts try to creep up in my head sometimes.”

Those doubts did not show, and she paid huge credit to her team, and in particular her new coach, the highly experienced Darren Cahill, for her positive mindset. She also relishes the next challenge—one just as great as today’s: Ash Barty.

“She’s an amazing player. I look up to her a lot. I love her game. She’s very consistent. She’s a champion. So it’s just going to be exciting to go up against her, another amazing opportunity for me.”