Medvedev sails on, as six unseeded men in bottom half of draw reduced to just one 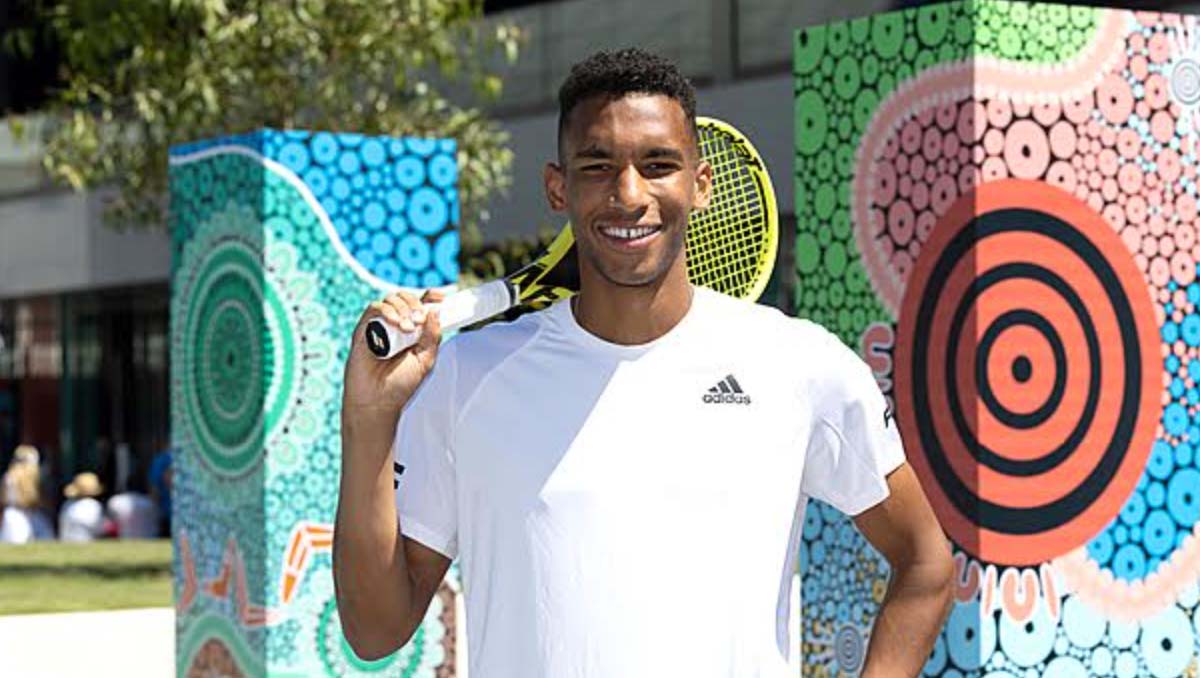 From one perspective, the bottom half of the men’s draw seemed to have been broken wide open by unseeded players. Among the 16 who, in theory at least, should have made up the third-round line-up, six had bucked the seeded trend.

At one end of this half, Casper Ruud’s withdrawal with injury, followed by that of Ilya Ivashka, ranked 47, opened the way for Pablo Andujar to work his way to Round 3 and a meeting with No32 seed Alex de Minaur.

At the other end, No29 Ugo Humbert contracted Covid just ahead of his opener against Richard Gasquet, and then the older Frenchman went on to retire to the 57-ranked Botic van de Zandschulp. The Dutchman’s reward was a meeting with top seed Daniil Medvedev for a second time: they met in the quarters at the US Open, where Van de Zandschulp was the only player to take a set off the ultimate champion.

And the holes punched in the bottom segment by the defeat of John Isner and Diego Schwartzman were the result of hot runs of form from Maxime Cressy and wild-card Christopher O’Connell. These two would meet for a place in the fourth round, and Cressy’s 2022 form—six wins to reach the final of the Melbourne 250 and a quarter run in Sydney—saw him through, 6-2, 7-6(6), 6-2, 6-2.

So the unseeded half dozen had made hay while the sun shone, but for all their achievements, the favourites to reach the final days in Melbourne were well and truly ensconced in the draw.

Medvedev, favourite for the title once Novak Djokovic had failed to keep his entry visa, was runner-up to Djokovic this time last year but went on to beat the Serb in the final of the US Open. He also reached the final of the Paris Masters and ATP Finals, and won all his matches in Russia’s Davis Cup victory.

No4 seed Stefanos Tsitsipas, twice a semi-finalist in Australia and runner-up at last year’s French Open, looked in good shape during his three and a half hour second-round victory, despite a persistent elbow problem at the end of last season. The Greek faced the talented but unpredictable Benoit Paire, who had never got beyond the third round of the Australian Open in 10 previous appearances. And Tsitsipas came through an entertaining four-setter 6-3, 7-5, 6-7(2), 6-4, after two and a quarter hours.

A sign of just how well Tsitsipas was playing was writ large in the Greek star’s stats: 21 aces, 47 winners for just 26 errors, and not a break point chance offered to Paire.

However, Tsitsipas may be tested even harder by his first seed in the fourth round, No20 Taylor Fritz. The American came through some top-notch opponents with flying colours, including compatriot Frances Tiafoe and then the super fit and resilient No15 seed, Roberto Bautista Agut, 6-0, 3-6, 3-6, 6-4, 6-3.

No5 seed Andrey Rublev was unable to play in the ATP Cup a fortnight ago due to contracting Covid in December, but had stormed to the third round in Melbourne with ease. But of the top seeds, he faced a tough opponent in No27 seed Marin Cilic, a former finalist in Australia and former Major champion at the US Open.

The 33-year-old Cilic had struggled with form since 2018, however, only to show signs of his old self last season with two titles from four finals. He had also got some good sessions under his belt since arriving in Australia, with semi runs at both Adelaide tournaments. And he had been producing some inspired, passionate tennis to reach this Rublev showdown.

Sure enough, the tall Croat was on the attack from the first, staying with the young Russian to nab the first two sets: In the first breaking at the final moment, 7-5; in the second, taking it on a tie-break, 7-6(3). He was making winners at will, and that continued into the third set, this time with an early break, 2-1. However, Rublev dug deep in the face of the assault to get a break back, and held with a punch of the fist, 4-3. He then broke again, and held for the set, 12 points in a row, 6-3.

Cilic hit straight back, though, drawing on years of experience and renewed passion, to break early, 3-1, and went on to a popular win, 6-3. And he would go on to face the winner from what promised to be another entertaining match-up between the No9 seed Felix Auger-Aliassime and the only remaining Briton in either draw, No24 seed Dan Evans.

The 21-year-old Canadian had been tipped for the top since junior days, and was increasingly proving fans and pundits right. He arrived in Melbourne on a high, having broken the top 10 for the first time following his win, with friend Denis Shapovalov, at the ATP Cup—which was Auger-Aliassime’s first ATP title after reaching eight previous finals.

But Evans has thrived in Australia, won his first title in Melbourne a year ago, and arrived this time with several good wins under his belt at the ATP Cup and Sydney Classic.

The Briton was well rested, too, having cruised past David Goffin in the first round and then enjoying a walk-over into the third round. In contrast, Auger-Aliassime had made a five-set comeback over Emil Ruusuvuori in Round 1, and then played a marathon four-setter to beat Alejandro Davidovich Fokina, 7-6(4), 6-7(4), 7-6(5), 7-6(4).

What is more, Evans had beaten the young Canadian in their only previous meeting, on the way to that Melbourne title a year ago.

Their match began in great style, with the powerful, rangy younger player going toe-to-toe with the nimble, creative 31-year-old Evans. Auger-Aliassime, with his greater fire-power and front-foot style of play, made more winners, but also more errors than the smaller Briton. And it was Evans who worked the first break chances in the match, but could not convert. Instead, serving to stay in the first set, Evans wavered for the first time, and the Canadian took full advantage to convert his first break point, 6-4.

“It was a bit of a snowball effect. I was nervous, it was difficult, and it was a big opportunity… I didn’t take care of business when I had break points, so that made it a little worse for how I was feeling.”

From then on, it was the Canadian who dominated all the way to the winning line. He made hay off the Evans serve, making first-strike winners to break twice, 4-0. He sealed the set, 6-1, with 12 winners to just one from Evans, and in the third set, Auger-Aliassime dropped only one point on serve in 15 deliveries.

Again the Briton could make little headway, smashed a racket in frustration, but finally conceded the match, 6-1. The Canadian, who by now had the John Cain Arena fans in the palm of his hand, finished with 40 winners to only 21 errors.

He admitted that his first experience on ‘the people’s court’ had been a thrill, and added:

“It is tough not to feel better, it is one of the best Grand Slam performances I’ve had… Everything was working for me today, I’m happy to be through in straight sets.”

He will next play Cilic for the fourth time—and he has lost to the Croat in all three previous matches.

Evans, meanwhile, admitted that he had learned some lessons, not least how to deal with a four-day break in the schedule because of a walk-over. But he will take plenty of positives into the next couple of months:

“I started the year well, I’ve had some good wins, had real momentum going into the match… I’ve got to forget about it—would be another mistake if I keep worrying about that match what’s just happened, so it’s just time to park it and move on. Doha, Dubai, Indian Wells, Miami, they’re all big tournaments and onto my favourite surface.”

So with each match played late into the Melbourne evening, order was beginning to restore itself in the bottom half. For Andujar lost to the home favourite de Minaur, 6-4, 6-4, 6-2, and the Aussie will next play the 20-year-old No11 seed Jannik Sinner, who put out qualifier Taro Daniel, 6-4, 1-6, 6-3, 6-1. It was Daniel who beat Andy Murray in Round 2.

The only remaining unseeded man is now Cressy, though his win over wild-card O’Connell delivers Medvedev next. He joins two unseeded men in the fourth round in the top half: Adrian Mannarino and Miomir Kecmanovic, who play Rafael Nadal and Gael Monfils respectively.