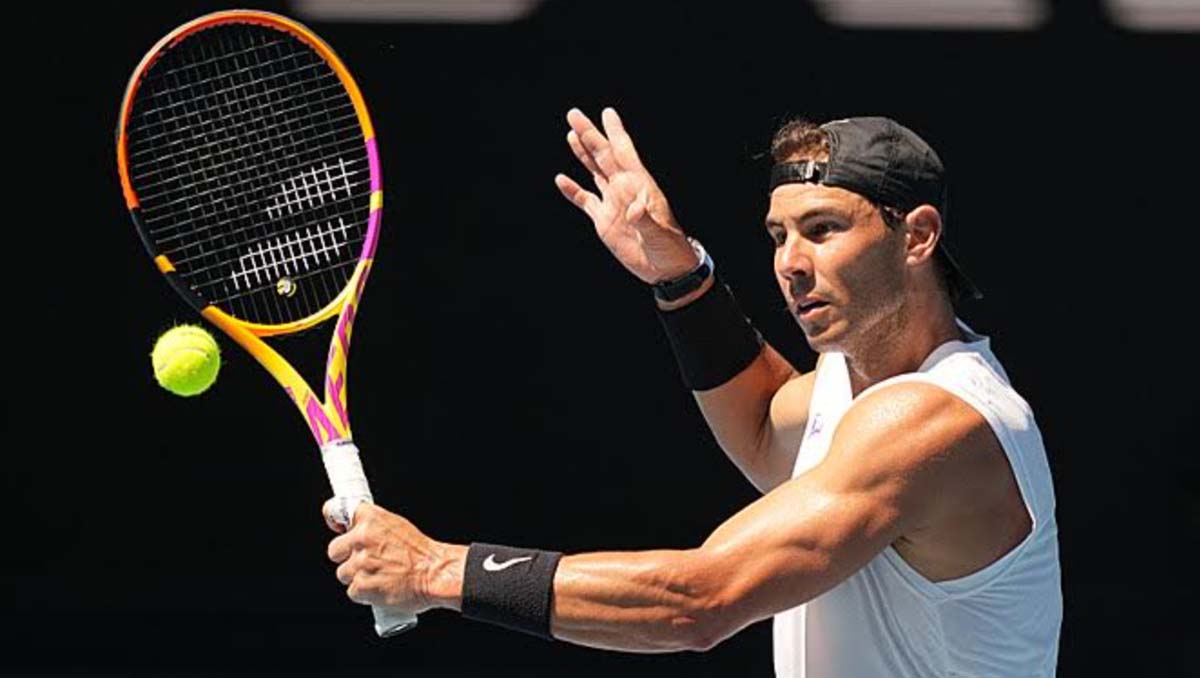 The 2022 Australian Open had been making headlines worldwide for two weeks before a ball was hit in main-draw competition.

The arrival, detention, visa cancellation and reinstatement of defending champion Novak Djokovic has dominated proceedings not just in Melbourne but across the world.

Finally, less than a day before the top halves of both singles draws got under way, the most celebrated player in the tournament was beaten, not by a fellow player but by the visa regulations in Australia surrounding the Covid pandemic.

The man who was going for his 10th Australian title and a record 21st Major was already back in homeland Serbia before the first day’s play was completed, and with his place at the top of the draw taken by lucky loser Salvatore Caruso.

His parting words to Australia said:

“I am uncomfortable that the focus of the past weeks has been on me and I hope that we can all now focus on the game and tournament I love. I would like to wish the players, tournament officials, staff, volunteers and fans all the best for the tournament.”

His wish was quickly granted. The players due to get their campaign under way on opening Monday finally had their schedule confirmed, and the man who almost certainly expected his stay in the draw to be painfully short, the 22-year-old compatriot of Djokovic, Miomir Kecmanovic, faced not the man who had been world No1 longer than anyone else in men’s tennis but the 150-ranked Italian Caruso. And not on the Rod Laver Arena but relegated to the 1573 Arena.

The Serb won with ease, and will next play Tommy Paul. But there are others besides Kecmanovic whose view of the next fortnight in Melbourne without Djokovic may look a little brighter. For the nine-time champion headed a heavyweight half with former champion Rafael Nadal and Alexander Zverev, who as the No3 seed, took over the prime-time night slot on Rod Laver.

Nadal, though, became the only former champion in the draw, and the only man in Melbourne who could break the tie with Djokovic and the injury-absent Roger Federer and their record 20 Majors.

The Spanish No6 seed had also reached four further finals in Melbourne, falling short of the quarters only once since 2005. And having missed the last five months with a foot injury—and this would be his first Major since Roland Garros last year—he showed he was back in good shape by taking his 89th title at the ATP250 in Melbourne a week ago. Now, he put down a marker in his opening match with a convincing win over No66 Marcos Giron, 6-1, 6-4, 6-2.

Nadal might have anticipated that he would meet one of Melbourne’s favourite sons, the resurgent Thanasi Kokkinakis, who won the Adelaide 250 last week after repeated injury setbacks. But instead, if the Spaniard is to maintain his assault on a second Australian Open—and with it a second career Grand Slam—he will face the German qualifier, Yannick Hanfmann.

For Zverev, there are other but equally compelling targets this fortnight. The Olympic gold medallist, a former semi-finalist in Melbourne, won his second ATP Finals title in November, and his fifth Masters title last August. And although he reached the US Open final in 2020, he was yet to win a Major title.

But the level of his six titles last season has made him one of the favourites among the phalanx of 25-and-under players—eight of them—packed into the top 10. Only Daniil Medvedev among their number has won a Major thus far: the world No2 battled to the US Open six months ago. Zverev, though, arrived in Melbourne as one of three who had reached a Major final, and was perhaps the favourite alongside Stefanos Tsitsipas and Matteo Berrettini to join that exclusive club.

He faced fellow-German, the single-handed No91 Daniel Altmaier, who put up a sterling defence in a two-hour 39-minute contest that thrilled the centre-court crowd. The No3 seed came through with some all-guns-blazing tennis that saw him attack the net with enthusiasm, 7-5(3), 6-1, 7-6(1), but it had been a great work-out in preparation for what is sure to be a lung and leg busting match against one of Australia’s own, John Millman, who beat 40-year-old Feliciano Lopez in four sets.

Also in the Zverev-Nadal quarter, there were wins for Denis Shapovalov, Reilly Opelka, Hubert Hurkacz and Nadal’s first scheduled seed, Karen Khachanov. However, Zverev’s first seed was one of the losers: Lloyd Harris went out to wild card Aleksandar Vukic.

In Djokovic’s quarter, the Serb’s absence left Wimbledon runner-up Berrettini as the top seed, No7, and despite a stomach bug, the Italian came through, as did the brilliant teenager, Carlos Alcaraz, seeded in a Major for the first time at No31.

Playing for the first time since winning the NextGen Finals in Milan, Alcaraz has been tipped for the top with his powerful yet fleet-footed tennis: He won his first title last season in Umag and went on to reach the quarters at the US Open.

The in-form Gael Monfils, seeded 17 and fresh from winning his first title in two years in Adelaide, beat Federico Coria, 6-1, 6-1, 6-3, as did the other seed in this mini-segment, No16 Cristian Garin.

However, in this same segment, the top-ranked Briton Cameron Norrie, seeded 12, lost out to the fast-rising Sebastian Korda, 6-3, 6-0, 6-4, continuing his tough start to a year that began with three losses at the ATP Cup. Last year, the Briton rose up the ranks with some stand-out wins to take two titles from six finals—including the prestigious Indian Wells title.

However, more Britons, including US Open champion Emma Raducanu and the Sydney runner-up, Andy Murray, play on Tuesday.