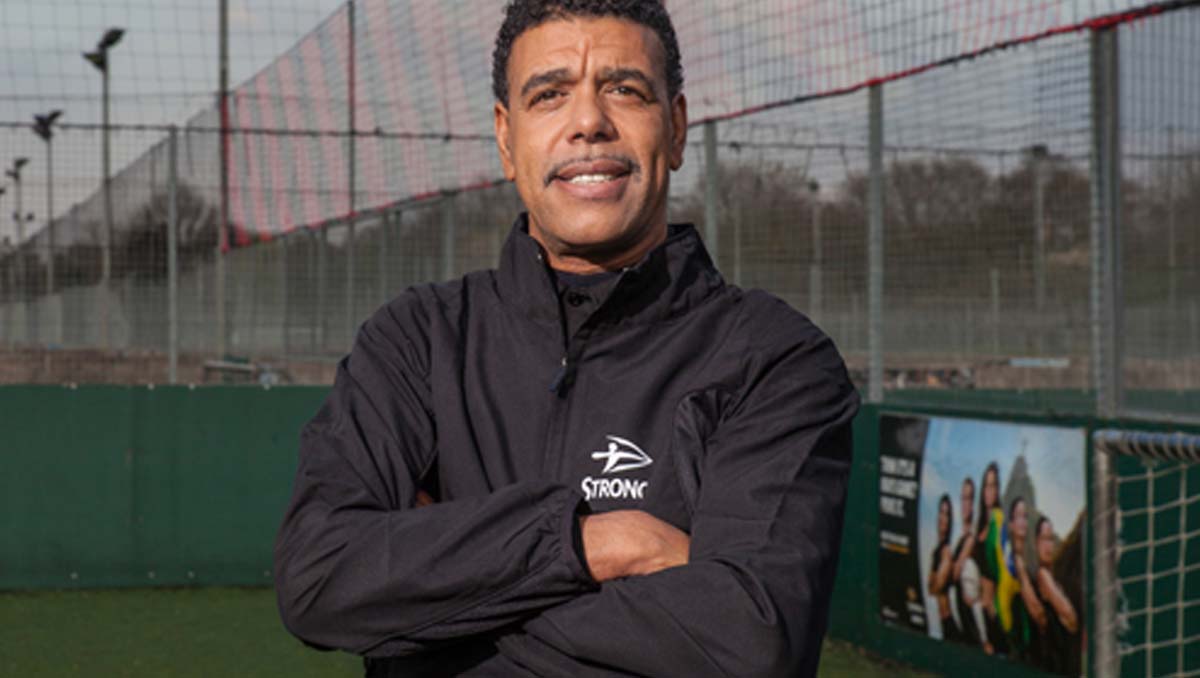 We caught up with former Portsmouth and Brentford midfielder Chris Kamara to hear his thoughts on how the title race is shaping up and what the rest of the season holds in store for his old club Leeds United.

Chris will be bringing his iconic commentary along to host matches organised as part of eBay UK’s Dream Transfer campaign, where football fans across the country are being given the chance of a lifetime to sign football legends Roberto Carlos and Eni Aluko to their Sunday League teams for one unforgettable match.

We chatted to Chris to learn his thoughts on the season so far in the Premier League and also hear more about his involvement in the campaign.

What have you made of the Premier League title race up until this point? Do Liverpool FC and Chelsea FC still have a chance of catching Manchester City?

Well, it depends whether Pep [Guardiola] is going to get himself a centre-forward or continue in the same way that he has.

I think loads of people thought at the end of the August transfer window when he didn’t get [Cristiano] Ronaldo and he went to Man United… everyone thought that goals were going to be in short supply.

Pep being Pep, he has just changed slightly how Man City have played, they don’t need a focal point up there as a central striker. He’s just moved things around, moved players into different positions and all of a sudden, teams are coming up against a different formation and not being able to cope with it.

If he had’ve signed Ronaldo, I bet you he would have had 25 goals by now if he’d been in that Man City team. His heart was at Man United, Sir Alex Ferguson spoke to him about going to Man United. He’d probably say forever that it was the right decision, but you just look at Manchester United now, and he’s coming to the twilight of his brilliant career, I think he might look back at that and think, ‘should I have gone to City?’.

Liverpool FC are going to lose Mohamed Salah and Sadio Mane this month for the African Cup of Nations – do you think they need to be bringing in cover for them this month?

There’s normally one or two teams that you look at. This year there are three teams who you look at and think are head and shoulders above the others. Liverpool are in there, it just happens to be that the playing style Pep has got at Man City at the moment is slightly better than anywhere else, and it suits those players. Football’s not been reinvented, it just happens that it goes through phases. And this phase seems to be Manchester City’s one.

If Liverpool and Klopp have identified any players that could enhance their squad in January while they lose Salah and Mane, they could still challenge this year.

What do you make of Manchester United this season? Do you think they can make it into the top four?

It’s early days with the new manager. When someone new comes in, we all expect them to wave a magic wand and things are going to be fine. But it’s the same players, the same old problems, that are still there now. Unless he identifies a pattern of play for Manchester United, they’re going to stay the same at the moment – good results, bad results, inconsistencies along the way.

But they’re not too far away, they’re really not. They’re like any other team in the Premier League. They could put a run together and make into the top four. That [the top-four race] is not finished for them year.

What are your thoughts on Leeds United’s second season back in the Premier League and do you think they need to dip into the transfer market this month?

Yeah, I suppose so. I think Marcelo Bielsa has been wrongly judged this season. Basically, the injuries that Leeds have had to key players… all clubs have injuries but some of Leeds’ best players, Kalvin Phillips, Patrick Bamford, to name but two, have been out injured for long periods. They were the stars last season. Kalvin Philips could play in any Premier League side and would enhance that side.

Bielsa’s being judged on the players that he brings in, and I listen to other pundits and they say that basically he should change his style of play to suit the players that he’s got. But he seems to be a man of principle – ‘you fit into my squad and play the way I ask you to play, if you’re not good enough you’ll be taken out’.

I do believe their squad is threadbare, but he just seems to be that type of manager that gets on with it [with] no complaints. Success on the football field seems to be the players saying that Bielsa is the best coach they’ve played for, not the trophies they’ve won.

You could see Bielsa managing Manchester City and City being the way they are now – in fact, maybe even slightly better. We’ll never know. There aren’t many managers who could follow Pep into that job, but he would be a shoo-in. He’s doing a great job at Leeds, but if you look at the candidates for when Pep leaves, he would be one of those names. 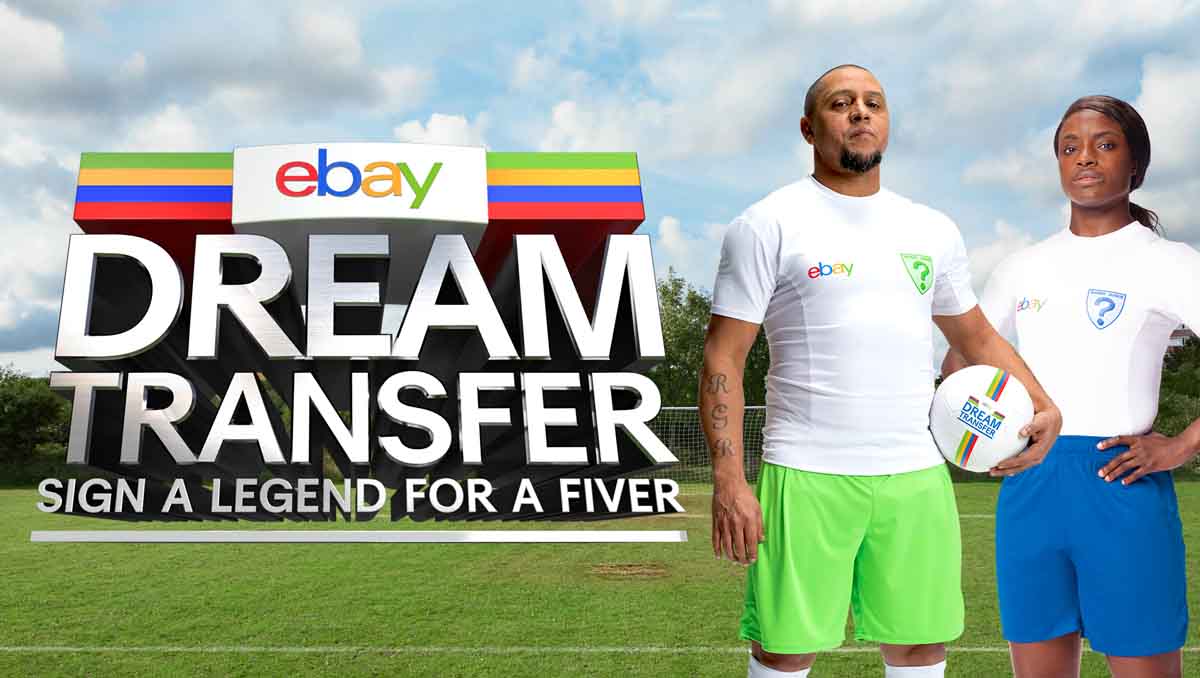 Well, it’s actually unbelievable! When I heard about it and they said the name ‘Roberto Carlos’, I went, ‘you’re joking aren’t you?’ He’s going to play for a Sunday League side. We’ve also got Eni Aluko, whose playing career is absolutely brilliant as well.

Roberto Carlos, if he’s playing in your team, the opposition have literally just got to give a free-kick away 40 yards from goal and [you] let him strike one. To this day, it is still, in my opinion, the best free-kick I have ever seen.

It was something I really wanted to get involved in. And then they said it’s also going to be helping Football Beyond Borders, which is a charity close to my heart.

Many of the players who I played with in Boro boys’ team, and there were some really good players, got released. I can go back to Middlesbrough now and find them in a social club sat in the corner with their dreams.

I realised I let myself down at school, and Football Beyond Borders is such a fantastic charity, helping these young people get an education, which can be accepted in later life. I was lucky, thank God for the career I’ve had. But I just know it could have been so different.

How important is it for you to support a charity like Football Beyond Borders?

It’s really important. Like I said, I know some really good friends of mine, who I played with at school, who have spent the last 40 years signing on the dole – they’ve not made anything with their lives. And that’s why this charity is so important. Education is the key.

It’s a long time from the age of when you leave school or university – the rest of your life until you retire. It’s so important that you’ve got educational skills and job skills to take you through.

Even when I finished playing at 38, I was so lucky to fall into coaching and then management. If I hadn’t have fallen into that, what would I have done? Taxi driver, pub landlord… who knows? It doesn’t bear thinking about.

How big a role do you think football can play in helping young people from disadvantaged backgrounds be given a good start in life?

A lot of football clubs help the community and people don’t hear about it. All they talk about is the amount of money the footballers are on and that type of stuff. But football clubs – certainly the ones that I know near me like Middlesbrough, Leeds United and Sheffield United – all those clubs really have the community at heart. I’m sure that other clubs do it as well. It’s so important that they give something back to the community. Most of the clubs do that.

This transfer window season, eBay UK is giving football fans across the country the chance of a lifetime to sign football legends Roberto Carlos and Eni Aluko to their Sunday League teams for one unforgettable match.

The Dream Transfer means that anyone from a humble Sunday League team can throw their hat in the ring to sign a legend off eBay for only £5 – the price of a pint – all to support Football Beyond Borders, a charity that helps disadvantaged young people in the community.

Carlos and Aluko will each join one winning Sunday League team at the end of the Transfer Window, and could play in any part of the country – from Devon to Dundee. Everyone’s favourite midfielder Chris Kamara will also be bringing his iconic commentary along to host the matches in February.

You can enter for the chance to play with Roberto Carlos here, and Eni Aluko here.