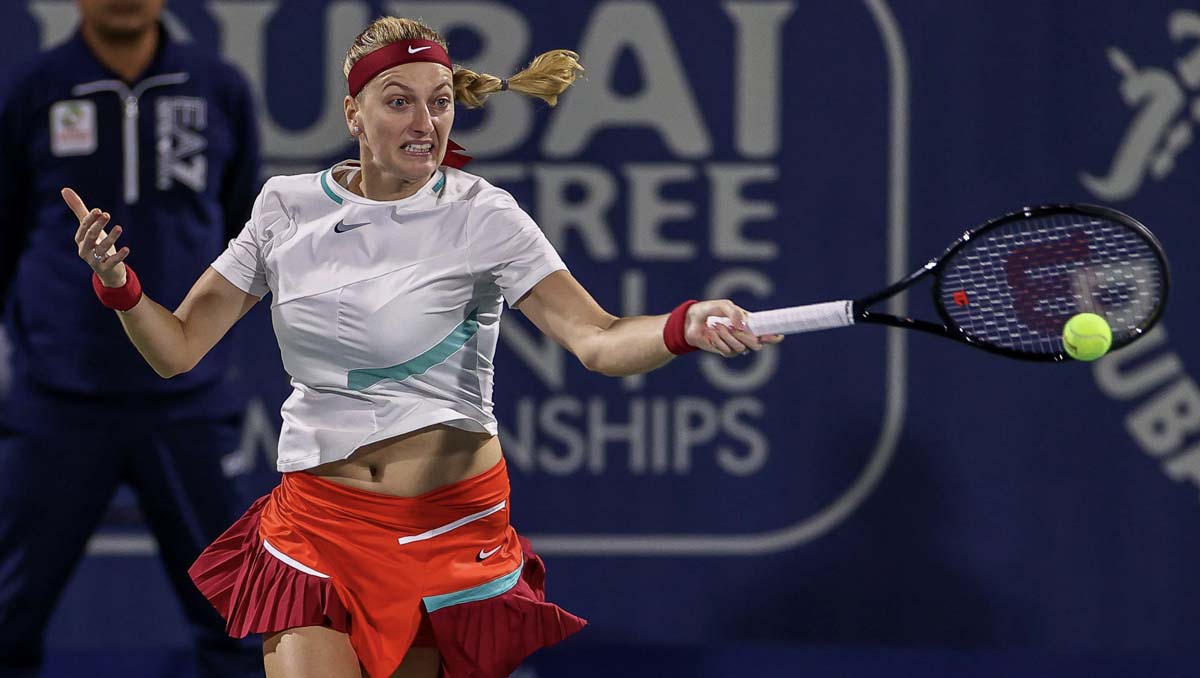 Nine former Major champions, six former Doha champions, and eight of the 10 top-ranked women in tennis have converged on Doha for the first WTA1000 tournament of the year.

It comes hot on the heels of its sister event down the coast in Dubai: These two tournaments alternate the status of 500 and 1000, and it is Doha’s turn to have the WTA’s highest level this year for its 20th anniversary.

Their proximity, perhaps not surprisingly, has ensured that both events are packed to the gunnels with the cream of the WTA. Not that the top seeds fared especially well in Dubai, though the title did go to the unseeded former French Open champion Jelena Ostapenko.

And she, with fellow finalist Veronika Kudermetova, will again be trying to cause a few upsets. Between them, they put out six Major champions on the way to the title match, and will likely have to do the same if they are to converge for a repeat meeting—though the two cannot meet in the final this week, as both are in the bottom half of the draw.

At least Ostapenko has a seeding this time, No15, despite being propelled to her highest ranking in several years, courtesy of the Dubai win, up to No13. But while Kudermetova’s career-high No25 did not achieve the same privilege, if she could beat lucky loser Arantxa Rus in Round 1, she would at least not face the expected threat of No10 seed Elina Svitolina, but instead the 42-ranked Tereza Martincova, who came through a three-hour three-setter to beat Svitolina, 6-7(2), 7-5, 7-6(5).

Without the byes meted out to the top eight seeds, they would be playing sooner rather than later, and sure enough Ostapenko was on court come Monday and continuing where she finished off: a 6-4, 6-2 win over her Round 1 opponent, Oceane Dodin. She next faces the powerful American Amanda Anisimova, who beat Beatriz Haddad Maia on Sunday.

Ostapenko’s first seed is scheduled to be Barbora Krejcikova, who has a first-round bye in her debut appearance in Doha, followed in the quarters perhaps by the winner between two-time former champion Victoria Azarenka or WTA Finals champion, Garbine Muguruza.

The former took her first step to that showdown with a battling win over Yulia Putintseva after two hours 50 in three sets. As for Muguruza, a two-time Doha finalist, she will need to win back-to-back matches for the first time this season to reach a quarter-final meeting with Ostapenko or Krejcikova. She passed her first test against Sorana Cirstea after a slow start, 7-6(4), 6-1, to reach the third round.

At the very top of the draw, though, was 2020 champion and world No2 Aryna Sabalenka, and while she had a bye in the first round, her segment was an intriguing one. Her first opponent would be wild card Alize Cornet, followed by, on paper, No13 seed Angelique Kerber, though the German has played—and lost—only one match this season.

And with another wild card and former champion, Vera Zvonareva, beaten in her opener, the unseeded woman with the potential for an upset was Kerber’s first opponent, Jil Teichmann, runner-up in Cincinnati last year, and with six matches in Dubai on her way to the quarters via qualifying. Sure enough, she edged a close three-setter after just over two hours, 4-6, 6-3, 6-2.

Beyond that, Sabalenka would see the next highest seed as Iga Swiatek—who will play Swiss Victorija Golubic in her opener. Then in the second quarter, Paula Badosa and Maria Sakkari are the big seeds, but also buried in this section were two Major champions and an Olympic champion, all unseeded.

Tauson will now play Badosa for a second time, having won their first encounter last year, and in this tough segment, she is likely to prove dangerous to all-comers. She won her first two WTA titles last year, age 18, and beat world No9 Anett Kontaveit at the Australian Open. And if she beats Badosa, she could meet another teenager in the shape of No14 seed Cori Gauff.

That became a possible scenario after the unseeded former champion Simona Halep went out at the first hurdle, in difficult windy evening conditions, to Caroline Garcia.

The French woman, currently ranked 76 and a former top-five player, had only beaten Halep once in eight previous meetings, and that came during her best run of form in 2017, when she won back-to-back WTA1000 titles in Wuhan and Beijing en route to a career-high No4.

In the difficult conditions, both women struggled to hold their serve early on, but eventually Garcia’s aggressive shot-making made inroads, forced errors, and Halep looked increasingly uncomfortable—rather as she had against the similarly attacking Ostapenko in Dubai last week. Here, Garcia got the upper hand to open the second set with a break, and served out the win, 6-4, 6-3. She next faces Gauff.

What then of defending champion Kvitova, ranked just one place outside the seeds after her quarter-final run in Dubai last week via top seed Sabalenka?

Her record in Doha is the most formidable in the draw, with 20 match wins, and two titles from three finals in her last three visits.

In the third quarter vacated by Svitolina and headed by No8 seed Ons Jabeur, Kvitova opened against a familiar opponent, Irina-Camelia Begu, who beat her a fortnight ago in St Petersburg‚ which was her first win over Kvitova in six meetings. But the popular Czech’s love of this region shone through a swift win in under an hour, 6-3, 6-1.