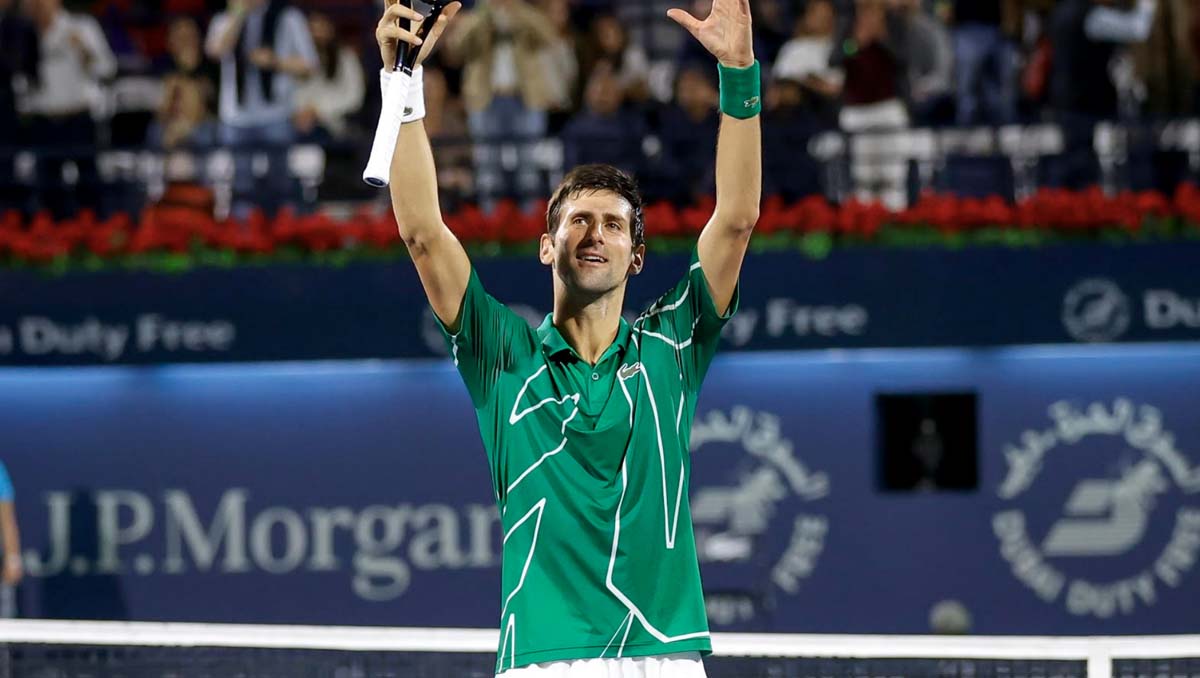 Late February heralds the heads-down-serious preparation for the biggest Masters month in the ATP tennis calendar: Indian Wells and Miami fill March with their 96-player draws.

For on opposite sides of the world, and a full 10-hour time difference apart, two of the most popular ATP500s get under way on appropriately warm, hard courts and with appropriately top-flight draws.

Dubai was always the jewel in the crown in this week of the calendar, but since Acapulco switched from clay to hard courts in 2014, its location—a moderate flight from the home of Indian Wells—and conditions have drawn the big names in their droves. Twice in its last four editions it has been voted the favourite 500 on the tour, in a category dominated by Dubai for over a decade.

What makes Dubai front and centre this year, however, is the participation of five-time champion and world No1 Novak Djokovic, who is playing for the first time in 2022 after being forced to abandon his Australian Open campaign due to Covid-associated visa regulations.

And one of the repercussions will be played out in Dubai—and Acapulco. For while Djokovic was unable to defend his 2021 Australian winner’s points this year, world No2 Daniil Medvedev could, and did, defend his runner-up points.

Djokovic is also due to lose his winner’s points from Dubai in 2020 come the end of February—a delayed drop courtesy of Covid postponements and cancellations after the tournament that year.

Meanwhile, Medvedev tops the seeds in Mexico, and if he wins the title there, he will take over the No1 position irrespective of whether Djokovic wins Dubai or not. Indeed, the Russian needs only to keep one step ahead of Djokovic in wins through their respective weeks, and he will grab the top spot.

So in theory, the US Open champion is in charge of his own fate, except that Acapulco has attracted a line-up that will test the Russian at every turn. For Djokovic is the only man in the top six not among the seeds, and it so happens that the Australian Open champion Rafael Nadal has fallen into Medvedev’s half of the draw.

Then, Stefanos Tsitsipas and defending Acapulco champion Alexander Zverev are lined up to contest the bottom-half semi-final.

However, should Medvedev succeed in Mexico, he would become the first player not named Djokovic, Nadal, Roger Federer or Andy Murray to reach No1 since Andy Roddick more than 18 years ago. And the Russian would join Murray as the only first-time No1 since Djokovic first reached top spot in July 2011.

Whatever the outcome at the end of next week, though, the Serb will continue to hold the record for weeks at No1 by a country mile, after overtaking Federer’s 310 weeks a year ago to notch up at least 361 weeks. And in truth, it is hard to see that record ever falling.

So what of Djokovic’s draw and, with it, his chances of a sixth Dubai title and holding off the No1 challenge?

While he will not face a top-five opponent, there is strength and depth, as always, in Dubai, and especially in its array of younger stars.

Andrey Rublev, who has just won a career ninth title in Marseille, is No2 seed, and he has drawn Dan Evans, the 2020 semi-finalist, for his opener. The Russian, however, has lost both previous matches to the Briton, who is very much at home—literally—in Dubai.

Rublev could then, in the quarters, meet the player who beat him in the 2021 Dubai semis on his way to the title, Aslan Karatsev. The Russian also won his first tournament of 2022 in Sydney last month.

The winner of this quarter will face the last man standing from a particularly difficult section headed by the 20-year-old No4 seed Jannik Sinner, who will play another young talent, Alejandro Davidovich Fokina, in Round 1.

In another stand-out opening match, Hubert Hurkacz will have to face the 31-ranked Alexander Bublik, who stormed though Zverev to win the Montpellier title a fortnight ago. And here, too, is veteran wild card Murray, looking to build on the form he showed in Sydney at the start of the season. He won Dubai in 2017, but has picked up just one title since, as he continues to clamber back up the ranks after two bouts of major hip surgery.

The newest arrival in the top 10, 21-year-old Felix Auger-Aliassime, fresh from his first title run in Rotterdam and a final finish in Marseille this week, is a possible semi-final opponent for Djokovic, though he could face his friend and fellow Canadian, No12 Denis Shapovalov, in the quarters.

Both young men, however, have tough openers in the shape of Nikoloz Basilashvili and Marton Fucsovics respectively. It will, too, be a big ask for both Auger-Aliassime and Rublev to recover from back-to-back European tournaments finals after heading overnight to the very different outdoor conditions of Dubai.

For the Canadian especially, with a 15-4 season in his legs—the ATP Cup title, quarters at the Australian Open, title in Rotterdam and runner-up in Marseille—it is hard to see another deep run on the cards.

However, Djokovic has been drawn in a tricky top quarter with Doha champion and world No16 Roberto Bautista Agut, though the Spaniard could face trouble against Marin Cilic in the second round. Meanwhile, Djokovic opens against one of the rising stars on the tour, wild card Lorenzo Musetti, with either Karen Khachanov or Alex de Minaur in the second round.

But there is no doubting that Djokovic will be supremely fresh, fit and eager to get back into the fray—and to do all in his power to stave off the threat to his No1 status.

Of course, it may end up being out of his hands, though Medvedev will have to hit the ground running against the unpredictable and often dangerous Benoit Paire in Acapulco, and be ready to take on the might of Nadal—or Matteo Berrettini or Dallas champion and Delray Beach finalist, Reilly Opelka—in the semis.

Medvedev reaches No1 if…

· He wins the Acapulco title, regardless of Djokovic’s results in Dubai