Former champion Bautista Agut out, but Shapovalov and Hurkacz advance 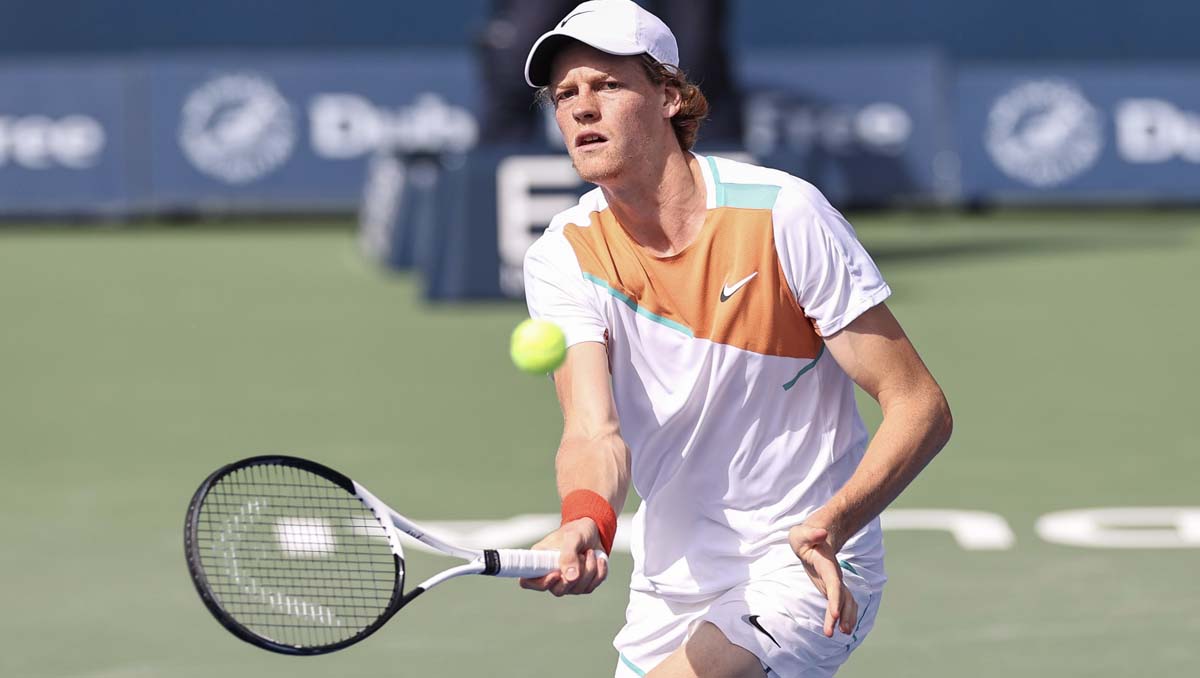 No4 seed Jannik Sinner denied Andy Murray his 700th career victory on Wednesday when he defeated the former world No1, 7-5, 6-2, to reach the quarter-finals of the Dubai Duty Free Tennis Championships.

Sinner, who had saved three match points against Alejandro Davidovich Fokina in the first round, was never under serious pressure from 2017 champion Murray, not facing a break point, although it took until late in the first set for him to gain the advantage. Sinner, who failed to convert two break points at 2-2, finally made his breakthrough at 5-5, breaking Murray to love before serving out the set.

No2 seed Andrey Rublev, here after his victory run in Marseille on Sunday, also advanced to the quarters, but he was pressed hard by the big-hitting power of Soonwoo Kwon, who he had beaten with relative ease at the same stage in Rotterdam a fortnight ago. The Korean broke in the first game, and had set point at 5-3, ultimately serving out the first set, 6-4.

Rublev eventually turned things around in the second set, but not before needing five break points to lead 2-0 and another four to break a second time for 4-0. After sealing the set, 6-0, there was just one break separating them in the decider: 6-3 to Rublev.

The Russian will face Mackenzie McDonald for a place in the semis after the American followed up his first-round victory over defending champion Aslan Karatsev by beating Filip Krajinovic, 6-4, 7-6.

It appeared as though Djokovic would have a comfortable evening against the big Russian as he took the first set in just 32 minutes. The second set, though, took well over an hour, and although the top seed broke in the second set to lead 2-1, he then had to fight off three break points to hold the next game. And as Khachanov grew in confidence, he broke Djokovic to level at 4-4. But come the tie-break, it was all Djokovic, 7-2.

In other second-round matches, qualifier Jiri Vesely beat No8 seed and former Dubai champion, Roberto Bautista Agut, 6-2, 6-4, while No6 seed, Denis Shapovalov ended the run of qualifier Taro Daniel, 6-4, 6-3, and will face qualifier Ricardas Berankis, who advanced against Alexei Popyrin, 6-4, 7-6.