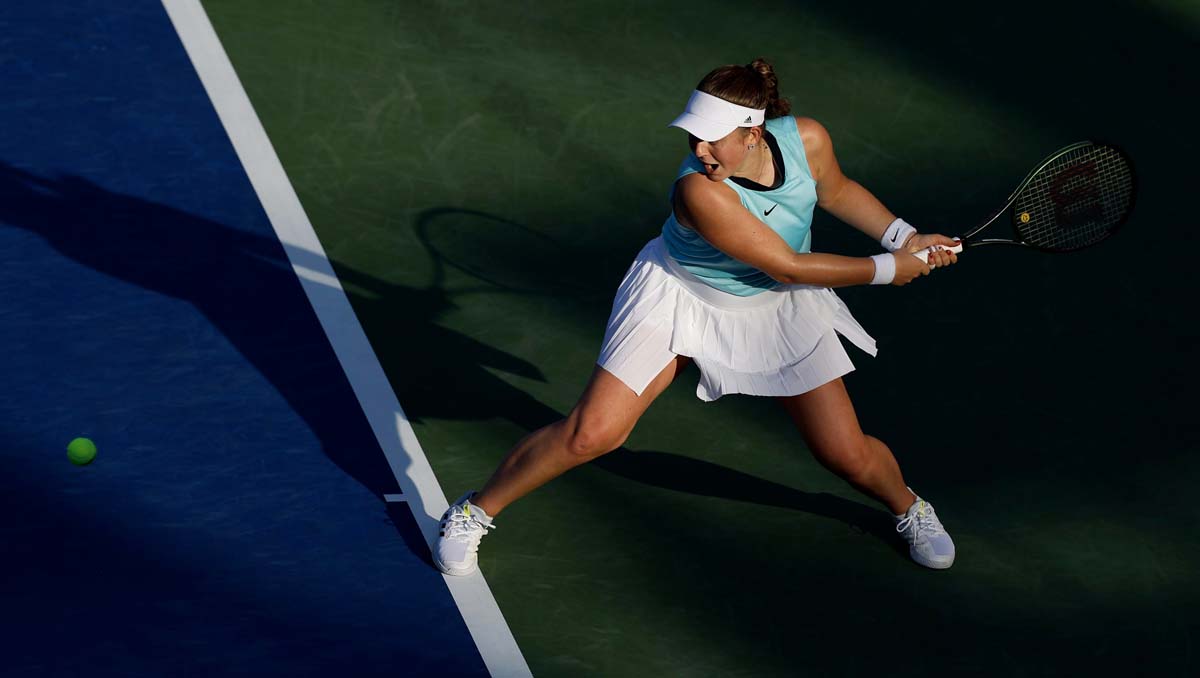 Jelena Ostapenko made an unforgettable impression almost five years ago when, a day after turning 20, and ranked 47 in the world, she won the French Open.

By the end of that year, she had qualified for the WTA Finals, and went on to hit a career-high No5 the next spring. She made the final in Miami, and the semis at Wimbledon, too, yet the titles did not flow with the pace and intensity that many had perhaps expected.

There followed a loss of form, a slip in the ranks, a few niggling injuries, and several changes of coach, though a period with Marion Bartoli in late 2019 resulted in two finals in two weeks, and winning the title in Luxembourg.

At last, in 2021, Ostapenko won her fourth title, as a wildcard, in Eastbourne, reached the Luxembourg final, and then the semis in Indian Wells, and come 2022, the improved form continued into the semis in St Petersburg and a ranking by Dubai of 21.

But when the draw unfolded a week ago, there were probably few who expected Ostapenko to make a breakthrough run to the final. Of eight former Major champions among the 32 women, she was one of five of them in the top half, literally rubbing shoulders with three others in the top quarter.

After putting out Sofia Kenin with ease in her opener, Ostapenko came back from a set down to beat Iga Swiatek, did the same against Petra Kvitova, and come the semis, she came back from set down for the third consecutive time against her fourth straight Major champion, Simona Halep.

By the time she faced world No31 Veronika Kudermetova, she had spent more than seven and a half hours on court, compared with six hours for the Russian. For the lower ranked woman, a finalist at the Melbourne Summer Set last month, had enjoyed a walk-over in her semi-final match, though she too had faced and beaten Major champions in the shape of Victoria Azarenka and then defending champion Garbine Muguruza.

Both finalists, though, had also worked their way to the doubles final, again against one another—having never played each other at either junior or senior level before, despite being born just six or so weeks apart.

Come the final, Ostapenko showed she had no intention of falling a set behind again, and started as she had finished against Halep, firing one-two winners, big serves, and uninhibited strikes off both wings.

Halep, a two-time Dubai champion, could barely score a point in her third 6-0 set against the 24-year-old, and it would be the same for Kudermetova in her opening set: the Latvian began with a love hold, broke the Russian, and held to love again: 3-0.

For what would be the only time in the set, the Russian edged to deuce on her opponent’s serve, but could not take advantage. Instead she suffered another break and saw Ostapenko serve out the set, 6-0, 26 points to eight, and in a mere 22 minutes. 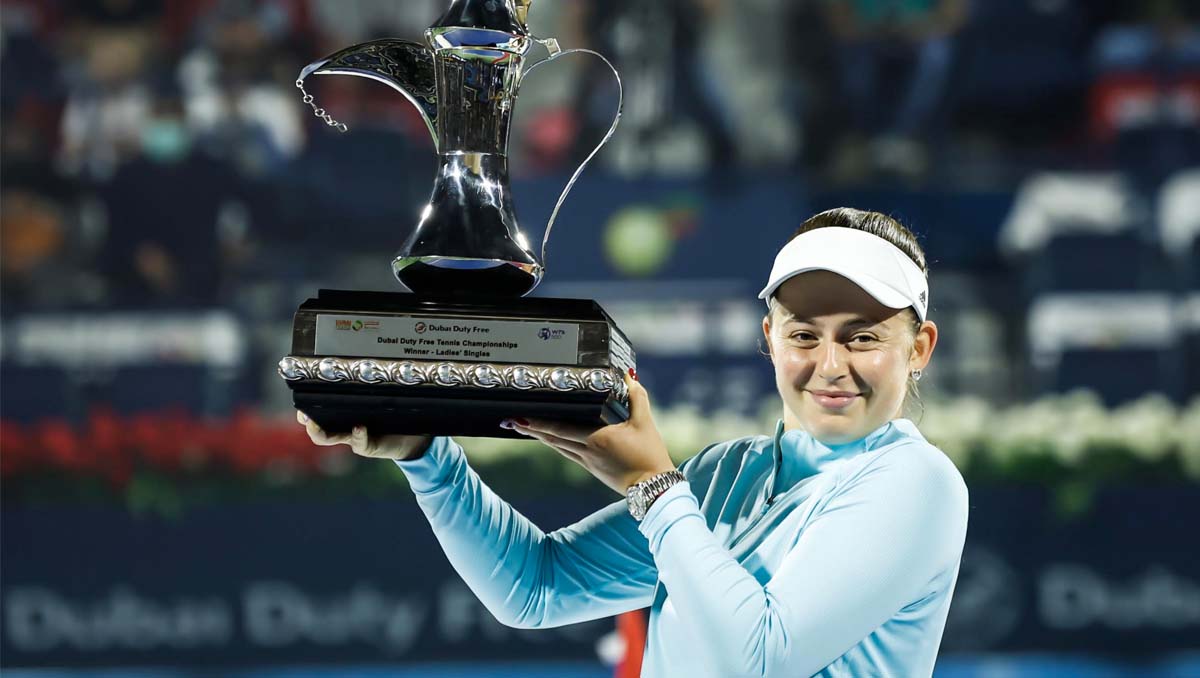 That momentum switched dramatically at the start of the next set, as Kudermetova found her first serve and Ostapenko lost hers. That translated into the scoreline, an immediate break of the Latvian’s serve and a first hold of serve by the Russian.

Kudermetova threatened in the third game, too, but Ostapenko held on, and again switched on her pounding returns of serve. She got a break back point, and then another—courtesy of a net-cord winner—and at the second time of asking, thumped a bullet of a cross-court return to convert: 2-2.

Come the eighth game, Ostapenko stepped inside the baseline to pound a forehand on break point and so would serve for the match, 5-3. Not that Kudermetova was about to back off: She is also an aggressive striker of the ball, and she hit straight back to break.

However, the Russian now had to serve to stay in the match, and yet again she faced break points. At the second bite of the cherry, Ostapenko seized one of the most memorable titles in her career, 6-4.

Of course, there was little respite for either player. After Dubai’s usually extravagant presentation ceremony, both withdrew to prepare for the doubles final. But beyond today, with work will continue apace. They are lined up in the still bigger draw in Dubai’s sister event down the coast in Doha: These two tournaments alternate status as a 500 and 1000, and it is Doha’s turn to have the WTA’s highest level this year.

The bigger draw of 48 women means 16 seeds, though, so Ostapenko, who in any case is propelled into the top No15 after this win, will not have to face a seed until Round 3. Yet she is still in the same quarter as Barbora Krejcikova, Azarenka and Muguruza.

However, with the still unseeded Kudermetova in the same half, there will be no chance of a third final in the space of a week between Dubai’s giant-killing duo.

Kudermetova with partner Elise Mertens went on to win the doubles title, 6-1, 6-3, over Ostapenko and Lyudmyla Kichenok.