Halep was Ostapenko’s fourth Major champion in a row after Kenin, Swiatek and Kvitova 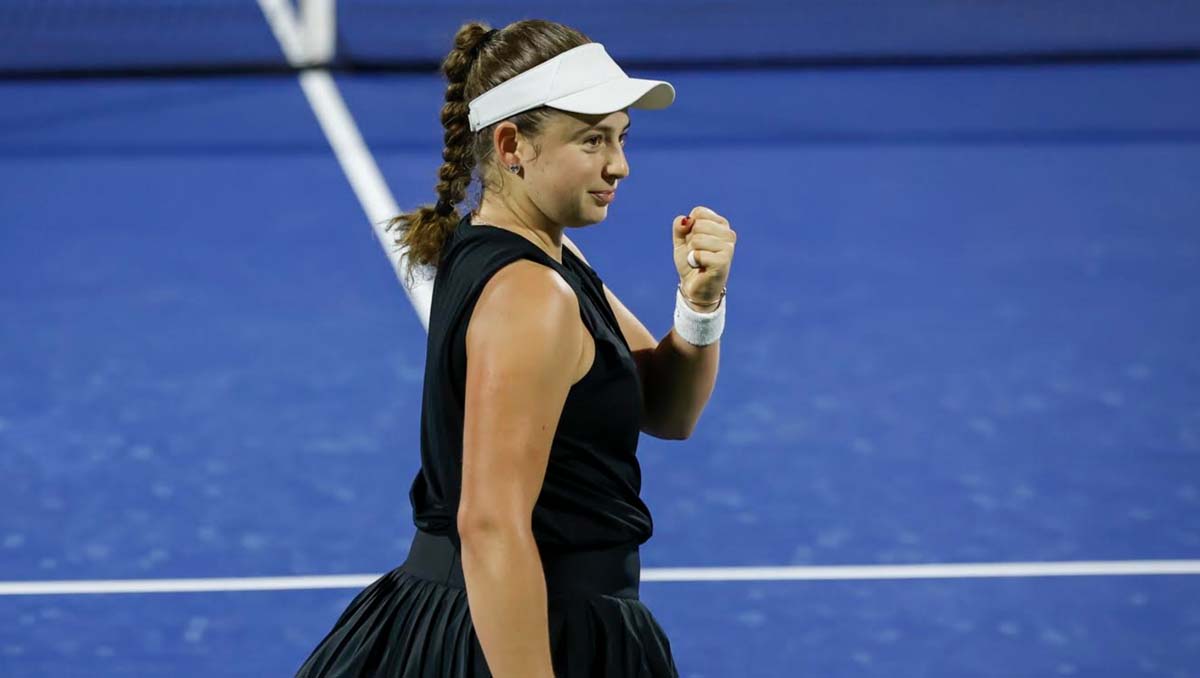 Simona Halep was not seeded at this week’s WTA500 in Dubai, but then in such a packed draw, there was a total of five former Major champions who failed to be seeded.

However, the 23-ranked Romanian, a former No1 and holder of 23 titles—among them two Majors—was a two-time former champion in Dubai. What is more, with one title under her belt already this year, at the Melbourne Summer Set, she was a woman regaining her form after a long season of injury setbacks in 2021. In a heavyweight top half of the draw, she had yet to drop a set, indeed yet to be taken to a tie-break.

Her progress was in notable contrast with another Major champion, ranked just two places above Halep at No21, Jelena Ostapenko. The Latvian had faced not one but three Major champions to reach her semi contest with Halep.

And after beating Sofia Kenin with ease in Round 1, she had been taken to the limit against Iga Swiatek in Round 2 and against Petra Kvitova in Round 3, coming from a set down to win in a third-set tie-break in both cases.

Then against her fourth Major champion in a row, Ostapenko would have to do the same.

Halep looked comfortable in taking the first set, giving up just five points on serve and closing out the set with an ace.

Ostapenko responded by reducing her errors and becoming more aggressive. She took a 3-0 lead in the second set, and although Halep managed to level at 3-3, Ostapenko continued to raise her level, and worked two set points in a long 12th game. But Halep fended off the challenge, and took it to a tie-break.

There, however, the first-strike tennis of the younger woman paid huge dividends, as big serves and winning returns of serve swept Halep aside without a point, 7-6(0).

Halep appeared all at sea, unable to contain the aggressive tennis coming her way from a supremely confident Ostapenko, who was now playing the kind of go-for-broke tennis that yielded the French Open title just as she turned 20 back in 2017.

The Latvian broke in the first game of the third, and went on to break twice more, and thus served for the match at 5-0. At last Halep found some resistance, though she won only four points on her own serve in the entire set. The former champion got to 15-40 for two break points, but could not convert, and Ostapenko served out victory, 6-0.

“Again, playing a Grand Slam champion fourth match in a row, it’s not easy… She was playing completely different tennis from what Petra was playing. She was playing much slower, almost no pace comparing to Petra. So I really had to step in from the beginning, which I didn’t do. I was stepping back. I didn’t go into the court. When I understood it and changed things, so it started to go my way.

“I knew I had to play aggressive no matter what, no matter what the score is. She really doesn’t like to play against players who are playing aggressive and take time away from her. I really knew that I have to do it today, all the match, even if I miss sometimes, which I did. I think it helped me to win.”

Halep admitted she let the match get away from her, but she still took positive thoughts about her week:

“I kind of stopped playing after the second set. That is the only one moment that I’m disappointed. But the rest I think was a good game. I lost the focus a little bit. Probably I need more matches in tension to get more used to it. I just mentally stopped playing and I didn’t make anything anymore.

“I’m happy with the week I played here. The game was good. Everything was good. I never expect to win all the matches because it’s just the beginning of the year and I’m really patient with myself.”

Ostapenko will meet Veronika Kudermetova in the final, after the Russian received a walkover from Marketa Vondrousova. The qualifier, ranked 38, announced:

“The injury, it started a few days ago and I’ve played so many matches here which has aggravated the injury. I’m really sad to leave the tournament this way but I’ve still enjoyed a great week and proud of how I’ve played. I will travel to Doha and see how the injury is. I’ve played six amazing matches this week having come through qualifying and proud of my performances so it’s unfortunate this has happened. Health is the priority for me.”

Ian Wright predicts where Arsenal are going to finish this season