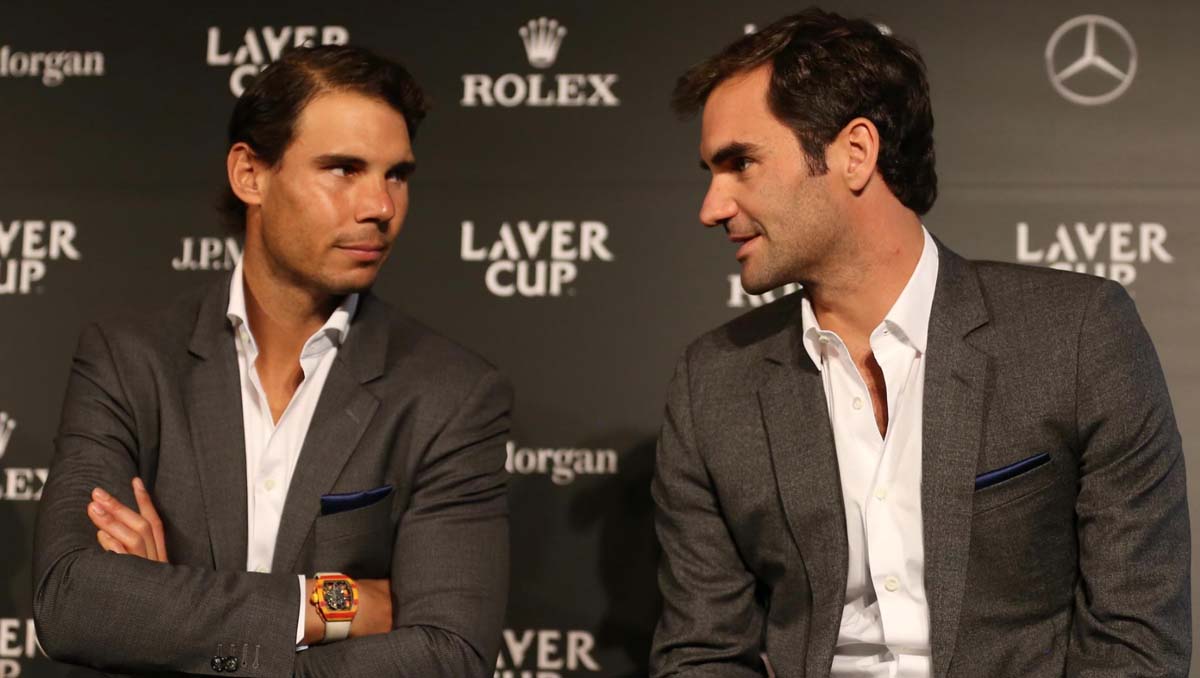 Hot on the heels of his Australian Open victory, a record 21st Major title, Rafael Nadal has confirmed that he hopes to join old friend and rival Roger Federer at this year’s Laver Cup, which will take place at London’s O2 on 23 to 25 September.

Both players will represent Team Europe in a bid to win the Laver Cup against Team World for a fifth successive time under the leadership of captain Bjorn Borg.

After Nadal’s record-making run last weekend in Melbourne, Federer was among the first to congratulate him, and revealed ahead of the Laver Cup announcement that:

“He messaged me on social media after the Laver Cup in Boston last year suggesting we play doubles in London, and I am definitely up for a Laver Cup ‘Fedal’ comeback!”

Nadal paired up with Federer for their first and only doubles match together at the inaugural Laver Cup in Prague back in 2017, delighting fans in the unique experience of seeing the long-time rivals becoming teammates to beat Americans Sam Querrey and Jack Sock in three sets.

Nadal said: “I suggested to Roger we should play doubles together in London and he seems keen, so now we just need to persuade our captain Bjorn!”

Federer has been absent from competitive tennis since Wimbledon last summer, in a season during which he played just five events and won only nine matches, four of them at Wimbledon itself. And in 2020, the Swiss star’s only tournament was at the Australian Open.

Now ranked at this lowest in over 21 years, No30, he continues to recover from the latest of three knee surgeries, and has already said that he is unlikely to make it back to court until this summer. As a result, he did not play at last year’s Laver Cup in Boston, having to content himself with sitting in the front row as a fan.

By the time of this year’s Laver Cup, the Swiss will be 41 years old, but seems no less keen to be part of the event that was his brainchild:

“I’m really looking forward to getting back into competition later this year and the Laver Cup is very much part of my plan. It’s no secret that I love the event and I’m super excited to be returning to the O2 and to London.

Nadal has twice before been part of the Laver Cup, and said of the plan to reunite with Federer:

“Roger has been a huge part of my career, a big rival and also a true friend. To be part of Team Europe together is great and if we’re able to possibly share the court one more time as a doubles pairing, then this would be a truly special experience for us both at this stage in our careers.”

Named in honour of Australian tennis legend Rod Laver, the tournament is played on a dramatic black court that will be constructed within the 20,000-seater O2, home of the ATP Finals until 2020. ‘Fedal’ have, of course, shared that particular London stage at that season-ending showpiece, but not since 2013. This latest tennis jamboree at the iconic London venue should, then, provide the appropriate finale after the scaled back, behind-closed-doors edition was played during a coronavirus-hit 2020 that ended the tournament’s London residency.