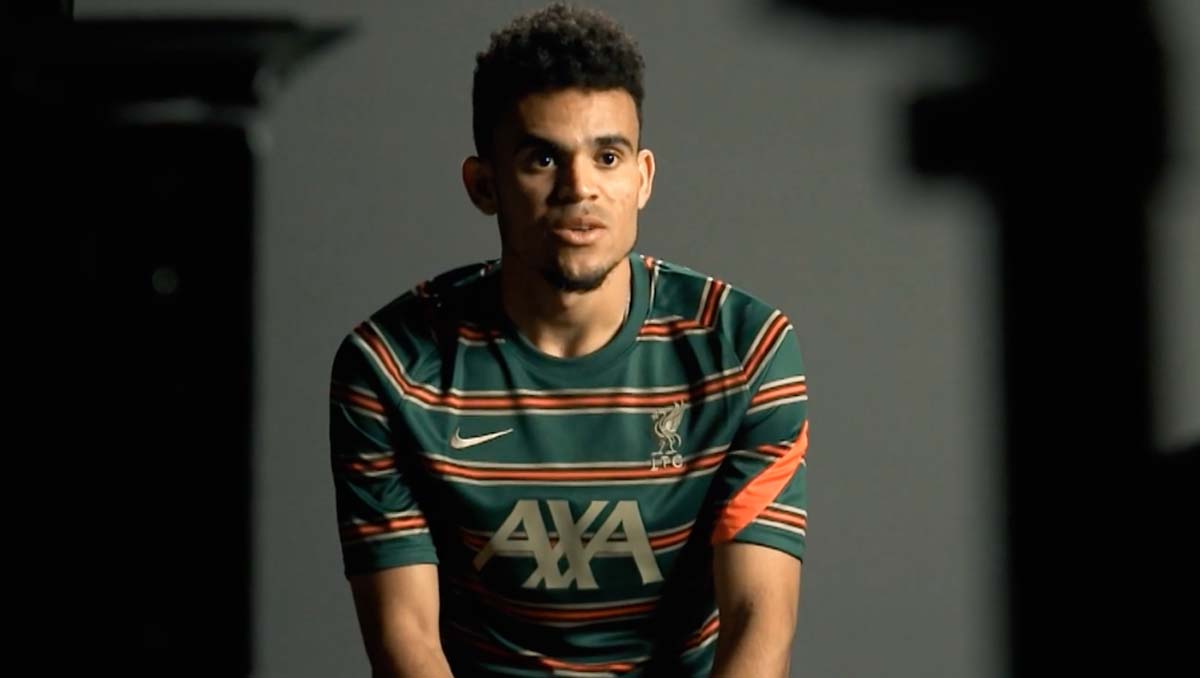 Jurgen Klopp has hailed Luis Diaz as a “smart football” player, adding that the new signing already “looks at home” in the Liverpool FC team.

The Reds signed Diaz in a £37.5m deal from FC Porto in the January transfer window to bolster Klopp’s attacking options amid continued uncertainty surrounding the long-term futures of Mohamed Salah and Sadio Mane.

Diaz came off the bench to create an assist for Takumi Minamino in Liverpool FC’s 3-1 victory over Cardiff City in the FA Cup fourth round last weekend, making a promising start to his Anfield.

Klopp then opted to start his new signing for the visit of Leicester on Thursday night and the South American forward impressed on the left wing with support from Andy Robertson.

Although Diaz didn’t score on his Premier League debut, the 25-year-old had four shots on target and completed five dribbles to give Liverpool FC supporters a glimpse of his talent.

Klopp said: “That’s exactly the impression he made in training and that’s why we thought, ‘Come on, let’s give it a try.’ There were a lot of things when we saw him playing for Porto where we thought, ‘Yes, that’s exactly what we want him to do as well.’

“On top of that, he seems to be a really smart football boy, has obviously watched Liverpool quite a lot. We didn’t overload new players with information in the first week and tell them everything we want them to do, we just have a look.

“And when we looked at it, it looked like a Liverpool player, that’s true. The last few minutes when he came on against Cardiff already, and now the situation was just made for it because Sadio came home only last night and is probably still in bed. And Mo after four times 120 minutes, it was clear he will not start as well.

“So, just the situation was there and he obviously enjoyed the game.”

Diaz will be hoping to retain his starting spot in the Liverpool FC team despite the return of Mohamed Salah from the Africa Cup of Nations when the Reds make the trip to Burnley on Sunday.

Klopp’s men return to Champions League action on Wednesday night with a clash against Serie A title holders Inter Milan in the first leg of their last-16 clash at the San Siro.