Despite repeated set-backs, Briton is unbowed: “Gotta keep working on the right things every day” 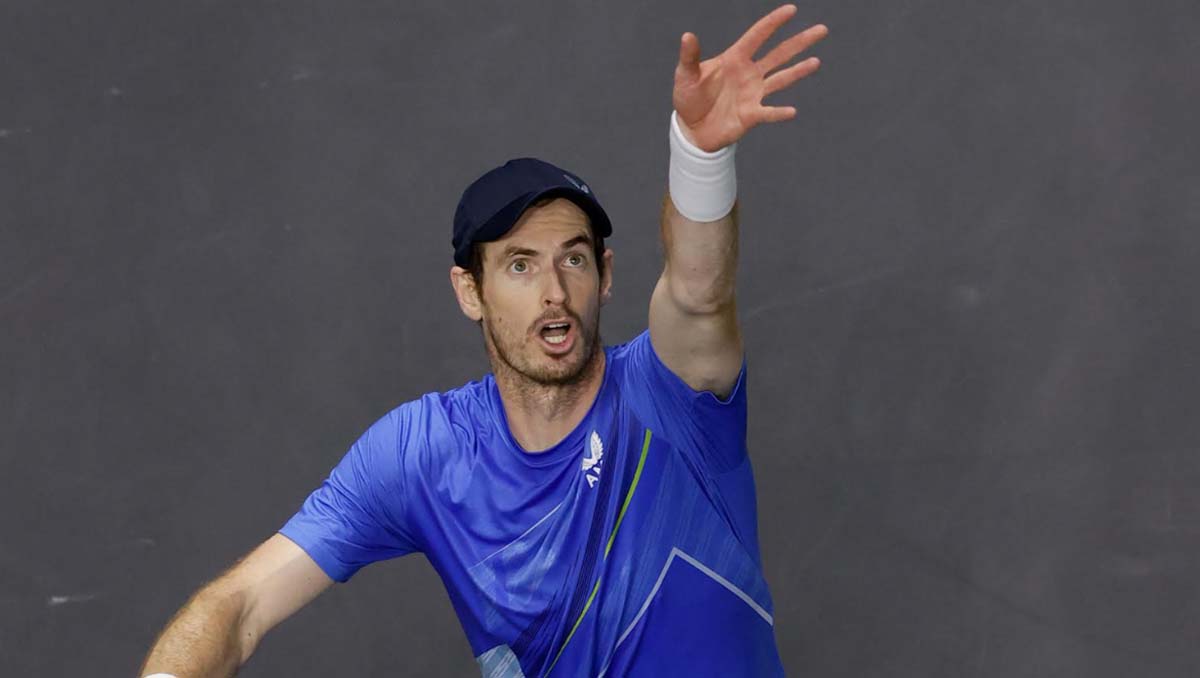 The career of Andy Murray has been a glittering one: Three titles from 11 Major finals; 11 Masters crowns; and a tally thus far of 46 titles. He is the only man to have won two singles Olympics golds, and he notched up countless ‘firsts’ in British history books: The first since the 1930s to win a Major, win Wimbledon, and lead GB to Davis Cup victory.

Finally, in 2016, he reached his first French Open final, won a second Wimbledon title and Olympic gold, and concluded with victory at the ATP Finals as the first British man to reach No1 since rankings began in 1973.

Along the way, in this golden era when three players stacked up at least 20 Majors apiece—and still counting—Murray was the only player to notch up at least seven victories over each of them, Roger Federer, Rafael Nadal and Novak Djokovic.

But the subsequent story of the now 34-year-old Briton is writ large in the vast tables that populate the Wikipedia pages of tennis players. There, the columns soon became littered with As—absent.

Because more than most players—though the imminent retirement of Juan Martin del Potro makes a notable exception—Murray has faced, and come back from, repeated injuries and surgery. He resorted to back surgery in 2013; then hip surgery in 2018, followed by what looked like career-ending hip surgery in 2019. Indeed the ‘farewell tape’ was already compiled.

But you can’t keep a good man down, and if he had not already proved his passion, grit, work-ethic, stubbornness, and more, in reaching the pinnacle of his sport, he has done so since.

With a metal hip, he ventured onto Queen’s grass in 2019 to win the doubles title with Feliciano Lopez. He continued in doubles until the Cincinnati Masters, opted into a Challenger event for first time since 2005, and then began to put together some singles wins: quarters in Beijing and the title in Antwerp.

From a ranking of 503, he closed in on the top 100 again, only to pick up a pelvic injury that prevented his Australia trip. Then came the global pandemic, with just seven matches in late 2020, yet the fire still burned: his win from two sets down over Yoshihito Nishioka at the US Open said it all.

Would he get better luck in 2021? He missed Australia again due to an untimely Covid infection, then got a groin injury. By Wimbledon, he had played five main-tour matches, and won two. There, he fought to the third round via Oscar Otte and five sets, but at the US Open, he lost another five-setter to Stefanos Tsitsipas in just under five hours.

It was all proving what his rivals had long known: He was incapable of giving in without a fight. It proved something else, too: Murray thrives most when facing the toughest opposition.

He ended 2021 with a win over top-10 star Jannik Sinner, and he finally got Down Under to put together a strong run in Sydney with two three-setters against top-20 players—then won a fierce five-setter in Melbourne over Nikoloz Basilashvili.

However, now in Rotterdam, where he was champion back in 2009, he remained dissatisfied with his subsequent second-round exit:

“Positives were that I did win some good matches against guys ranked around 20 in the world, and physically I was good after winning five matches for the first time in over two years. So still some positives, but overall I was disappointed.”

A good run through a tough draw in Rotterdam, then, might alleviate some of that disappointment. For a start, the maximum 500 points would propel him back towards the top 50 for the first time in almost four years.

And he put down a marker in his opener against the dangerous world No 31 Alexander Bublik, who won his first title in Montpellier last week against Alexander Zverev. The young Kazakh’s blend of serving pace, variety and touch—his drop shots tested Murray throughout the match—was a real test, but just when Bublik thought he had the first set in his grasp, breaking for 6-5, Murray hit straight back and won the tie-break. The Briton went on to run his increasingly weary opponent ragged to take the match, 6-4.

However, his next match, against a man 13 years his junior, Felix Auger-Aliassime, would be, as Murray himself admitted:

“A really good test. These are the matches I wanna be playing, and competing against these guys. Ideally it would be later in the tournament but I’m still working my way back up the rankings, but I was really happy with tonight. A big step in the right direction.”

The 21-year-old Canadian had made at least the quarters of his last three Majors, and was beaten in the US Open semis by eventual champion Daniil Medvedev. With his victory at the ATP Cup in Sydney alongside Denis Shapovalov, he consolidated his place in the top 10, and now played Rotterdam as the third seed, having been runner-up as a teenager in 2020.

He had only met Murray once before. Auger-Aliassime was the man who followed that gruelling five-setter against Nishioka in New York in 2020, and he won in straight sets.

This would also quickly go in the Canadian’s favour, as his clean, deep strikes outpaced Murray to break in the second game—helped by a double fault at 0-40.

Soon, it was a second break and a 4-0 lead, with Auger-Aliassime unable, it seemed, to miss a forehand. At last, though, Murray began to string some rallies together, though not helped by his first serve. He got the Canadian on the stretch, and defended impressively to get one break back. But the set was done, Auger-Aliassime serving out confidently, 6-3.

Murray constantly chastised himself, urged himself on, though credit had to go to his opponent. And the corner-guided pace of the younger man ran Murray into the ground and earned the break in the third game—though not for long. Murray broke straight back, only to face another break point in the fifth game. Sure enough, another break gave Auger-Aliassime a 4-2 lead, which he maintained with assurance and quality, 6-4.

The Canadian will next play another Briton, Cameron Norrie, who, at 26, and with one second-round match still to play, is the oldest man in the quarters: The other six range from 19 to 24. Indeed the entire top 12 in the ranks are age 25 or under—except Murray’s old and exceptional rivals, Djokovic and Nadal.

Will Murray ever get back near that top 12 again? Well if not, it won’t be for want of trying. As he put it after his first win this week: