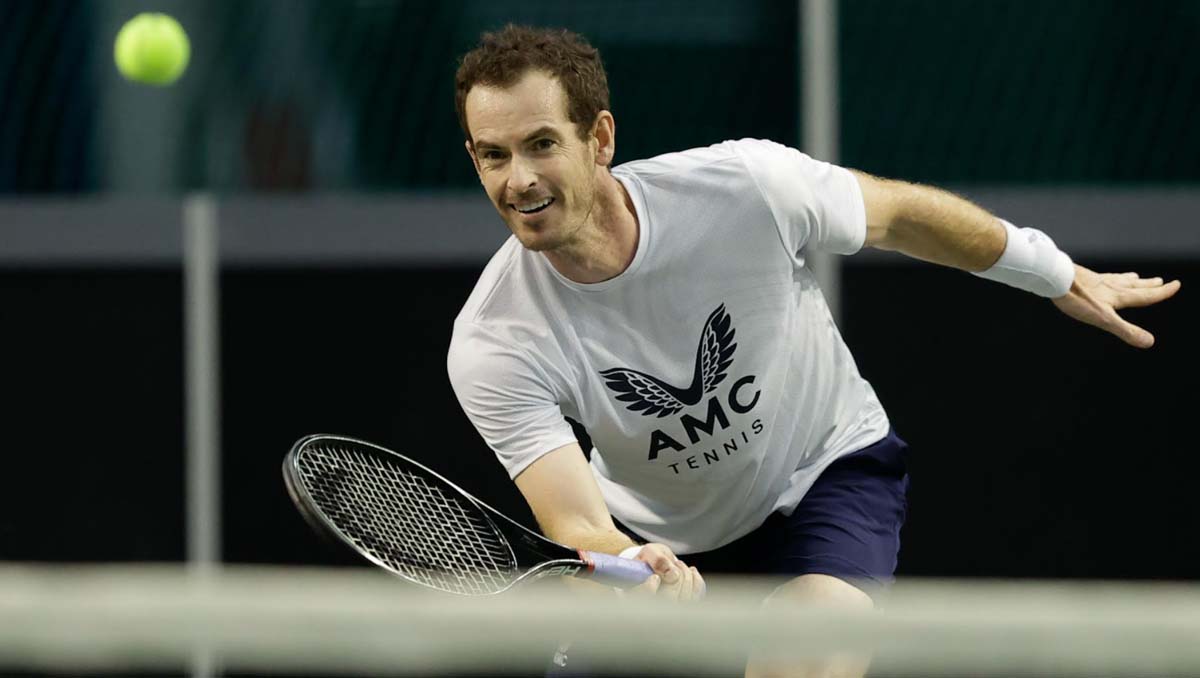 After more than a month of competition in Australia, the tour has headed thousands of miles in every direction to touch down in three entirely new environments.

The outdoor hard courts of Pune, in eastern India, are hot and humid. Montpellier in southern France heralds the start of a brief European indoor swing. And heading in the opposite direction from Australia, the open-air clay of Cordoba in Argentina enjoys the heat of the pampas between the Andes and Atlantic.

Such are the choices, and although both the European indoor swing and the ‘golden swing’ of South America are short and sweet, they each appeal to strong bands of players.

Thus Diego Schwartzman, Cristian Garin, Lorenzo Sonego and, from next week, Casper Ruud, are soaking up the clay events with alacrity. Meanwhile, the first ATP500 in Rotterdam, followed swiftly by two more in Dubai and Acapulco, have attracted youthful, hard-court aficionados such as Stefanos Tsitsipas, Andrey Rublev, Felix Auger-Aliassime, and Denis Shapovalov, and certainly there is some wisdom in sticking to the same surface between Australia and the first Masters of North American next month.

But along each of these paths, stories have been created already, while perhaps bigger ones loom on the horizon.

In Montpellier, it was not former champion and world No3 Alexander Zverev who lifted the trophy but 24-year-old No35 Alexander Bublik, who beat the top seed to claim a career-first title from his fifth final. Now with Rotterdam, Doha and Dubai lined up for four consecutive weeks of competition, Bublik will surely outstrip his new high of No31.

In Cordoba, world No144 Alejandro Tabilo had never reached a main-draw quarter-final before this week, but raced to the final via qualifying without dropping a set—and that included a win over top seed Schwartzman. He very nearly made it all the way to the title, too, before Albert Ramos-Vinolas came back from a set down to win his fourth title—a year after losing at the same stage.

In Pune, this year’s Sydney champion Aslan Karatsev also fell short of his No15 ranking, in his first match, but the door opened for unseeded Portuguese Joao Sousa to win his first title in three years over the fast-rising young Finn, playing his first final, Emil Ruusuvuori. Sousa, ranked at 137, won just two main-tour matches last year as he focused on the Challenger circuit following a string of injury set-backs.

And talking of injury, the South American clay has brought more bad news for some of tennis’s biggest names ahead Buenos Aires. Dominic Thiem, the 2020 US Open champion and former world No3 was due to make a return to court after a seven-month absence with wrist injury. Now he has delayed that return still further, to Indian Wells next month, due to pain in his hand.

However the biggest story to emerge in Argentina this week came in a tear-stained press conference from that nation’s favourite son, Juan Martin del Potro, the 2009 US Open champion, and also a former world No3. The hugely popular ‘tower of Tandil’ revealed that he may have reached the end of his tennis road in a career dogged by injury and multiple surgeries.

The 33-year-old Argentine was scheduled to make a long-delayed return, in front of home fans, after almost three years: He last played, then withdrew following a fall, at Queen’s in 2019. But he accepted wild cards into both Buenos Aires and Rio following four right knee surgeries—and that after missing much of 2014 and 2015 after two bouts of wrist surgery.

He told media ahead of a difficult opener in Buenos Aires against No6 seed Federico Delbonis:

“If I’m honest, I have to say that I’m not here for a miraculous comeback like on other occasions. I know the limitations I have physically, and we’ll see later… With this injury I always said I wouldn’t give up. The farewell had to be on a court and not in a conference.”

He went on to reveal his struggles since he last played:

“I’ve been sleeping with pain for two-and-a-half years… My fight is about health and winning quality of life.

“Unfortunately I had to deal with many injuries, but I achieved most of the things I wanted to achieve.” And those achievements made him one of the most formidable opponents for the biggest champions.

He beat both Rafael Nadal and, in the final, Roger Federer to win his US Open title. He twice beat Federer in the finals of the Swiss’s home event in Basel, and in their most recent meeting, beat him to win the Indian Wells title. It took, as has usually been the case since their record-making Olympic tussle in London in 2012, a deciding set to determine the victor.

At the Rio Olympics, del Potro beat both Novak Djokovic and Nadal to earn a silver medal, having already denied Djokovic the bronze medal in 2012.

In both those Olympics, the ultimate champion was another man who has had more than his share of injury and surgery, Andy Murray. And he understands better than most the emotion of a press conference that seems to announce the end of the tennis road. He walked away from the 2019 Australian Open in tears, facing more major hip surgery, and uncertain whether he would ever play again.

But the Briton has, even going on to win the Antwerp title at the end of 2019. And his determination to regain something of his old Major and Master winning form drove him to outstanding five-set efforts at last year’s Wimbledon and US Open, and this year’s Australian Open. There were also typically gritty three-set battles in the latter stages of the ATP tour last season, then a fine final run in Sydney at the start of this year.

And this week, Murray joins the high-quality Rotterdam 500 draw with a wild card, making his seventh appearance where he beat Nadal to lift the 2009 trophy.

Last year, the Briton lost to eventual champion Rublev in the second round, and the Russian is one of five top-12 men hoping to add some silver-wear to their resume in Rotterdam. But while Murray has avoided one of the eight top-20 seeds, he will meet Montpellier champion Bublik in his opener, and with the prospect of the new world No9 Auger-Aliassime, in the second round.

The young Canadian won his first title with compatriot Shapovalov at the ATP Cup last month, and went on to reach the quarters at the Australian Open, only just losing out to Daniil Medvedev in five sets. Shapovalov also reached the Australian quarters, losing to eventual champion Nadal—also in five sets—and is No5 seed in the Rotterdam draw.

So how did Murray rate his chances after a mixed start to 2022? He was certainly blunt about his three-set loss to Taro Daniel in the second round in Melbourne:

“Still disappointed; The trip to Australia was inconsistent. Didn’t have the best start… [he lost to the 76-ranked Facundo Bagnis in the Melbourne 250]. Positives were that I did win some good matches against guys ranked around 20 in the world, and physically I was good after winning five matches the previous week for the first time in over two years. So still some positives, but overall, I was disappointed. Majors are where I want to be playing my best.”

Not that he intends to include the French Open in his schedule:

“Right now, I’m not planning on playing through the clay… spoken to my team, and this year while I’m feeling good and healthy, I don’t really want to take that risk. It’s not that I wouldn’t play on clay in the future, but last year… I was really close to not playing the grass season, and thankfully I felt better right before Wimbledon. So not planning on playing clay this year.”

Murray’s history at Roland Garros is an impressive one: four semis and, in 2016, the final. But the slipping and sliding conditions of clay exacerbated his hip and previous knee problems, and in his only match since 2017, he was downed with ease by Stan Wawrinka. On paper, then, it is a wise decision, but he will want to get plenty of hard-court-time under his feet in Rotterdam, and then in Dubai.

But what did he make of the news about contemporary del Potro, a man he has played 10 times despite the extended periods both have been away from the tour?

“He’s had many physical problems throughout his career… I know having been in that position myself, you feel you’re suffering a lot of the time alone, or maybe the people around you know what’s going on but that’s maybe the first time he’s spoken publicly for quite a while, and I’m sure he feels better now for it.

“He deserves to have a good send-off. I don’t know if it is definitive, but a little bit like myself, he’s unsure how his knee’s going to react. I hope he’s doing OK; I feel for him. It’s an incredibly difficult situation. I hope he manages to finish on a positive note with all his fans around him and he’s as pain free as can be.”