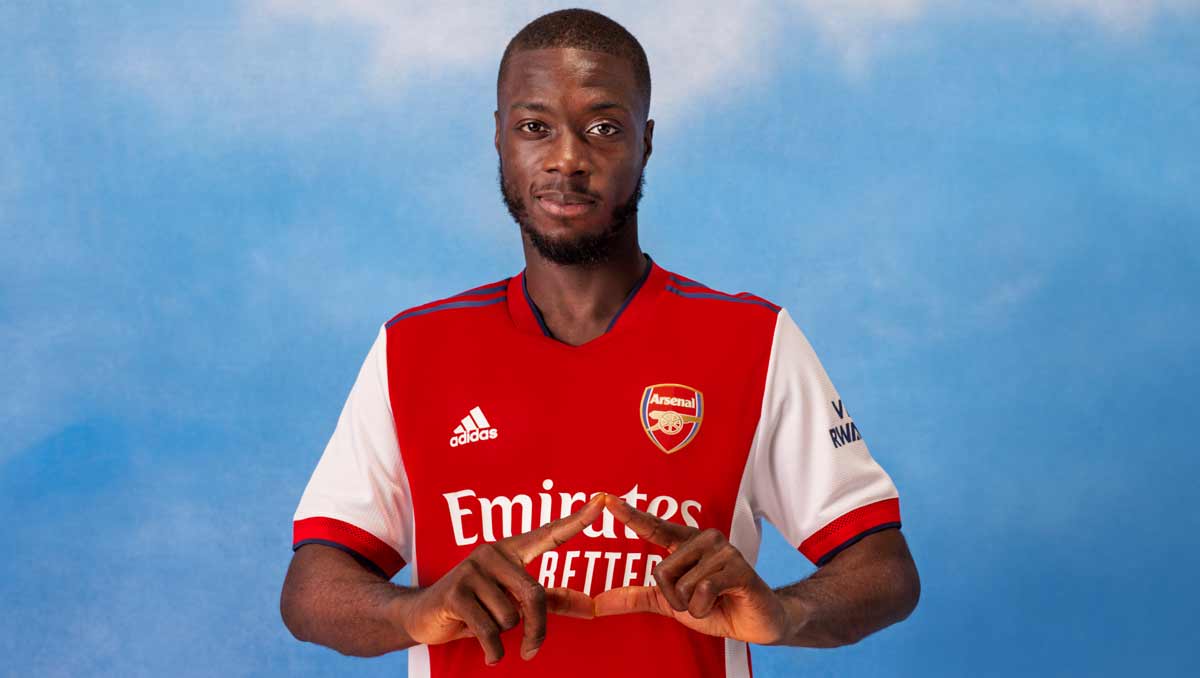 Nicolas Pepe has admitted that he is frustrated by his lack of playing time at Arsenal this season but insists he remains focused on helping the Gunners to qualify for the Champions League.

The 26-year-old Ivory Coast international has found his first-team opportunities at The Emirates to be somewhat restricted this season, with the forward having only started five of Arsenal’s 28 games in the Premier League this term.

Pepe has scored three goals and made five assists in all competitions for Mikel Arteta’s side this season, but he has only made a total of 18 appearances for the Gunners – and just eight starts in total.

His last goal for Arsenal came on 24 February in the 2-1 victory over Wolves at The Emirates – and the forward will be hoping to play a more regular role in the team between now and the end of the campaign.

Pepe has conceded that he would like to be playing more regularly, but he insists that he respects Arteta’s decisions.

Speaking in an interview quoted by Metro, Pepe said: “I am focused on how well we do until the end of the season and the club’s target, which is getting into the Champions League. Then we will see what happens.

“Mikel Arteta has explained that to me and the coach knows what I think and how hard I’m working.

“It is also about communication. Sometimes it’s not easy to communicate with the language barrier. It has been a tough season for me.

“Of course, it is frustrating not to play. No player enjoys not playing but I have to respect the coach’s decision and the team is doing well at the moment.”

Pepe signed for Arsenal from Lille in August 2019, and his best return in the Premier League was last season, when he scored 10 goals in 29 games in the top flight.

Arsenal are back in Premier League action on Monday night when they travel to take on Patrick Vieira’s Crystal Palace side.

The Gunners – who are currently fourth in the table and have not qualified for the Champions League since 2016 – will then take on Brighton, Southampton, Chelsea FC and Manchester United in their next four games.