Those first three semi-finalists have a combined tally of 49 wins to just three losses, with six titles this season 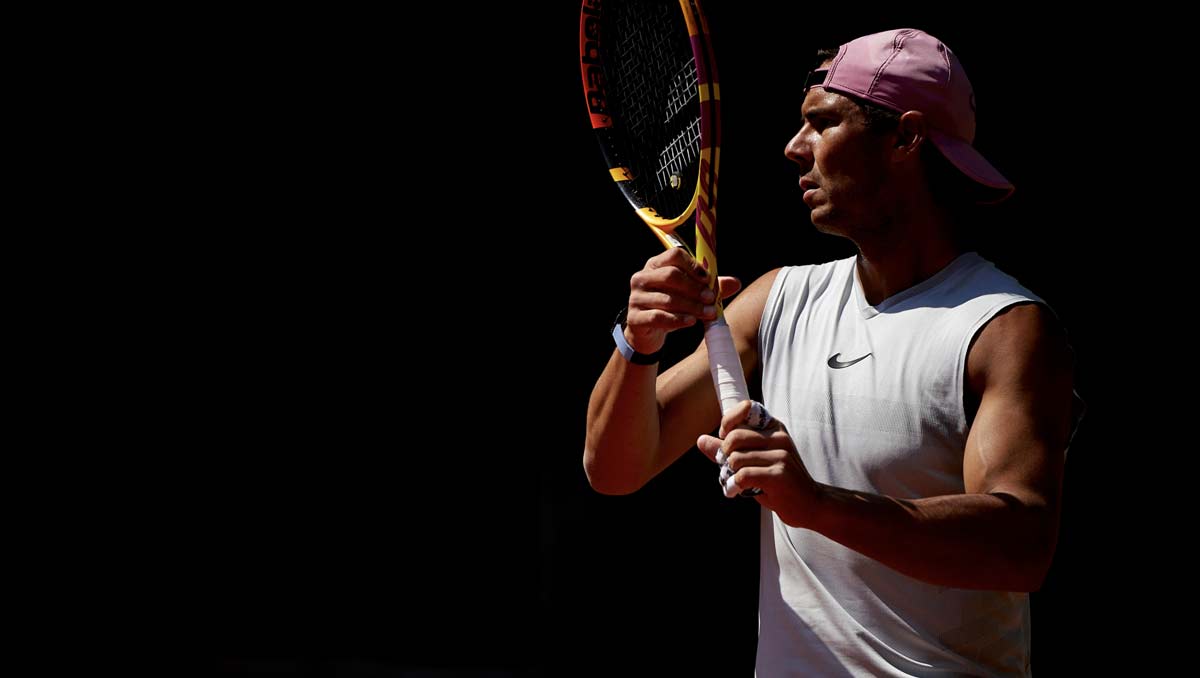 In truth, it was going to need something special to derail the three-time former Indian Wells champion Rafael Nadal.

Remarkably, the Spaniard, now age 35, was proving to be the outstanding player of 2022. He may have won only one match after Roland Garros last year as he contended with a foot injury, but he was yet to lose a match this season by the time he arrived in Indian Wells: 15-0, three back-to-back titles, including the Australian Open.

And a tricky draw did not hold him back, either: Sebastian Korda, only just outside the seedings, took a set, which is more than No27 seed Dan Evans and No17 seed Reilly Opelka could do. Then it was the dangerous fire-brand, Nick Kyrgios, who really tested the Spaniard.

The Aussie wild card was outside the top 100 for the first time since upsetting then-No1 Nadal at the 2014 Wimbledon as a teenager. He had also beaten Nadal at the 2017 Cincinnati Masters and 2019 Acapulco 500, but Nadal went on to win their next two meetings—though they were far from easy. This would be more of the same.

Indeed had Kyrgios kept his composure and focus, he may well have stolen the win. As it was, he served for the first set, was broken, and was totally distracted in the subsequent tie-break, 7-6(0).

This was a raucous crowd, but Kyrgios rose to the Nadal challenge in the second set, breaking Nadal to take it, 7-5. He went on to work two break chances in the second game of the decider, too, but could not convert. And although the Aussie staved off break points in a long fifth game, he was broken in the seventh, and that was all Nadal needed. Two love holds by the Spaniard and he had the win, 6-4, his 19th of 2022.

In his semi-final, though, he will face the man many have tipped to take his place at the very top of the game, fellow Spaniard Carlos Alcaraz, who beat defending champion Cam Norrie, 6-4, 6-3, in the quarters.

Age just 18, Alcaraz became the second-youngest semi-finalist in tournament history, and showed not just his spectacular fitness, speed, and strike power but great mental resolve. He trailed Norrie twice in the first set, but broke back swiftly, and did the same after going a break down in the second set—though Norrie became hampered by a hip problem. Alcaraz went on to serve out the match to love.

Now the teenager takes on his hero, and between the younger and older Spaniards, they have a combined 31-1 in 2022: Alcaraz at 12-1 after also winning the Rio title last month. Hard to believe, then, that the teenager was ranked 132 this time last year, and is looking at a new career high of around 15 after this week.

And what of the bottom half of the draw, playing their quarter-finals on Friday? The first featured the man who garnered the most benefit from the late withdrawal of Novak Djokovic: Grigor Dimitrov, ranked 35, filled the No2-seed slot and thus enjoyed a bye into the second round. Not that the popular Bulgarian had gone on to have it easy: He beat the dangerous Alexander Bublik and then John Isner.

The former junior No1 was also a former No3 in the senior ranks, with a title at the ATP Finals, plus three Major semis and a Masters title from Cincinnati in 2017. He also made the semis in Indian Wells last year, but to repeat that run, he now had to face one of the form players of the season, No7 seed Andrey Rublev—also a former junior No1.

Rublev was on a 12-match winning streak, with back-to-back titles in Marseille and Dubai—and a doubles title in France to boot. But while he had nine titles, five of them at ATP500 level, he had yet to win a Masters, though he made two finals last season. Indian Wells was perhaps shaping up to end that wait.

After a couple of easy opening games, both men had to fend off break chances, and Dimitrov was under pressure again in the fifth game. Sure enough, with Rublev pummelling the single-handed backhand of the Bulgarian, the Russian got his reward, and held for 4-2.

With Rublev serving for the set, however, Dimitrov broke to love, 5-5, only to concede the break again. The Russian would get another chance to serve it out, and went 40-0, three chances, to do so. Dimitrov found a couple of searing winners, and Rublev wavered for deuce. But on the fourth chance, he aced it, 7-5. He was yet to drop a set in the tournament.

The second set began to race away from Dimitrov, with Rublev breaking in the third and fifth games for a 4-1 lead. The Russian, 17-2 for the season, looked bone weary, and uncomfortable in the oppressive afternoon heat. He had, too, started the year with a positive Covid infection that made him miss the ATP Cup in Australia.

But he was now turning on the form with a love hold for 5-1, and then worked match point on Dimitrov’s serve. But the Bulgarian survived it, and four deuces, to hold. His problem, though, was getting a break against Rublev, and although Dimitrov pressed the Russian hard, the Rublev serve and first-strike plays were too good, 6-2.

After Nadal, Rublev now has the best winning rate this year, up to 18 for two losses. So the first three semi-finalists were a remarkable 49 wins for just three losses between them.

Those were formidable statistics for the remaining two men who contested the last place. Rublev will now play No20 seed Taylor Fritz, who beat the unseeded Serbian Miomir Kecmanovic 7-6(5), 3-6, 6-1.

Indian Wells 2022: Swiatek will face Halep, Sakkari takes on Badosa in final four in the desert