Liverpool FC have no plans to extend Divock Origi’s contract and the Belgian striker could end up joining AC Milan in the summer, according to Fabrizio Romano.

Origi has found his first-team opportunities at Anfield to be limited this season, with the 26-year-old yet to start a game in the Premier League.

He has made five appearances from the bench in the English top flight and has featured in a total of 14 games in all competitions for the Merseyside outfit, scoring five goals and making two assists.

According to Sky Sports, Origi’s contract is due to expire in the summer, but the Reds could have the option to extend it by a year if he makes a certain number of Premier League starts before the end of the season.

However, with the Belgian forward having featured sparingly in the top flight so far this season, it appears likely that he could be on the move this summer.

Now, Italian journalist Romano has claimed that Liverpool FC are not looking to extend Origi’s contract beyond the summer, and that a move to AC Milan could be on the cards for the striker.

Posting on his personal Twitter account, Romano said: “More on Divock Origi. Liverpool have no plans to extend his contract and he wants to try a new challenge. AC Milan are confident to complete the agreement soon.

“Talks are progressing with his agents, final details to be discussed in the next days.” 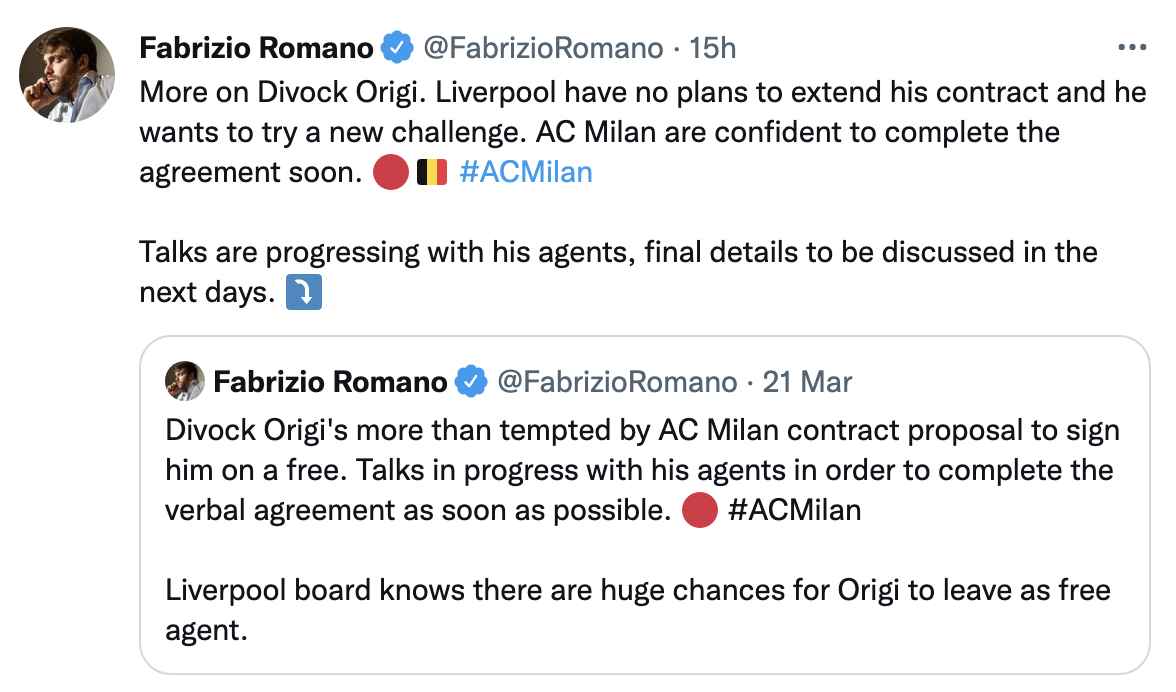 Origi has won the Premier League, Champions League and League Cup since having signed for the Reds from Lille in 2014.

He netted the second goal in the 2-0 win over Tottenham Hotspur in the Champions League final in 2019.