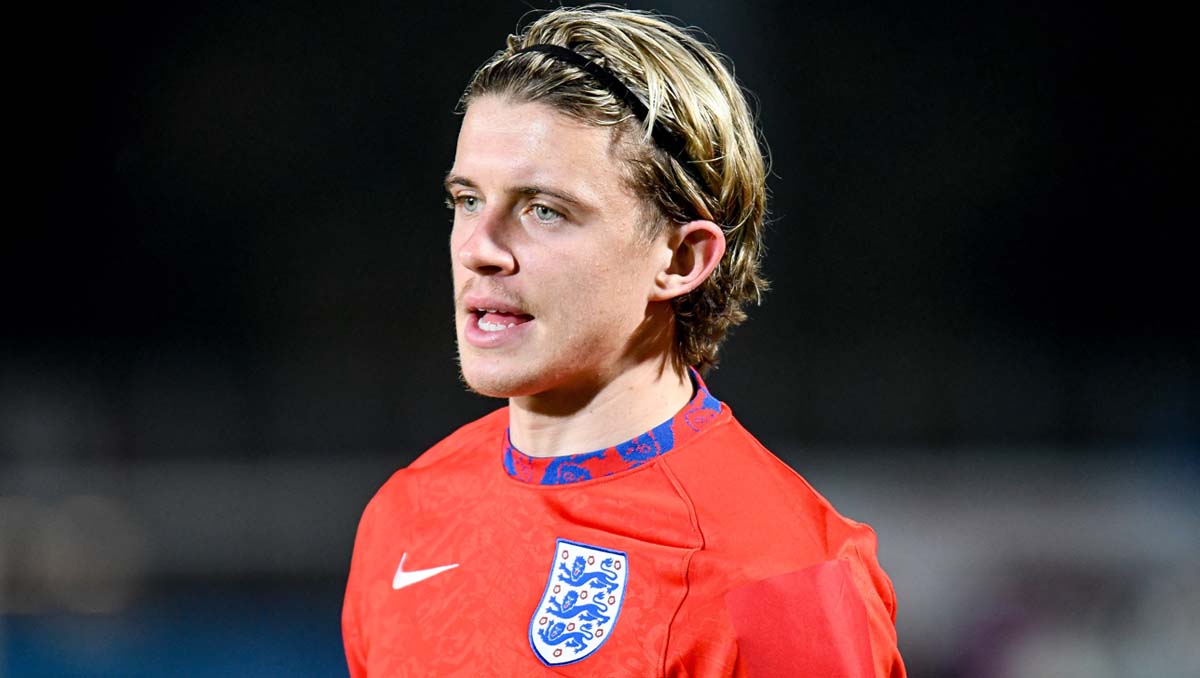 Thomas Tuchel has praised Conor Gallagher for the “extraordinary and outstanding” progress he has made during his loan spell at Crystal Palace from Chelsea FC this season.

The 22-year-old midfielder – who has been at Chelsea FC since he was eight years old – joined the Eagles on a one-year loan deal last summer and has been earning lots of praise for his performances.

Gallagher received his first call-up to the senior England squad last November and earned his first cap for the Three Lions against San Marino.

The midfielder, who is ineligible to play for Palace in their FA Cup semi-final against his parent club Chelsea FC at Wembley on Sunday, has scored eight goals and made three assists in 27 Premier League games for Patrick Vieira’s side this season.

Chelsea FC boss Tuchel has now praised Gallagher for the way he has been performing for the Eagles this season ahead of his return to Stamford Bridge in the summer.

Speaking at his pre-match news conference before the FA Cup semi-final clash, Tuchel said: “His development is extraordinary and outstanding.

“He is one of the key players at Crystal Palace and he has made a huge step in his development up front.

“He was a pleasure to coach in pre-season – he has so much positive energy, so much energy in general and so much work-rate to give that he can of course be a big help and a big influence.”

Tuchel went on to reveal that he hopes that Gallagher will have a future at Chelsea FC, despite him having yet to make a competitive appearance for the club’s first-team.

Tuchel continued: “I believe that Conor can be a part of our squad and can play a role with us but I’m not the only one to decide.

“You need to have a role and a perspective about where you are, where you can be and what to achieve. We have to be very clear with him, he needs to be clear with us and we will sort it out.”

Gallagher followed up his cap against San Marino in the autumn by featuring in England’s recent friendlies against Ivory Coast and Switzerland.