The Red Devils have already been linked with a host of names ahead of the 2022 summer transfer window as the Old Trafford outfit prepare to overhaul their squad after another disappointing season.

Manchester United are thought to be keen on improving their options in the middle of the park following criticism aimed at Paul Pogba, Scott McTominay and Fred throughout the 2021-22 Premier League campaign.

Fernandez is rated as one of the next big prospects to emerge from Argentine football after his impressive performances on loan at Defensa y Justicia under the management of Hernan Crespo.

The Red Devils are thought to be closely monitoring Fernandez’s performances ahead of a potential swoop to sign the Argentina Under-18 international in the 2022 summer transfer window.

Real Madrid are also rumoured to be watching the River Plate starlet as los Blancos look to once again raid South America for another promising youngster.

TyC Sports journalist Merlo took to Twitter to reveal that Manchester United are scouting Fernandez with a view to a potential transfer move at the end of the Premier League campaign.

Merlo wrote on his Twitter account: “Real Madrid and Manchester United are the two clubs that closely follow Enzo Fernandez. Both have already had talks, but there is no formal offer yet. A scout will go to watch him on the pitch, as he told @GerGarciaGrova. His [release] clause is €20m and 10 days before closing [it] rises to €25m.” 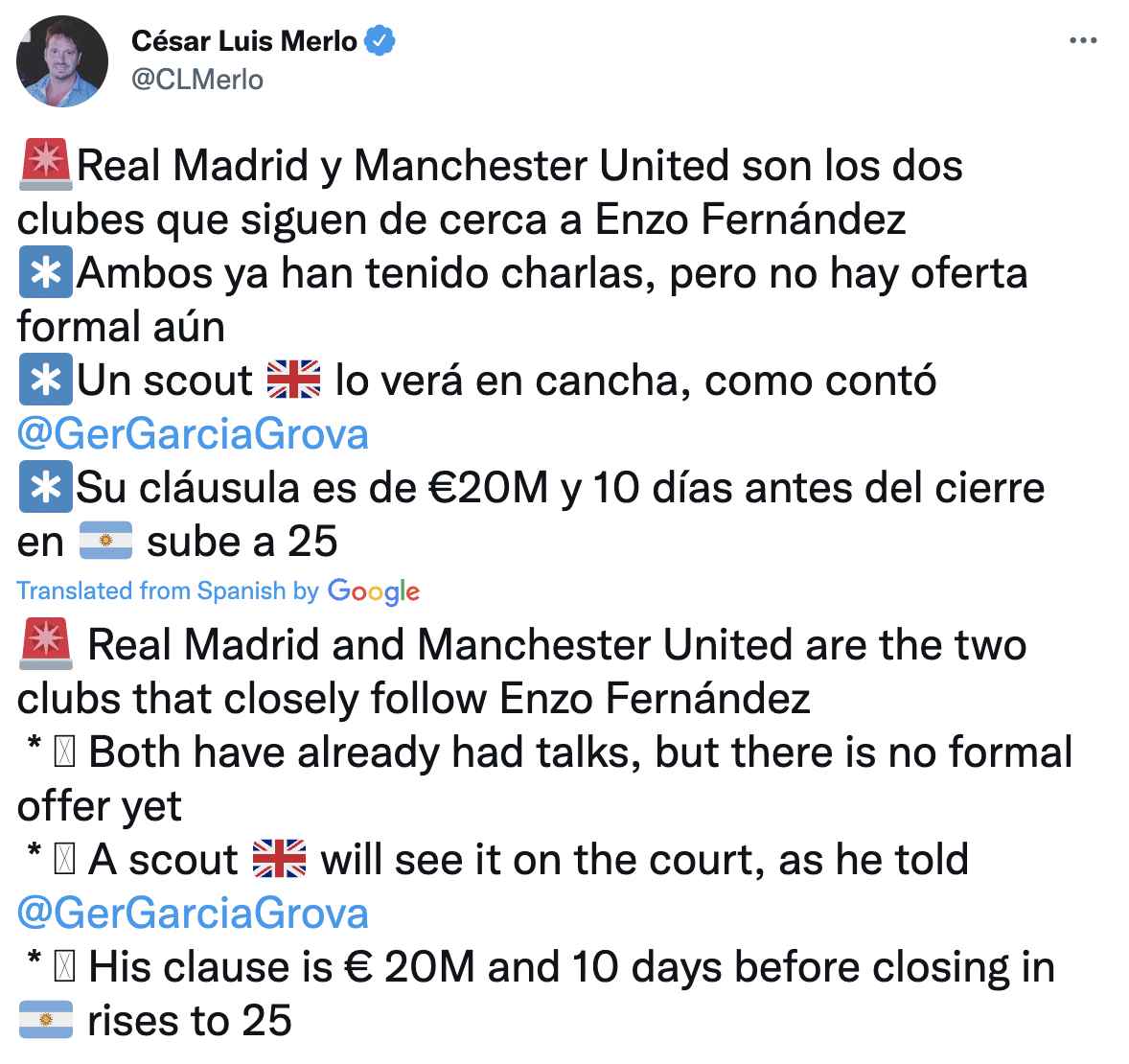 Manchester United are set to finish the 2021-22 season without silverware.

The Red Devils will face Norwich City at Old Trafford in their next Premier League fixture on Saturday before taking on Liverpool FC at Anfield on Tuesday night next week.