Medvedev had to reach semis to reclaim the No1 ranking; Djokovic goes into clay swing still on top; Hurkacz is joined in semis by fellow Pole and new women’s No1, Iga Swiatek 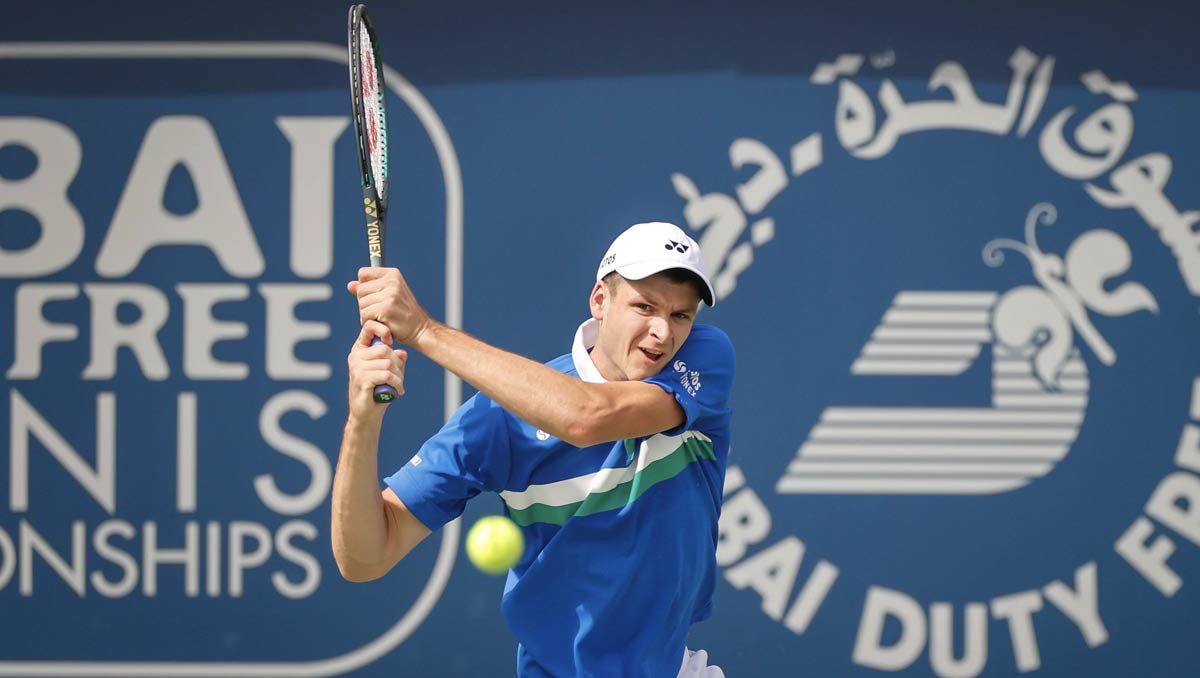 It is fair to say that, although the hot, hard courts of the Miami Masters has seen plenty of upsets in this last week, there remains plenty on the line for both the high-ranked and unseeded men left standing in the men’s draw.

Right from the start, Daniil Medvedev had the incentive of reclaiming the No1 ranking from the absent Novak Djokovic, after holding the top spot for just three weeks last month. He needed to reach the semis in Miami, and had already fulfilled his personal brief as far as the quarters.

Given how many seeds had tumbled during the previous week, he had yet to face one of the 32 who started in the draw—though his opener was against former champion Andy Murray, playing with a wild card. No matter: Medvedev was yet to drop a set.

But he would have an arguably tougher nut to crack to reach the semis: the defending champion and No8 seed Hubert Hurkacz, who had battled past No29 seed Aslan Karatsev in three sets.

The quietly spoken Pole made his breakthrough in 2021 with victory in Miami, one of three titles in the year, and his first and thus far only Masters title. Then ranked 37, he was the lowest ranked Masters champion in 16 years, and beat four top-20 seeds in the process. He went on to reach the semis at Wimbledon, where he scored a big win over Medvedev—from two sets to one down. Indeed, all three of their previous meetings, last year, went the distance.

Hurkacz’s Wimbledon run took him inside the top 12 for the first time, but with champion’s points to defend this week, he was in danger of slipping to 15 if he did not make the semis. Indeed, he could see the remarkable teenage Spaniard, Carlos Alcaraz, overtake him, for the 18-year-old was poised right behind him and scheduled to play his quarter-final a few hours later against one of two unseeded men to reach this stage.

It was the young Spaniard’s second straight quarter-final, and in Indian Wells he went on to reach the semis.

The 22-year-old Miomir Kecmanovic would, though, be hoping to emulate the other unseeded man, 23-year-old Francisco Cerundolo who, on Wednesday, advanced to the semis when Jannik Sinner was forced to retire with foot blisters. The Argentine, ranked 103 at the start of the tournament courtesy of some strong performances in the South American ‘golden swing’, had nevertheless proven his worth, beating three seeds before meeting Sinner.

Cerundolo was therefore looking at a huge boost in his rankings irrespective of his semi result—on the verge of the top 50. However, he faced another man whose early triumphs came on clay, Casper Ruud, but the Norwegian was increasingly showing his all-court skill and fitness on hard courts, and had also beaten three seeds, including No10 Cam Norrie and No2 Alexander Zverev.

The former No1 junior won a personal-best 57 matches and five titles in 2021 to end the season at a career-high No8. Reaching the final in Miami would not only be a huge feather in his hard-court cap but would take him to a new high of No7—and all before hitting the long clay swing.

So all the remaining men in Miami had either already broken new ground or were on the verge of doing so. First and foremost of course was Medvedev, and certainly his encounter with Hurkacz promised to be a close one. These tall, big-serving men were, though, as chalk and cheese in personalities: Medvedev the intense man, forthright, willing to face down negative crowds and use them to tighten his focus; Hurkacz a modest, quiet, undemonstrative man.

Here, the Russian started slowly, three errors and a double fault conceding a quick break in response to a cool, calm and collected hold from Hurkacz, who was already throwing in killer drop shots and serving on a sixpence.

US Open champion Medvedev was on the back foot, watching forehands zip through the court without reply: 12 of the opening 14 points went to the defending champion, 3-0, in under nine minutes.

Hurkacz went 4-1 ahead with a fine serve and volley winner, a pointer to his success in doubles, too: He was also into the semis of the doubles draw with John Isner. The Pole had the chance for a double break in the sixth game, too, but Medvedev withstood the pressure, found some acute backhand winners, and closed out a hold with his own neat net finish, 4-2.

Sure enough, the Russian worked his way into the set, fired a backhand down-the-line winner for two break-back points, and he ran down balls to the extremes of the court. Two big serves from the Pole, though, and it was deuce. Hurkacz seemed to have his opponent on a piece of string, running him to the extremes of the court and unable to break: 5-2.

Hurkacz then worked set point against Medvedev in the next game, but the Russian showed great resilience to hold it off. The Pole wavered serving for the set, making his first double fault, and a forced forehand error brought up three break-back points. The Russian needed one, broke, held to love, and it went to a tie-break.

There, Hurkacz took the first advantage, 3-1, but they changed ends all square. There was nothing between them in the oppressive heat, until Medvedev slotted a backhand long for set point to the Pole. However, Hurkacz serve-and-volleyed on a second serve, errored, and they changed ends, 6-6.

But an awkward mis-hit from the Pole drew an error—and a wry smile—from Medvedev, and Hurkacz converted his sixth set point, 7-6(7).

Medvedev took a long comfort break, and now looked the more depleted of the two. He immediately faced deuces in a long opening game, but did hold, and then held to love for 2-1. But the top seed was in trouble again in the fifth game, 0-40: Could Hurkacz convert his eighth break point of the set? He did, to lead, 3-2.

By now, the Russian star looked well below par physically, called the medic, and took some tablets, but Hurkacz stayed on track to serve for 5-3.

How long could Medvedev last? Surely not long enough to turn this set around and then win a third. He continued to fight for points but was bent double after every effort. And a fine rally of net touches worked a first match point, converted by defending champion Hurkacz after just over two hours.

It was a bowed and drained Medvedev who left court with a wave of thanks to an appreciative crowd, but his mood must have matched his disappointed body language: That No1 chance had slipped away.

So in the closing stages of this huge tournament, a Polish player has reached the semis from each of the 96-person singles draw.

Iga Swiatek, who last week affirmed her rise to No1 in the women’s ranks, reached the semis here, too, and so remains unbeaten in WTA1000 events this season. Her current streak started with the title in Doha, and continued through Indian Wells last week. The 20-year-old will next play against Jessica Pegula to extend her streak to 16 wins.

However, Hurkacz would not learn his opponent until Alcaraz and Kecmanovic faced off in the Thursday evening session. Until then, he would stay warm with a doubles match, as he and Isner took on Nick Kyrgios and Thanasi Kokkinakis for a place in the final.

Miami Open 2022: Youth has its day, as Ruud, Sinner and Zverev reach quarter-finals