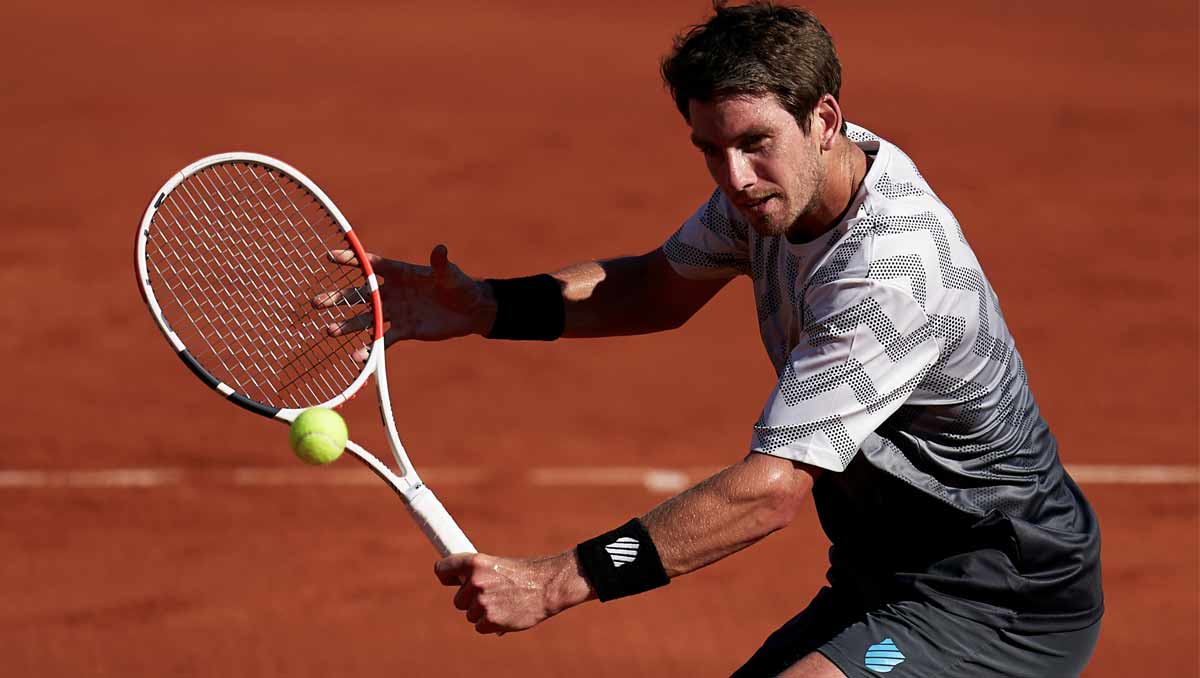 Cameron Norrie was playing his first tournament as a top-10 player, but the No7 seed would contest his opening match against a dangerous opponent—especially on the clay of Monte-Carlo.

Albert Ramos Vinolas had won four titles from 11 finals, all of them on clay. One of those finals was at this very tournament, in 2017, and the Spaniard, a former top-20 player and still ranked No37 at the age of 34, had already won a title this year: Cordoba.

Ramos Vinolas had beaten Norrie in three of their previous four matches, too—those three wins all on clay. And these were, the Spaniard admitted, his favourite courts on the tour.

In contrast, Norrie’s best results had come on hard courts, notably his first Masters title in Indian Wells last year, plus this year, the Delray Beach title and a run to the Acapulco final. In Monte-Carlo, he had just two match-wins in the bank—from 2019—and this promised to be gruelling test against a fellow leftie who had as much running in his legs as Norrie.

The Spaniard applied the pressure from the early stages, worked a break chance in the first game, and finally converted his third chance to break in the seventh game. A love hold consolidated a 5-3 lead, but Ramos Vinolas showed the first sign of nerves as he attempted to serve out the set. However, the Spaniard converted his third set-point, 6-4, after almost 50 minutes.

He then broke in the first game of the second set, too, and after a quick hold, was able to run Norrie ragged with drop-and-lob combos, twice in succession. The crowd was delighted with the effort on one side, the craft on the other, and it summed up just what a problem Norrie faced.

However, there would now be a switch in the momentum, as the wind suddenly began to gust—just as it had at the same time on the previous day. Ramos Vinolas had to serve into the wind, was broken, and Norrie held to take a 3-2 lead.

It became apparent that the Spaniard was struggling with pain in his side, and grimaced between the long, testing points that Norrie was now building. The Briton broke again, and as well as the wind, there was riotous noise from the adjacent court as local favourite, Italian No16 seed, Lorenzo Sonego, lost to Laslo Djere.

Trying to consolidate his advantage, Norrie faced five break points as the Spaniard rallied his resources, but the Briton held with an ace, 5-2, and went on to break again, closing out the set with a backhand winner, 6-2.

The Spaniard now sought medical help, took extra pain killers, and finally got on the scoreboard for the first time in eight games: 1-1. As the pain seemed to dissipate, Ramos Vinolas began to keep pace in some exhausting exchanges with Norrie, found his angles and his big forehand, and drew a couple of big errors from the Briton to get the first break of the decider, 4-3. He went on to serve out the win, 6-4, after more than two and a half hours.

For the unseeded Briton Dan Evans, it was also a real test of his clay abilities. His performance right here a year ago marked a sea-change for Evans, who had never before won a match at one of the clay Masters, but in Monte-Carlo he reached his first-ever Masters semi-final. What is more, he beat world No1 Novak Djokovic, and then No15 David Goffin in the process.

This year, he was lined up to face both men again in his quarter, but Djokovic was out of the equation after his opening loss against Alejandro Davidovich Fokina. However, Goffin was next in line, and was heading back into form after a season littered with injury problems. In 2021, the former top-10 Goffin lost nine times in his opening matches, and did not play after doing so at the US Open.

Last week, though, Goffin won the Marrakech title, scoring his 300th career win along the way. So while Evans had the advantage in previous matches, his only clay win was during that tough 2021 season. Here, then, was a serious test of the Briton’s level.

Evans survived a marathon sixth game of five break points, while Goffin was holding his serve with ease. The Belgian had dropped only three points on serve by the time he led, 4-3, but by the time they reached a tie-break, Evans’ serve was not far behind.

Their rallies were long, crafty, full of slice and angle, but come the final game, Goffin got off to a flowing start, 3-0, and was soon 5-1 up. Evans chided himself, though was doing little wrong, and facing three set points, served and took to the net to finish. But the Belgian found a great serve to hold, 7-6(5), and after an exchange of breaks to open the second set, Goffin broke again to take the lead, 2-1. Another break in a marathon fifth game, followed by a love hold, and he was 5-1.

Evans threw in a strong hold, but it was to no avail: Goffin served out a timely win, after two hours, 6-2.

Here, then, was Goffin showing all the qualities that had earned him the quarter-finals at three different Majors, numerous Masters semis, including Monte-Carlo, and a runner-up finish at the ATP Finals: dazzling footwork, nimble movement, and a smart tactical brain.

The Belgian has had plenty of bad luck in his career—a twisted ankle after tripping over the tarps at the back of the court at Roland Garros, an accidental strike in the eye by a ball in Rotterdam, and a Covid infection late in 2020. Perhaps, with last year’s ankle and knee injuries behind him, Goffin can at last get back his winning ways. For his quarter has opened up from what looked like a killer draw: both top seed Djokovic and No8 seed Carlos Alcaraz beaten.

Teenager Alcaraz arrived in Monte-Carlo as one of the men to beat, having won his maiden Masters in Miami after reaching the semis in Indian Wells to reach a career-high No11. Not just a hard-court performer, Alcaraz had also won the ATP500 in Rio in February.

But in 21-year-old Sebastian Korda, he faced another fast-rising star, who pushed Rafael Nadal to a third-set tie-break in Indian Wells. Sure enough, in a match of multiple breaks and switches in momentum, it was the tall, young American who got the final decisive break, and he served it out, 7-6(2), 6-7(5), 6-3, after more than three hours.

Korda will next play No10 seed and Indian Wells champion, Taylor Fritz, who beat Marin Cilic, 6-3, 4-6, 6-4. Fritz is the only remaining seed in this quarter.

In one more battle between youthful rivals—and the top two Scandinavian players in the rankings—the 23-year-old No4 seed Casper Ruud beat 18-year-old Holger Rune, 7-6(5), 7-5. He will next play Grigor Dimitrov.