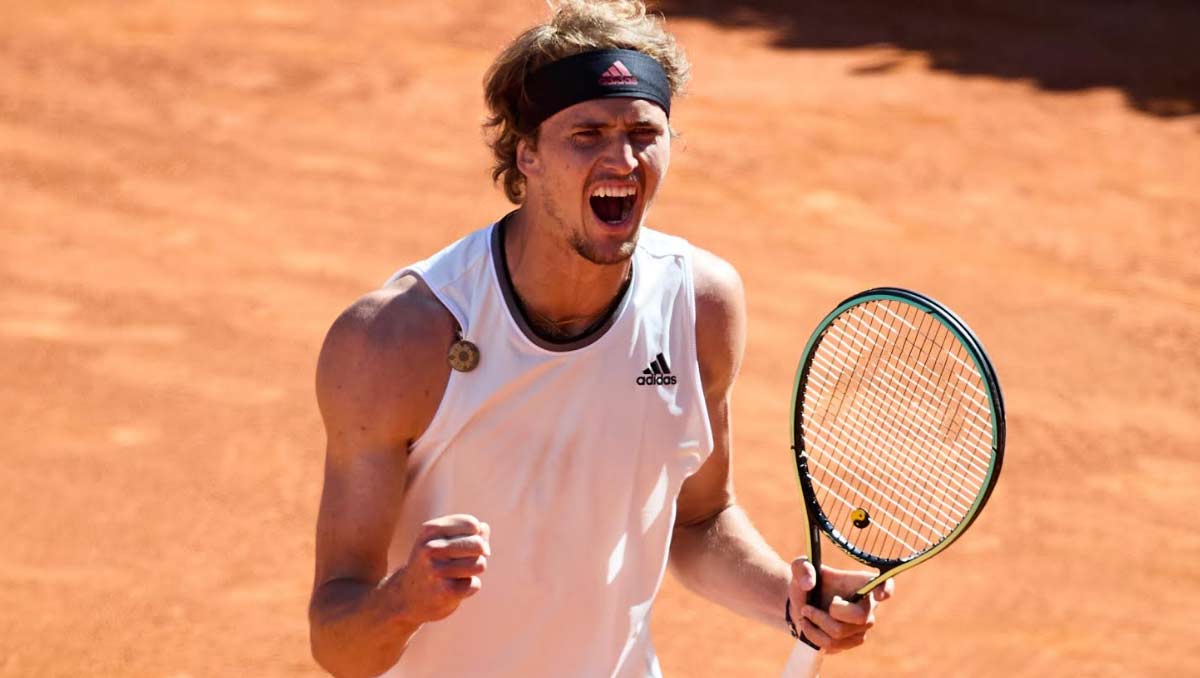 One defending champion, No3 seed Stefanos Tsitsipas; One man hot off winning his first Masters in Indian Wells, No10 Taylor Fritz; and one of the youngest men in the top 100, 20-year-old No9 seed Jannik Sinner; all played in a youthful quarter-final day at the Monte-Carlo Masters.

Along with Alexander Zverev, the only active player outside the ‘big four’ to own five Masters titles already, this was the quartet of top-10 seeds remaining in the draw, and all were age 24 or under.

And three of them were right up there with the tour leader in match-wins this year, the absent Rafael Nadal—marathon men eyeing their 20th victory.

If the youngest quarter-finalist Sinner beat Zverev, it would take him to a tidy 20 wins. If Tsitsipas beat No12 seed Diego Schwartzman, he too would reach 20 wins. And then there was Taylor Fritz.

The tall, 24-year-old Californian was quietly putting together one of the seasons of his career so far. The former junior No1 was leading the pack, already with 20 wins, and certainly not the easy way. Multiple three-setters, and two five-setters at the Australian Open, was a pattern carried into Indian Wells, where he won three three-setters, and won three matches in a final-set tie-break to reach a career-high 13.

In Monte-Carlo, too, he faced more long battles to make the quarter-finals, and by the time he took on the 22-year-old Spaniard, Alejandro Davidovich Fokina, the fatigue from so many matches, and so many sets, began to take a toll.

And that is not a great place to be when taking on the pace and strength of the young Spanish powerhouse. Davidovich Fokina it was who beat world No1 Novak Djokovic in three sets, before meting out defeat to David Goffin in relatively short order.

Fritz, then, won the first set, but began to need help from the trainer for some abdominal strains, and with his energy level dropping against the athletic Spaniard, there was no way back. Fritz was beaten, 2-6, 6-4, 6-3.

Another unseeded player followed them onto court: the oldest remaining contender, Grigor Dimitrov, took on No11 seed Hubert Hurkacz, and was playing at a ranking of 29 after enduring a long title drought.

So long touted as a Masters and Major champion in waiting when he emerged onto the tour as a teenager more than decade ago, the popular Bulgarian with the creative, all-court style peaked at No3 back n 2017, the year during which he won his first Masters in Cincinnati and then the ATP Finals.

Yet since then, he had reached just one more final, over four years ago in Rotterdam, and although he had made the semis in Monte-Carlo in 2018, his ranking had slipped—not helped by a Covid infection in 2020, and a few subsequent injury niggles, such as back spasms.

Here, though, he had picked up some big wins, especially against the in-form Casper Ruud. And he continued to flow confidently against former Miami champion Hurkacz, dropping only three points on serve in a swift first set, 6-4. But his level wavered a little in the second, while the Pole’s level improved, and Hurkacz got the first break, 4-2, holding for 5-2.

Dimitrov’s first missed volley of the match, his 11th, found the net in the eighth game, while in contrast, Hurkacz pulled off a dying, drifting volley winner to take the set, 6-3.

And talking of marathons in Monte-Carlo, these two would now contest the 24th three-setter of the week, and an immediate exchange of breaks suggested this was far from done. After all, their only previous match, just six months ago, needed a final-set tie-break to separate them, in Dimitrov’s favour.

The Bulgarian worked chances for another break in the eighth game, but Hurkacz countered with some timely big serves, 4-4. They stood at 75 points apiece as the Pole found a stunning forehand pass, and it was he who went on to break, and would serve for the match. But sure enough, Dimitrov broke back: Who would hold their nerve the longest?

Hurkacz faced two match-points, but came up with two cracking volleys, and assured a tie-break conclusion with a winning drop volley, with both men now playing at their best. However, Dimitrov deployed some great angles and changes of spin, attacked the net, and took a 5-1 lead at the change of ends. He served it out, 7-6(2) after two and a half hours, for a popular win to reach his eighth Masters semi-final.

The Bulgarian will next play Davidovich Fokina, who beat Dimitrov in their only previous match—on the clay of the Rome Masters less than a year ago.

From the oldest man of the final eight, the fans would welcome the youngest, and their local favourite, Italian Sinner.

The older Zverev, now 24 and ranked No3 in the world, had beaten Sinner in their last two meetings, both on hard courts, but their contest when the Italian was just 18 years old, at the French Open, went to Sinner.

And the young star had put paid to some tough opposition: three sets against Borna Coric; and three sets to dispatch Andrey Rublev from a set and a break down. He was suffering blisters on his feet—which forced him to retire in the quarters of the Miami Masters—but the crowd support was deafening, his spirit unbending.

Could he survive another top seed? He quickly went a break down, but then went on a three-game run to level at 4-4. It did not stop there: His explosive shot-making broke the German just ahead of the expected tie-break, helped by a final double-fault from Zverev, and the Italian served it out to love, 7-5, with impressive attack.

The Centre Court rose with a roar: There was no doubting their loyalties, even to the extent of booing Zverev. And it seemed to get to the German, whose errors were lapped up by Sinner. Sure enough, the home favourite broke in the third game—though not for long.

Zverev got back on the front foot, finding terrific length, broke back, but had to fend off another onslaught to hold for 3-2. And come the latter stages, following treatment on his thigh, Zverev broke and went on to serve it out, 6-3. It would be the third three-setter of the day.

Zverev certainly had the energy, and the bit between his teeth. Sinner was under pressure almost constantly, finally conceding the break in the seventh game. Yet the guts that Sinner had already shown this week forced Zverev’s hand, and the Italian got the break to level once again. It went to a tie-break, and they were still locked at 5-5 in the deciding game. But in the end, Zverev had the stamina to prolong the baseline exchanges, 7-6(5), after a marathon three hours 7 minutes.

Sinner sat head in hands, and received a standing ovation, but it is surely only a matter of time until becomes a Masters champion. For now, he can rest body, repair blisters, and draw a lot of confidence from his performances in Monte-Carlo.