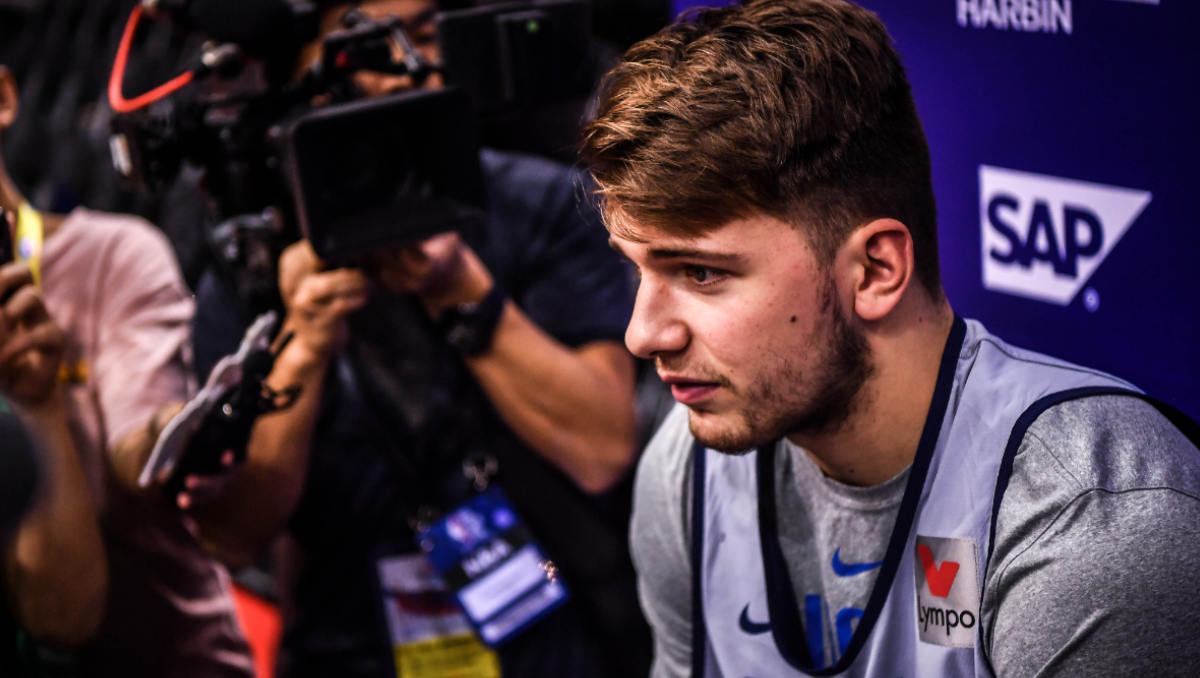 We’ll have a Game 5 in San Francisco later this week as Luka Doncic led the Dallas Mavericks’ to a 10-point victory over the Golden State Warriors. The Slovenian finished with another 30-point haul to continue his excellent form in the post-season. Doncic ended the elimination game with 30 points, 14 rebounds, nine assists, two steals and two blocks. It was an all-action display from the All-Star who had more freedom in Game 4 as Andrew Wiggins was less effective working on the 23-year-old. Doncic has already developed a reputation for being a big-time player thanks to his performances in elimination games in his limited NBA playoff appearances so far, averaging 36.6 points per game which is a league record.

‘The Others’ Come To The Party 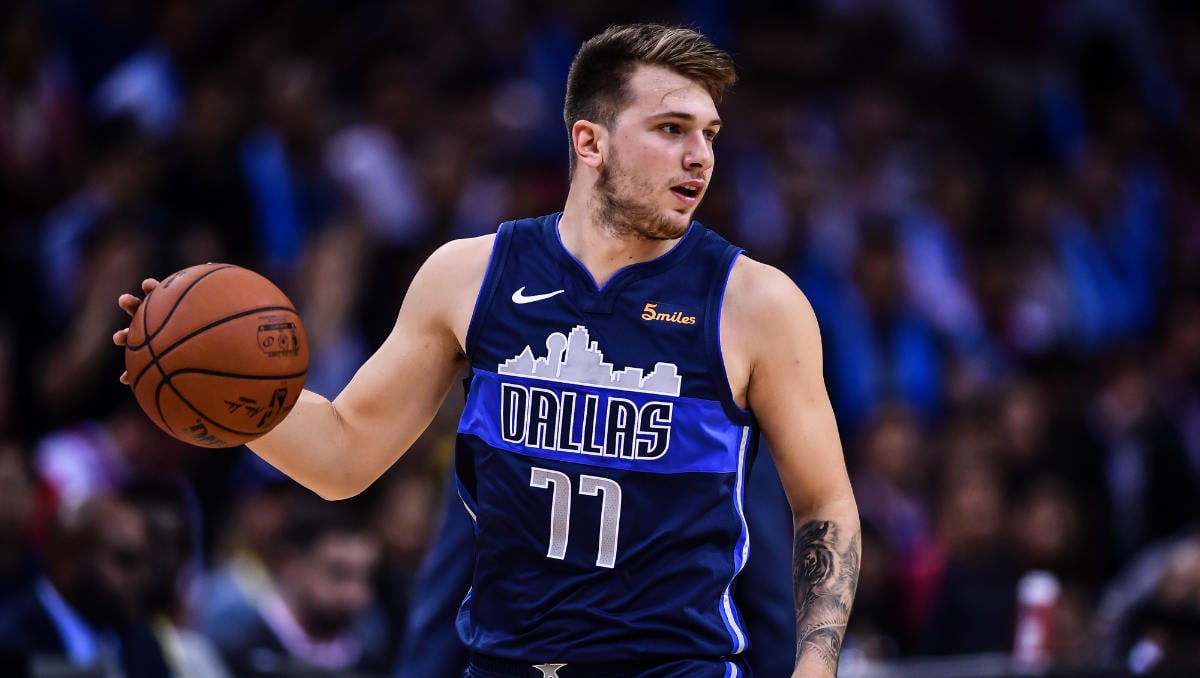 The odds are it was going to happen at some point in the Western Conference Finals. The Dallas Mavericks showed supreme three-point shooting at the back end of their series with the Phoenix Suns to eliminate the number one seed. “The Others” came to the party in a rain-drenched American Airlines Centre on Tuesday night. Led by Reggie Bullock, Luka Doncic’s supporting cast dispatched the Golden State Warriors with ease. Bullock hit 6 of his 10 three-point attempts to post 18 points, Dorian Finney-Smith finished with 23 points with four three-point shots. Jalun Brunson contributed 15 points with five field goals. The Mavs’ bench contributed 33 points as Max Kleber, David Bertans, Spencer Dimwiddie and Frank Ntilikina all contributed at least one three-point shot. The Warriors defense was as leaky as the American Airlines Centre roof and Dallas made it rain.

Steve Kerr used every player who travelled to Dallas as the Golden State Warriors head coach continued to show his willingness to utilize his squad. While it was a disappointing night for the Bay Area side, Kerr can take some comfort from the performances of his rookies Jonathan Kuminga and Moses Moody. The former scored 17 points in an impressive display from the 20-year-old as well as eight defensive rebounds. Kerr opted to empty his bench in the final minutes of the third quarter and they repaid their head coach’s faith by reducing a 29-point deficit to just eight points with three minutes to go before Jason Kidd’s side kept the Warriors at bay. It’ll give Kerr plenty to think about ahead of Game 5. 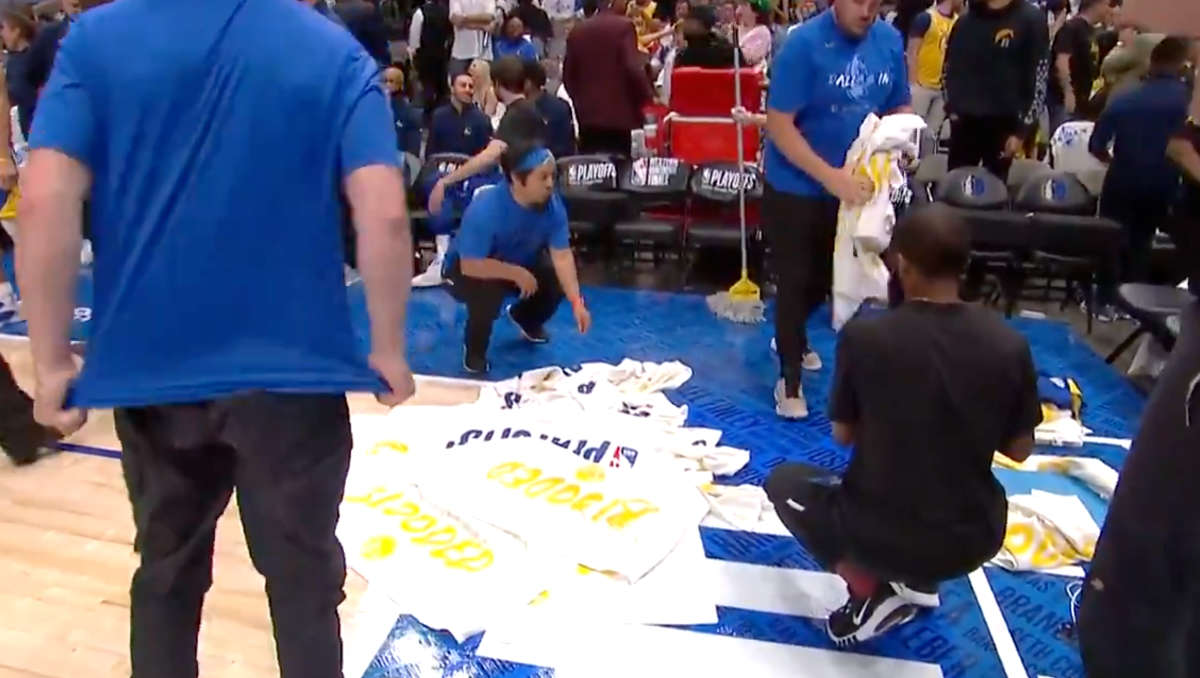 It was a strange night at the American Airlines Centre as a leaky roof caused a long delay at the start of the third quarter. The leak was directly on the court as towels were used to mop up the moisture and a temporary tarp system was set up to catch the water. It was a bizarre sight to see an NBA franchise resort to towels and tarp to stop a leak in what is one of the biggest leagues in the world. Draymond Green had a free-throw attempt that got caught at the back of the rim, with TNT commentator Reggie Miller remarking that such an incident wouldn’t happen in a 1,000 attempts even if a basketballer was trying to make it happen. Doncic was showcasing his trickshots during breaks in play. Of course, we can’t omit the tragic school shooting, where 21 people (19 children) were murdered, that occurred around 400 miles from Dallas earlier on Tuesday. Kerr made an impassioned plea to the US Congress in a powerful pre-match media conference here.