The unseeded Italian has worked back from personal and health problems; now faces teenager Gauff 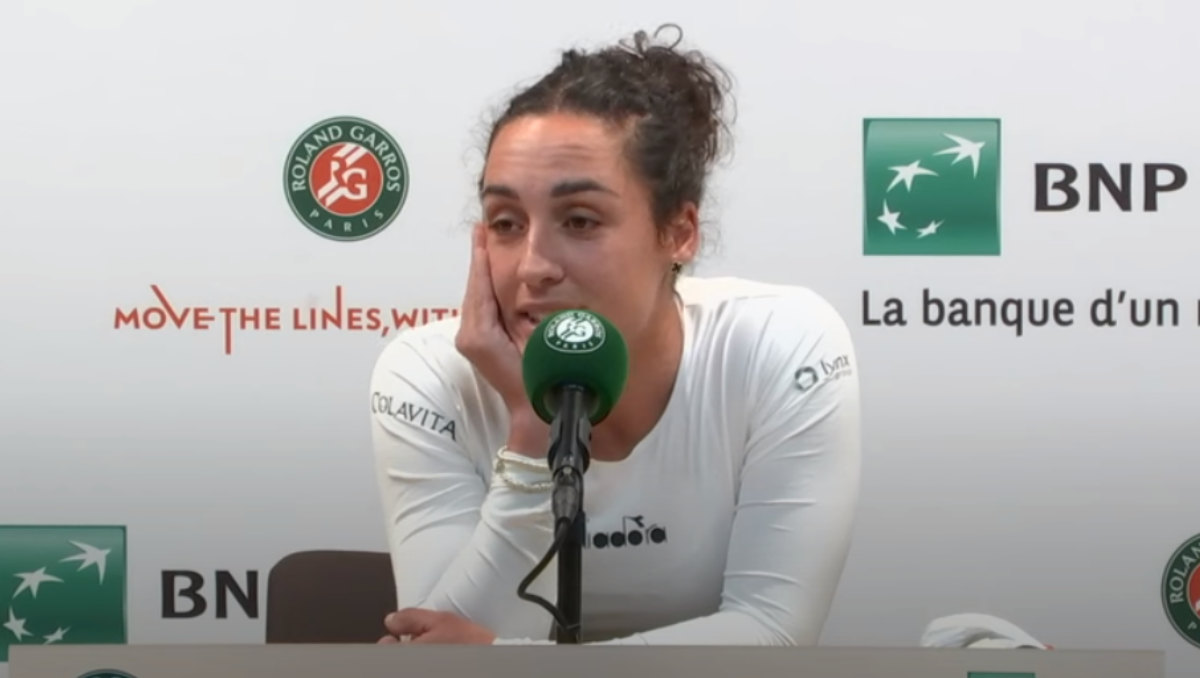 It is becoming one of the stories of this year’s women’s French Open singles draw.

Not that world No1 and former champion Iga Swiatek had extended her extraordinary 2022 run to 43-3, and 32 straight, on her way to the quarters at Roland Garros.

Nor that Swiatek was the only top-10 player to make it to the last 16, and the only one of the five former champions in the draw to get past the second round.

Nor that there were two teenagers among those last eight, No17 seed Leylah Fernandez and No18 seed Coco Gauff—who were also the only seeds to reach the quarters in the bottom half of the draw.

Nor that the only other Major champion left standing, Sloane Stephens, was unseeded at a ranking of 64, and the oldest remaining woman. The US Open champion also happened to be the only player other than Swiatek to have previously reached the final at Roland Garros, in 2018.

It was, instead, the other unseeded woman who was steadily capturing the imagination as the last eight began their campaign to reach the semis. For Italian Martina Trevisan was the unlikely name to sail through a 16-woman section headed by Emma Raducanu, Angelique Kerber, Petra Kvitova and No6 seed Ons Jabeur.

In the event, Trevisan did not face any of them, her first seed coming in the shape of Fernandez. The 59-ranked Italian, now age 28, had won just one WTA title, and that was in Rabat the week before the French Open.

And yes, she had made her pro debut back in 2008, and carved a place in the ranks with 10 singles titles on the ITF circuit, but she did not make her first Major debut until 2020, via qualifying. At Roland Garros that year, she made it all the way to the quarters, where she beat Gauff, Maria Sakkari and Kiki Bertens, before losing to eventual champion Swiatek.

But there was a significant backstory that informed her spasmodic evolution, for she was till ranked outside the top 100 at the start of this season, and playing qualifying rounds for the bigger tournaments.

She found the hot-housing tennis life difficult, pulled back, then saw her father develop a debilitating illness. Life became challenging, and she slipped out of tennis and into anorexia. Now after several years, she seemed to have emerged on the other side, rebuilt her coaching partnership, and worked through injuries as she got her tennis back on track.

Little wonder, perhaps, that after winning that milestone title in Rabat, she dedicated the win to her father: “I would like to dedicate this trophy to my dad. He can’t see me in this moment but I know he would be very proud of me. He is a fighter like me during this week, during his whole life, so this is for you, dad.”

Yet one characteristic that has stood out for the last week in Paris is the Italian’s joy in playing, and winning. She said after beating Daria Saville: “I’m not feeling pressure right now, I’m just enjoying the moment.”

Progress through the tournament for Fernandez had been tougher, especially against No14 seed Belinda Bencic and then Amanda Anisimova: two three-setters. The US Open runner-up had picked up an early title this season, in Monterrey, but until this week, her clay wins had been limited: one in Madrid, one in Rome. But her run to her first clay quarter-final in Paris showed just what a complete, athletic, multi-talented player the 19-year-old has becoming.

Hard, then, to predict how this first meeting would unfold.

Fernandez and Trevisan, as is too often the case at Roland Garros, opened at midday on a sparsely-populated Philipp Chatrier court, but could at least enjoy bright sunshine and calm playing conditions.

As the two left-handers got underway, it was Trevisan who was quicker out of the gates, with Fernandez making multiple, nervy errors to contribute to an immediate break. Trevisan had to work hard to hold the next game, but the winners flowed towards 2-0.

Fernandez was soon settled, though, and hit four winners to hold with ease at 1-2, only to scatter more errors during a love hold from the Italian. The hot-and-cold start reasserted in the fifth game, but it was ultimately a gutsy hold by the teenager, before she called for the trainer.

With her blistered and painful foot treated and taped, she continued, only to be broken again for 5-2. Trevisan worked three set points, the Canadian levelled, but offered another set point, the Italian fired a winning forehand down the line, 6-2.

It was her 10th winner of the match to just four errors, while Fernandez’s stats were almost exactly the reverse.

The Canadian was now playing with more freedom, more aggression from the baseline, determined to take the ball earlier and seize the initiative from Trevisan. It earned her a break for 3-1, but the Italian was determined to keep the pace high and on her racket. She broke back, but got herself into trouble with two double faults. Trevisan resisted three more break chances to the Canadian and held, 3-3.

Fernandez needed to stem the attack coming at her, faced deuce, and a rare Trevisan error boosted the Canadian’s position, 4-3, and soon followed by a quick hold for 4-4. Both women were playing inside the baseline, determined to take the initiative: It made the margins small and risky. But it also reaped rewards, as Trevisan pounded the extremes of the court to draw errors and a timely break. She would serve for the match.

And now nerves took a grip: Trevisan could not find a first serve, and Fernandez took full advantage. A match-point came and went, and the Canadian broke, 5-5. Trevisan would surely have loved the four first serves that sealed a love hold when she next stepped to line. Instead, she now faced a tie-break, and Fernandez fed off the errors of her opponent, 5-1, and took the set, 7-6(3).

The Italian bounced back admirably, serving perfectly for two love holds that sandwiched a break, 3-0. The games grew longer, but after four deuces, and some of the longest rallies of the match, Trevisan converted a fourth break point, courtesy of a forehand winner, 4-0.

However, as before, the Italian’s first serve deserted her, and the two battled through almost nine minutes and five deuces before Fernandez hammered a winner to break again. Still Trevisan regrouped and immediately broke again with a huge roar.

In a severe case of déjà vu, Fernandez made some more sizzling returns of serve, then a love hold: 5-3. The pressure was well and truly on Trevisan once more, and the tension was palpable. An opening double fault did not auger well, but this time, an ace drew a roared “Forza!” and match point, and her 43rd winner closed out an emotional win, 6-4.

She afterwards talked of the inspiration of former Major Italian-born champions, Francesca Schiavone and Flavia Pennetta, both playing in the ‘Legends’ draw in Paris. But there are many who will be just as inspired by the petite figure of this particular Italian, who is into her first Major semi-final. And an extra bonus will be a surge inside the top 30, and perhaps inside the top 20 should she reach the final.

First, she will face a woman 10 years her junior, after Gauff put in another outstanding performance over compatriot Stephens, 7-5, 6-2. It will also be Gauff’s first Major semi, and at the tournament where she was junior champion four years ago.

The teenager has looked very strong throughout the tournament—is yet to drop a set—but she had to work hard against Stephens in the first set. After a quick opening break, she served at 5-3, only for Stephens to break back. However, with a 6-5 lead, the younger woman broke again for the set.

Gauff quickly regained parity at the start of second set in an exchange of breaks, and raced to 5-1, ultimately breaking one last time for the match, 6-2, after an hour and a half.

Reporter: Bayern set to pay up to €40m for 30-year-old Liverpool FC star