Bayern Munich are negotiating a €40m deal with Liverpool FC to sign Sadio Mane, according to Calciomercato reporter Matteo Moretto.

The Senegal international has been heavily linked with a move away from the FA Cup and League Cup winners over the past few days amid reported interest from Bayern Munich.

Mane hinted that he would potentially make an announcement about his future following the Champions League final but the 30-year-old has so far remained tightlipped after their 1-0 defeat by Real Madrid.

The Liverpool FC no10 has less than a year remaining on his current deal to cast doubt on his long-term future at the 19-time English champions beyond this summer.

Mane has won every available trophy during his six seasons at Liverpool FC, apart from the Europa League, to highlight the club’s dominance during his time at Anfield.

Reporter Moretto has now revealed that Mane is set to sign a three-year deal with Bayern and the Bundesliga club will cough up a transfer fee in the region of €40m deal. 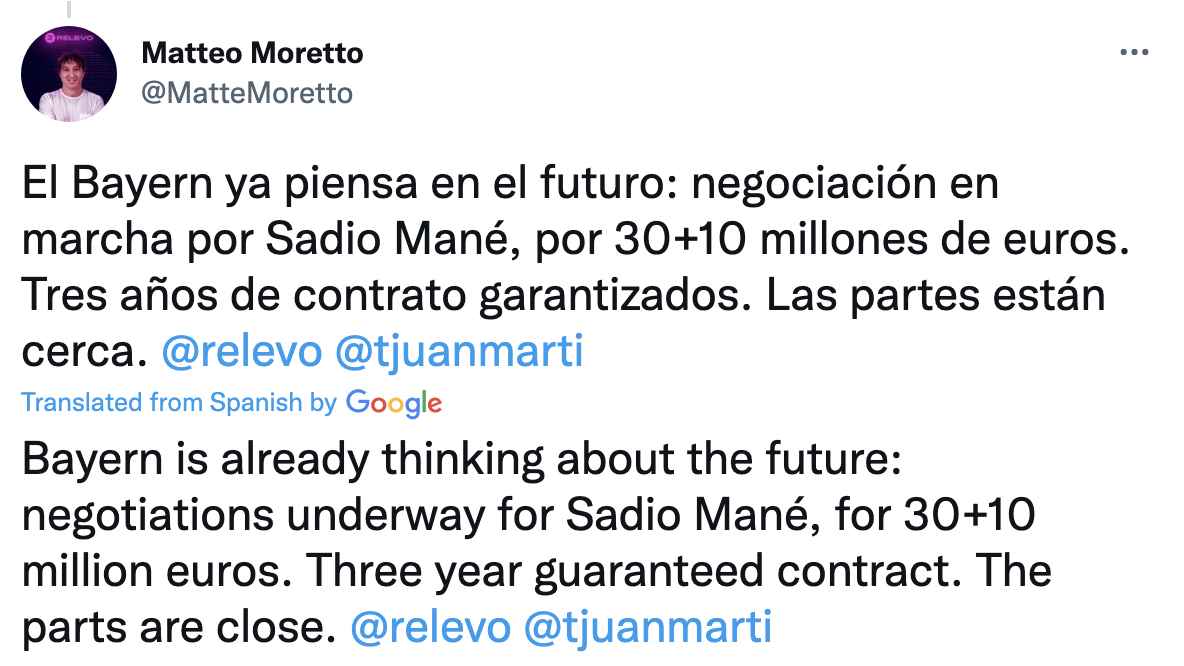 Mane scored 23 times and made five assists in 51 games in all competitions in the 2021-22 season to help the Reds win the FA Cup and the League Cup as well as finish as runners up in the Premier League and the Champions League.

The Senegalese forward has netted 120 goals in 269 games in all competitions during his six seasons at Liverpool FC.