Sadio Mane will tell Liverpool FC that he wants to leave this summer, according to Fabrizio Romano.

The Senegal international was part of the Liverpool FC team that lost 1-0 to Real Madrid in the Champions League final in Paris on Saturday night to miss out on a second European Cup winner’s medal.

Mane has 12 months left to run on his current deal at Liverpool FC but the 30-year-old hasn’t given any indication whether he will put pen to paper on a new deal at the Anfield outfit.

The former Southampton winger has been linked with a potential switch to Bundesliga giants Bayern Munich over the past couple of weeks ahead of the summer transfer window.

Liverpool FC have already bolstered their attack over the past six months with the addition of Luis Diaz in a £40m deal from Portuguese side FC Porto in January.

Italian transfer expert Romano revealed that Liverpool FC will confirm Mane’s imminent departure this summer, adding that Bayern are in the running to sign him.

Romano wrote on Twitter: “Sadio Mané has decided to leave Liverpool this summer.

“He’s ready for a new experience after many special years with Reds – it will be confirmed to the club.

“FC Bayern are strong contenders – but it’s still open and not completed as Sadio wanted to wait for the final.” 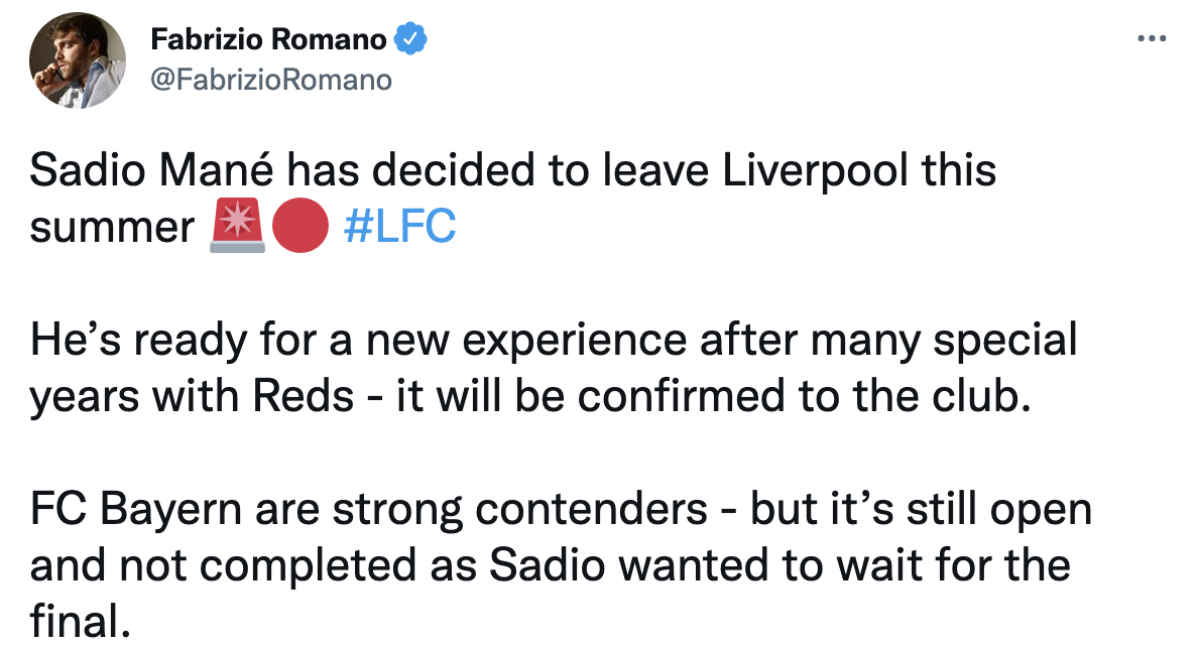 Mane scored 16 times and made two assists in 34 games in the Premier League over the past season to help Liverpool FC finish just a point behind champions Manchester City.

The Senegal international has won the Premier League, the Champions League, the FA Cup, the League Cup, the Uefa Super Cup and the Fifa Club World Cup at Liverpool FC.