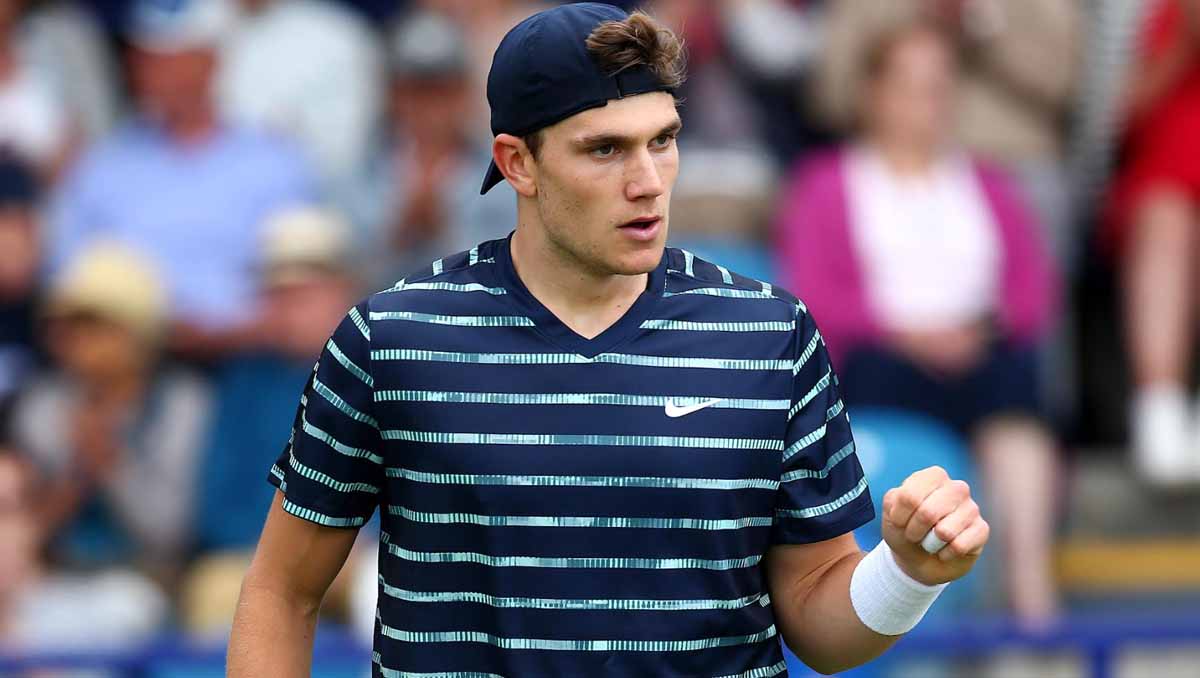 Draper is part of the LTA’s Pro Scholarship Programme, which offers the highest level of support to players with the best chance of reaching the ATP/WTA top 100 singles.

While Draper was preparing for his second-ever ATP quarter-final, Peniston had just beaten Spaniard Pedro Martinez to secure a fourth consecutive grass-court quarter-final. Draper took advantage of Peniston’s heavy schedule by beating the 147-ranked Briton inside 75 minutes, avenging his defeat at Surbiton from three weeks ago.

Draper is the last Brit standing in the singles draw after American Maxime Cressy advanced to his second career semi-final by knocking out top seed Cam Norrie in straight sets 7-5, 7-5.

In the women’s WTA500 event, which began with five top-10 players in a stacked draw, No14 seed Petra Kvitova ended Briton Harriet Dart’s singles run in straight sets 6-3, 6-4. Dart, who played five matches in 24 hours, battled hard but succumbed to the strength of the two-time Wimbledon champion.

Kvitova has now reached an eighth grass-court semi-final: Only three active players have played in more. Indeed Kvitova has won more grass-court matches, 62, than Dart has played on the entire WTA-tour. The Czech will now look to reach her first final at Devonshire Park since 2011, when she takes on the in-form Beatriz Haddad Maia. The tall Brazilian has just won the titles in Nottingham and Birmingham back to back.

Latvian Jelena Ostapenko’s title defence continued as she reached her fourth semi-final of the season, beating Anhelina Kalinina, 6-3, 6-2. Ostapenko, who had not won back-to-back matches since her semi run in Doha in February, recovered from an early break to take the first set, despite wasting four set points.

The world No14 completed the job after 70 minutes, and will face last year’s semi-finalist, Camila Giorgi, in the semi-finals.