After marathon battle of over three hours, second set headed to tie-break when Zverev was wheeled off court in tears 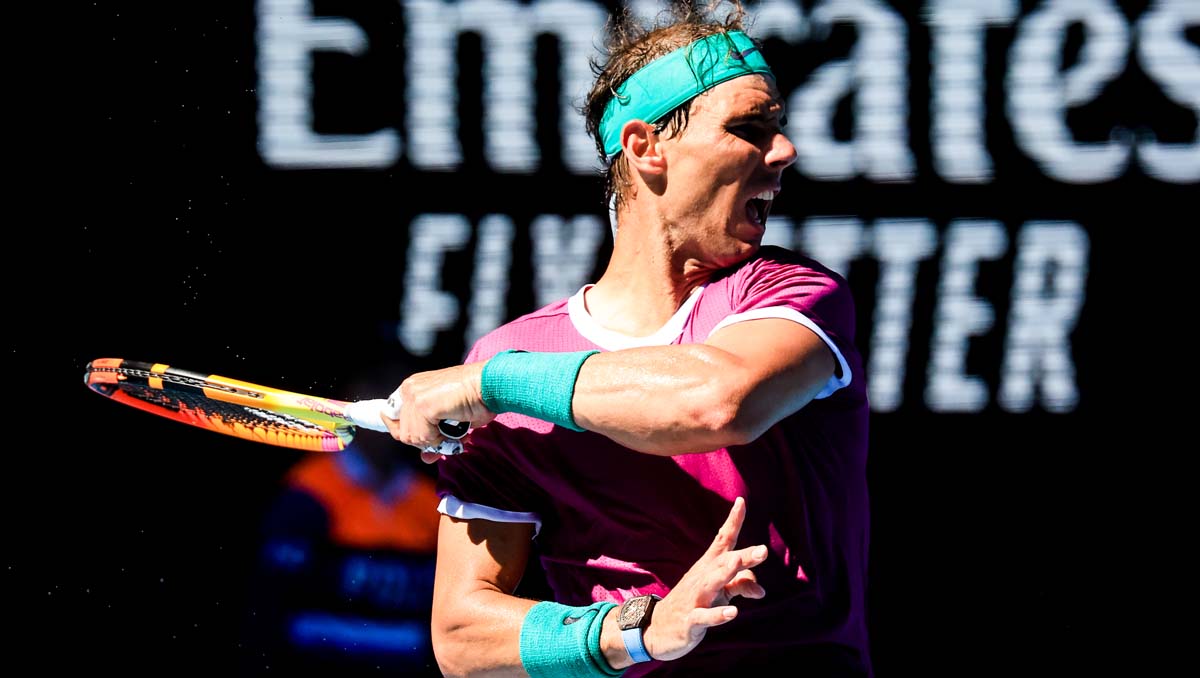 Front and centre, as he had been since his very first appearance at Roland Garros in 2005, Rafael Nadal was again attempting what seemed impossible.

For 17 years ago, when he had already won five clay titles, two of them Masters, before he lifted the Roland Garros trophy, how many would have predicted that he would go on to win the Coupe des Mousquetaires 13 times, and would still be in the hunt for a 14th, with 105 match-wins at the tournament for just three losses?

Who could have predicted that he would overtake his two great rivals, Roger Federer and Novak Djokovic, to top the all-time list of Major singles titles, his 21st coming just five months ago at the Australian Open?

Back where it started, on the clay of 2005, the Spanish icon won 24 consecutive singles matches, a record for a male teenager. After claiming the first of 11 Monte-Carlo titles and the first of 10 Rome finals, he rose to No5, and turned 19 on the day he beat Federer to reach his first French final.

Now on his 36th birthday, and again ranked No5 in the world, he was aiming to reach the final again, the second oldest ever to do so.

With 62 of his 91 titles won on clay, there was never any doubt about his preferred surface, but over the years, the Spaniard’s proficiency on hard courts had developed with his increased aggression, bigger serve, and undoubted net skills. Indeed this year, he had gone 20 without loss on hard courts to win not just the Australian Open but Melbourne and Acapulco, before losing the Indian Wells final.

This year, then, he had lost just three matches—that number again—for 28 wins, but then his formidable 25-year-old opponent, No3 seed Alexander Zverev, was up to 29 wins, had been a semi-finalist at the tournament last year, and came to Paris with semi runs at both Monte-Carlo and Rome, and a final finish in Madrid.

The tall German, indeed, had won his first Masters on clay, in Rome, at barely 20 years old, and went on to win Madrid twice—five Masters titles altogether. For years, he had been carving out a role as a potential Major champion, reached the US Open final last year, and after accumulating 60 weeks as No3 in the world, he was looking at No2 for the first time if he beat Nadal. If he went on to claim his first Major, the former junior No1 might also claim the ultimate prize, the senior No1 ranking.

And his past record suggested that was not pie in the sky. He had beaten Nadal three times—that significant number again—including once on Madrid’s clay. But in their only Major match, in Australia more than five years ago, Nadal had won in five sets.

However, it was Zverev, who led the pack of 1990-born players with 19 titles, including Olympic gold last year, got the jump on Nadal in the very first game.

Perhaps unexpectedly, the match had to be played under the roof as Paris was drenched in rain. Nadal has invariably thrived in the hot, dry, high-bouncing clay conditions, so would this favour the tall German with the firepower to hit through the humid air?

Nadal opened on serve, but Zverev was quick to assert his aggressive tactics, and broke immediately. There were huge cheers as Nadal held in the third game—there was no doubting where the French loyalties lay—but Zverev held firm on serve, a love hold for 4-2.

Now, Nadal began to reply in kind, also earning a love hold. He hit bigger, and forced more errors from the German racket, and in a long, seven-minute eighth game, the Spaniard got his reward, levelled, and then held to take the lead for the first time, 5-4.

Zverev had to battle long and hard to level again, seven deuces, three set points, almost 14 minutes, with countless errors, especially at the net, before a roar of defiance took the German to 5-5.

Come the tie-break, Zverev also hit long to concede the first advantage, but found some huge forehands to turn it around, and worked four set points at 6-2. Still he could not convert, even on his own serve, and Nadal slotted two outstanding passes to earn set point. It took more before the Spaniard’s signature forehand pass down the line sealed a marathon set, 7-6(8), after more than an hour and a half.

After a seven-minute break while Nadal took time off court to change his drenched kit, Zverev was broken to love, but this time, he broke straight back, and the errors flowed on both sides in a string of breaks. Finally the German held in a seven-minute game: It was still just 3-2 with two and a quarter hours on the clock.

This time, Zverev broke to lead, 4-2, and they stood at 77 points apiece. It was short-lived, as a sequence of cat-and-mouse net exchanges brought another Nadal break. Two more followed, before Zverev served for the set at 5-3, but three double faults, and they were back on serve.

They headed towards another tie-break, with almost three and a quarter hours on the clock, and visions of a record-breaking match in the making. But everything came to a dramatic end on the very last point for 6-6, as Zverev skidded into a wide forehand and his ankle twisted under him in an agonising moment.

He collapsed, roaring in pain, and was wheelchaired from the court in tears. It was clear, long before the announcement came, that he would be unable to play on, but he sportingly returned, on crutches, to shake hands with the umpire, embrace Nadal, and wave a crutch in thanks to the crowd.

So Nadal, in the worst possible way, sealed his 30th Major final, his 14th at Roland Garros, and will return come Sunday to take on the winner from the unexpected line-up that played the second semi.

No8 seed, the 23-year-old Casper Ruud, would face No20 seed Marin Cilic, a man 10 years his senior. And while Cilic had, eight years ago, had won a dazzling US Open, and made the final of both the Australian Open and Wimbledon, he, like Ruud, had never before made the semis at Roland Garros.

Just two of his 20 titles had come on clay, while seven of Ruud’s eight had come on the red stuff. But for Cilic, a former French Open junior title, Paris was proving to be his best run of the year.

He already had one claim to fame by making the semis: only the fifth active player with Nadal, Federer, Djokovic and Andy Murray, to reach the semis of all four Majors. That he had put out both No2 seed Daniil Medvedev and No7 seed Andrey Rublev only emphasized the form he was bring to the table. But could he now dispatch the former junior No1?

As they did not begin until well after 7pm, it would be late before the answer was forthcoming.