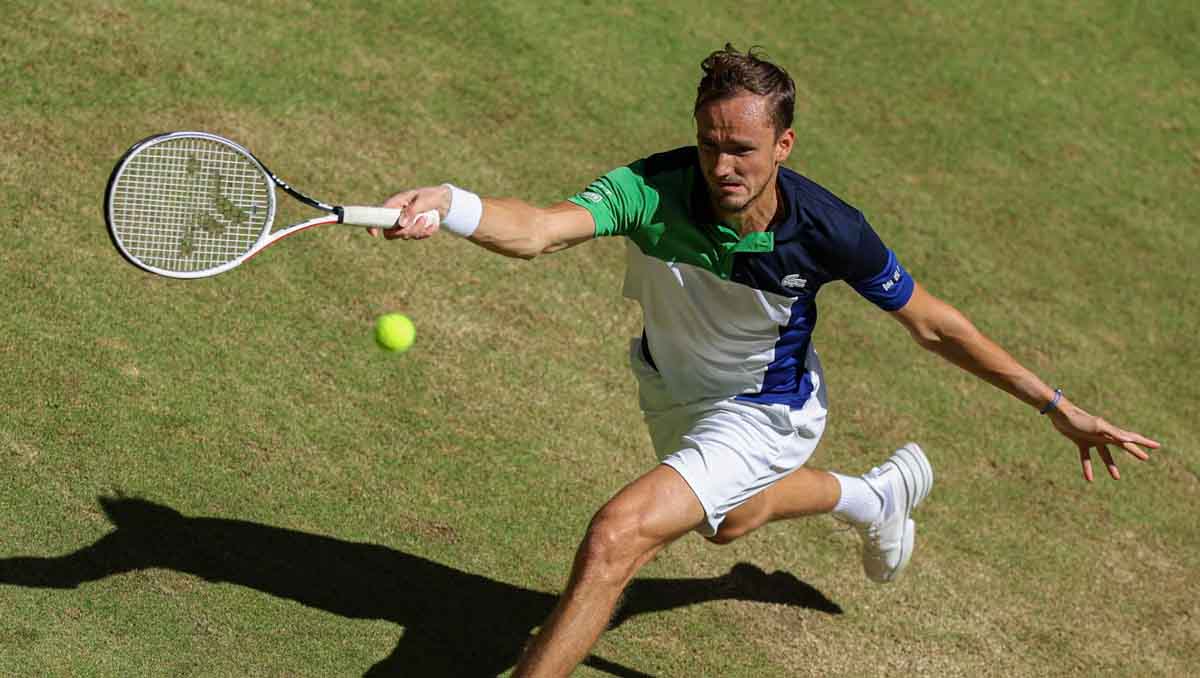 World No65 Nick Kyrgios ended the hopes of No2 seed Stefanos Tsitsipas in a three-set win to advance to the quarter-finals of Halle’s ATP 500, the Terra Wortmann Open, 5-7, 6-2, 6-4.

In a match of high-pace tennis, the unpredictable Australian triumphed over the Greek in an eventful contest that, once again, featured warnings from the umpire followed by discussions with the supervisor. But Kyrgios afterwards captured the atmosphere on the sun-baked centre court:

“I play for the audience. Everywhere I go I feel like people want to see me and my show.”

In the second quarter-final of the bottom half of the draw, Pole Hubert Hurkacz and Canadian Felix Auger-Aliassime set the other quarter-final on Friday.

No5 seed Hurkacz beat the defending champion Ugo Humbert from France, 7-6(5), 6-3, while Canadian No4 seed Auger-Aliassime had little trouble with his US challenger, Mackenzie McDonald. After a hard-fought first set, which he won in a tie-breaker, 7-6(7), Auger-Aliassime followed up with a quick 6-1 set to seal the match.

World No1 Daniil Medvedev won his career first match in Halle, having lost in the first round last year, beating 2019 runner-up David Goffin, 6-3, 6-2. Medvedev meets Ilya Ivashka on Thursday, whom he defeated in ‘s-Hertogenbosch last week on his way to the final.

Medvedev, who reclaimed the No1 ranking this week, will miss the season’s grass finale because of a ban by Wimbledon of players from Russia, and he also missed much of the European clay swing due to a hernia operation. However, he admitted that the break may have been a factor in starting the grass season so well.

“The clay seems like a long season for me, especially I struggle mentally a lot on it, so I always feel like I am a little bit worn out after Roland Garros. [This year], I just played two clay tournaments, and still [I found] Roland Garros tough even though I played good there. So it’s not that easy, but definitely I am more fresh than previous years.”

He reinforced just how positive he has felt about this year’s grass swing ahead of the tournament:

“I now feel much more comfortable on grass than I have in recent years. But my favourite surface is still the hard court.”

And of his surprising loss in ‘s-Hertogenbosch to world No106 Tim Van Rihjthoven, he added: “Surprises like this are always possible on grass. The way he played against me and in the tournament in general, he has the potential to be in the top 30 soon.”