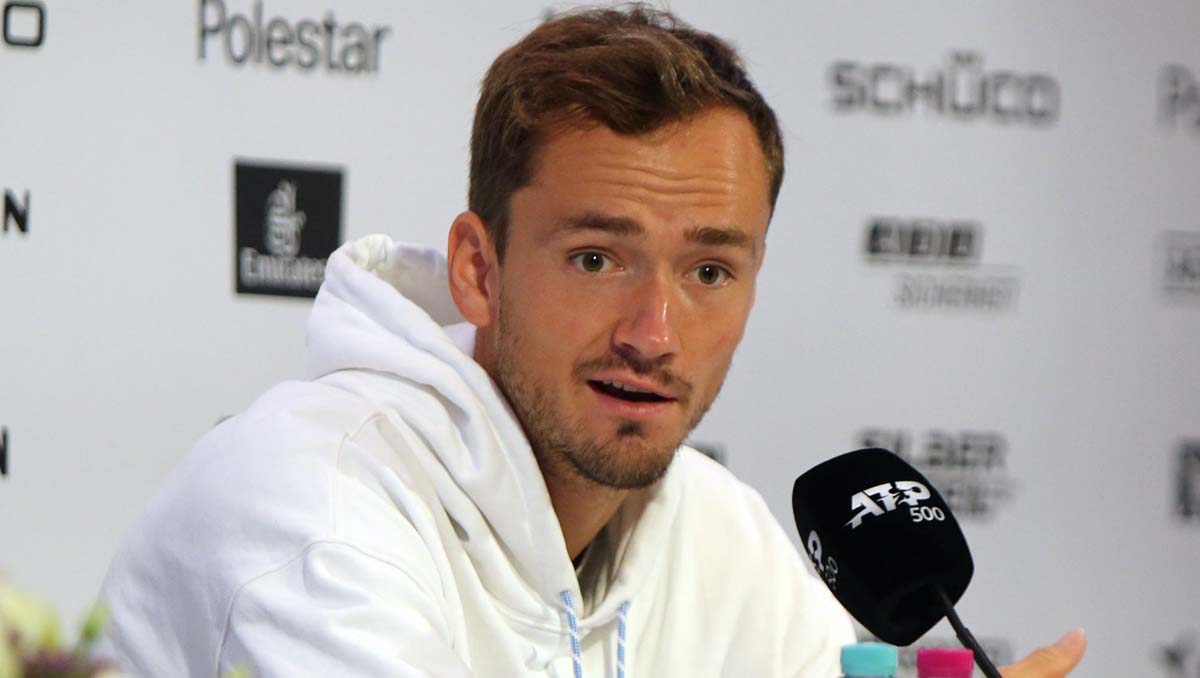 For the first time since Roger Federer rose to No2 in November 2003, the men’s rankings will be without either the Swiss, or Rafael Nadal, or Novak Djokovic, or Andy Murray—the so-called ‘big four’—among the top two places.

Instead, with the French Open ranking points dropping from this week, Daniil Medvedev moved back to the No1 that he held briefly in March, and Alexander Zverev rose to a career-high No2, with Djokovic at No3.

The story is a complex one, however. It is just two weeks until Wimbledon, but Medvedev, along with world No8 Andrey Rublev and two more top-40 Russians, will be unable to play there after the LTA banned Russian and Belarusian players following the invasion of Ukraine.

The story does not end there, for in response, the professional tennis bodies withdrew all ranking points from Wimbledon, on the basis that it is unfair to ban any qualified individual on the basis of nationality.

So Djokovic, unable to defend his 2,000 champion’s points from last year’s Wimbledon run, is likely to fall still further behind Medvedev. And because both Medvedev and Zverev lost in the fourth round at Wimbledon last year, they will drop only 180 points apiece.

What is more, Zverev also remains in doubt for Wimbledon after sustaining a serious ankle injury at the French Open. So Wimbledon could find itself without the top two ranked men in the world.

It will also be without the eight-time champion Federer, who miss Wimbledon for the first time since 1999. The Swiss dropped to No68 this week, his lowest since the end of 1999, and will slip outside the top 100 by Wimbledon, after knee surgery ended his season there last year.

But the pursuit of ranking points, as well as prestigious titles, continues apace before the All England Club opens its gates at the end of the month.

The grass season is so short and sweet that it has never enjoyed a Masters tournament, but the two 500s at London’s Queen’s Club and Westfalen’s Halle have certainly come close in quality over the years—though they were not awarded 500 status until 2015.

And this year, because of the LTA’s ban on Russian and Belarusian players, they have been forced to make difficult choices between the two tournaments.

Queen’s has always boasted the best grass courts, and its central London location helped make Wimbledon preparation particularly stress-free. But it cannot host Russian and Belarusian players, so Halle, with its temporary grass, has been the only choice for those banned men.

And so, after his final run in Stuttgart at the weekend, Medvedev tops the seeds again in Germany, while world No5 Stefanos Tsitsipas—beaten by Andy Murray in Stuttgart—is the second seed.

Medvedev’s is an unenviable draw if he is to gain points. In his first appearance at the tournament last year, he was beaten in Round 1 by Jan-Lennard Struff, who he could face in the second round this year. But he faces the dangerous David Goffin in the first round and, as luck would have it, all three of his compatriots were drawn in the same half. However, last year’s runner-up Rublev was beaten in his opener by Nikoloz Basilashvili, 7-6(1), 6-4.

For Tsitsipas, along with seeds Pablo Carreno Busta and Felix Auger-Aliassime, there are unseeded dangers in the shape of Nick Kyrgios and defending champion Ugo Humbert.

Across in London, another ranking riser tops the seeds. Casper Ruud, runner-up at both the Miami Masters and Roland Garros, who rose to a career-high No5.

Seven of his eight titles, including both this year, had come on clay, and he only ventured onto grass for the first time last year, winning two matches from five played. But the Norwegian has been improving at a steep trajectory, and has room to add points in his debut appearance at Queen’s.

He opens against a British wild card, Ryan Peniston, who is one of seven Britons in the main draw. Ruud will hope to make at least the quarters, though thereafter, he could be facing former champion Marin Cilic.

One man he will not face is No4 seed Taylor Fritz, who was soundly beaten by the big 20-year-old Briton Jack Draper, who is now just inside the top 100, and scored his first top-20 win in his opener, 6-2, 6-2. And as Draper next faces a qualifier, his big leftie game could take him further. Also through is Alexander Bublik after Lorenzo Musetti fell at the start of the second set and had to retire.

Perhaps the biggest dangers sit at the bottom of the Queen’s draw, posing some big challenges to No2 seed and defending champion, Matteo Berrettini. The Italian, runner-up at Wimbledon last year, arrives on a four-match winning streak with the Stuttgart title, and wins in 14 of his last 15 grass court matches.

But he opens against the crafty Dan Evans, who won the Nottingham Challenger yesterday. Grass is perhaps the Briton’s favourite surface, which suits his single-handed, all-court skill.

Then the second round will bring Stuttgart runner-up and multiple Queen’s champion Murray or Lorenzo Sonego—though the British star picked up an abdominal strain in the closing stages of yesterday’s final.

It gets no easier for any of the men concerned: the rest of his bottom quarter contains Stan Wawrinka, Frances Tiafoe, and Denis Shapovalov. But the winner from this quarter would not face the top-ranked British man, No3 seed Cameron Norrie, who was runner-up to Berrettini last year. He also had a very difficult opener against former champion Grigor Dimitrov, and while he had beaten the Bulgarian twice last year, they had yet to meet on grass.

And there was some stylish tennis on show for a packed crowd in London’s sunshine. There was little to choose between them, with very high serving percentages, some great sliced exchanges, and not a break point in sight as they headed to a tie-break in a speedy 40 minutes.

Norrie got the first point against serve with his leftie forehand pass down the line. He handed it back with his first double fault of the match, but remedied the error with a huge off forehand winner, and two aces closed out the set, 7-6(2).

Dimitrov bounced back in the second set to work the first break with a long, carefully-crafted exchange, and he consolidated with a quick hold comprising four aces, 3-0. He maintained the aggression to break again, slotting serves and backhands with apparent ease. His ninth ace of the second set took it to 5-0, and he served it out, 6-1, with just three unforced errors in the set.

Norrie saved three break points in the fifth game of the third set, but double faulted on a fourth, and a love hold by Dimitrov made it 4-2. The Bulgarian fought back from 0-40 to hold again, and went on to serve out the win, 6-4.

Update: Murray has subsequently withdrawn after having a scan of his abdominal injury. His place will be taken by Denis Kudla.