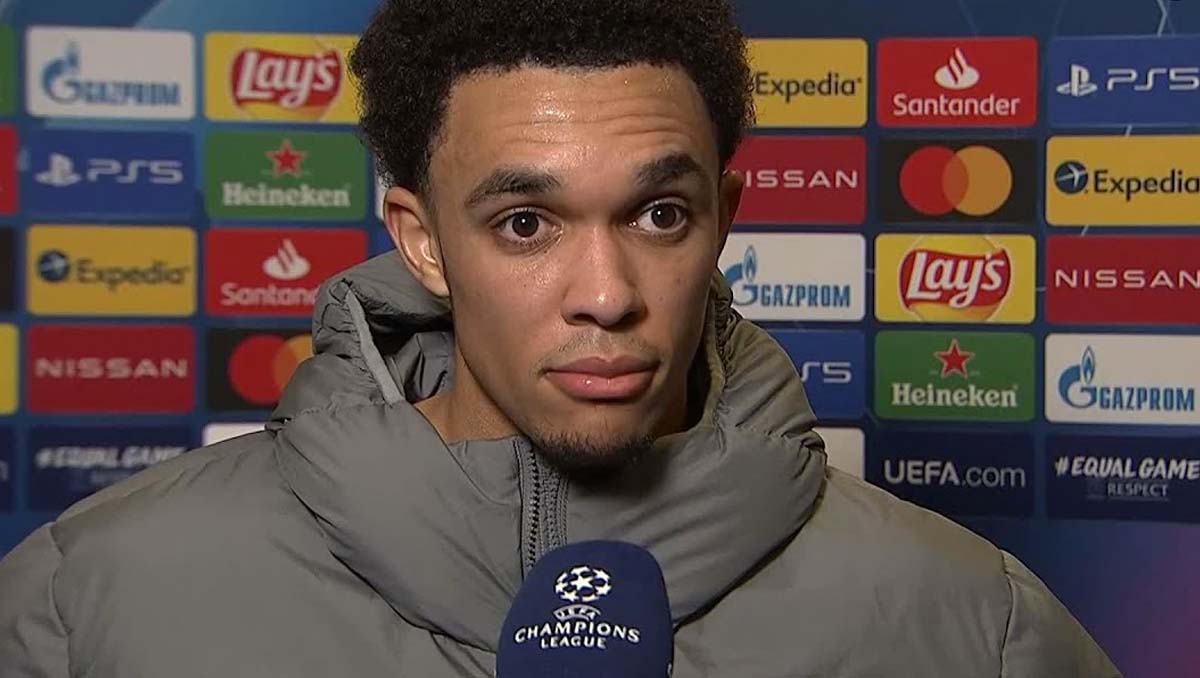 Trent Alexander-Arnold has wasted no time making Darwin Nunez feel at home at Liverpool FC after the Uruguay international completed a move to Anfield on Tuesday.

The 22-year-old completed a reported club-record £85m move to Liverpool FC from Benfica on Tuesday afternoon to become the Merseyside outfit’s first signing of the summer.

BBC Sport is reporting that Darwin will cost an initial £64m but the fee could rise to £85m if the centre-forward fulfils a series of performance-related add-ons.

Darwin will wear the No27 shirt at Liverpool FC as the Uruguay international takes over the number from Divock Origi after the Belgium striker left Anfield this summer.

The South American scored 34 times in 41 games in all competitions last season, including two goals against Liverpool FC in the Champions League round of 16.

Alexander-Arnold, on the other hand, made 12 assists in the Premier League last term to help Liverpool FC finish in second place behind Manchester City.

The England international is already looking forward to establishing an understanding with the new Liverpool FC signing judging by his social media activity on Tuesday.

Alexander-Arnold posted the following message for Nunez on Twitter to welcome the new signing to Anfield.

Alexander-Arnold wrote on Twitter: “Welcome to Liverpool!
@Darwinn99 How may I assist you?”

Darwin scored 48 times in 85 games in all competitions over the past two seasons at Benfica.

“I’m really happy and delighted to be here at Liverpool. It’s a massive club,” Nunez said after signing for the Reds. “I want to win a lot of trophies at Liverpool.

“I’ve played against Liverpool and I’ve seen them in lots of games in the Champions League – and it’s my style of play. There are some great players here and I think it’s going to suit my style of play here.”

The new Reds signing has netted twice in 11 appearances for Uruguay.