Centre Court marks centenary, but without former champs Federer and Barty or No1 Medvedev 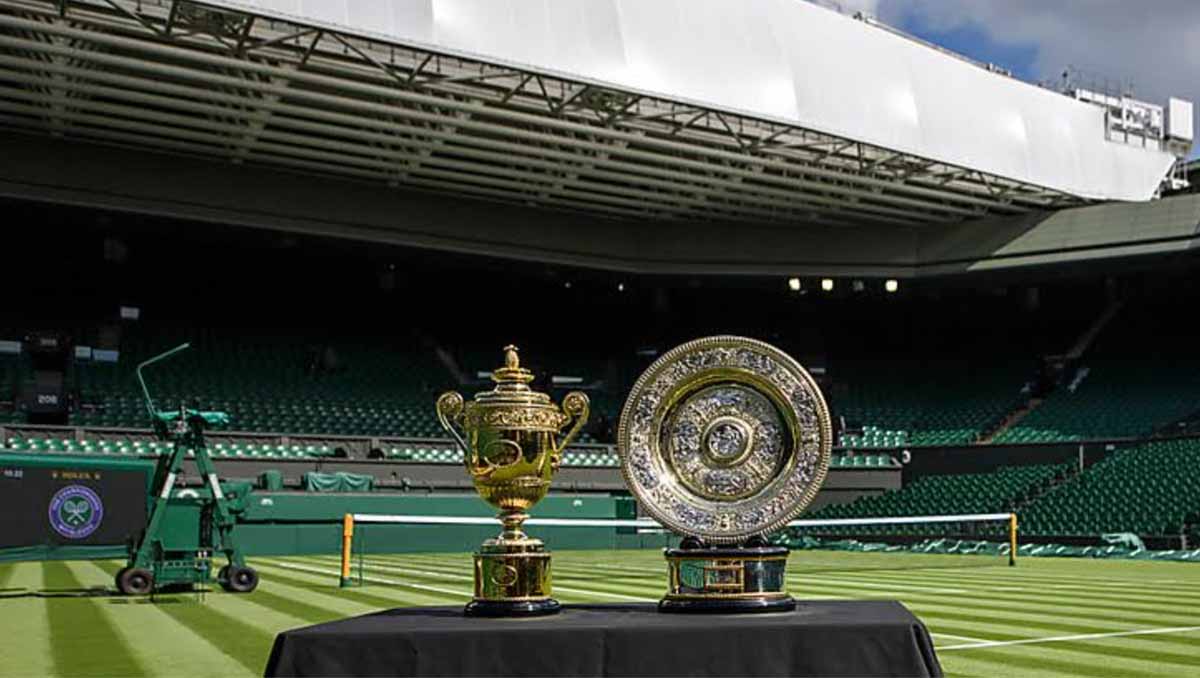 After the 2020 abandonment of the oldest and, in the judgement of many, the most prestigious tennis tournament in the world, it seemed that Wimbledon had survived enough setbacks for one decade. The coronavirus pandemic had done what nothing else had managed since the six-year trauma of World War 2.

Yet when Wimbledon returned last year, things were still out of kilter: Fewer tickets for fans, fewer media, no Queue, no ‘live’ press conferences, and with the players denied one week of grass preparation after the French Open encroached on the all-too-brief grass swing in order to comply with Parisian Covid restrictions.

That the two top seeds made significant runs to the titles—Novak Djokovic’s 20th Major title drew him level with great rivals Roger Federer and Rafael Nadal, while Ash Barty became the first Australian woman to win the title since her idol Evonne Goolagong had won in 1980—made it memorable for more positive reasons, but 2022 would surely get the tournament back on an even keel.

Sure enough, no Covid restrictions, despite the virus still being prevalent in the population, would restrict either the fans or those who keep the tournament running like clockwork.

On a humid Thursday, as 16 qualifiers sealed places in each singles draw, the All England Club was already a hive of activity. The ground staff mowed, trimmed, lay down white lines, watered and rolled—all practised to the nth degree.

Because the courts, like everything else, have to be perfect: stair-cases and seats are wiped down, the brass and wood and glass have been polished to perfection. And take a look at the flowers—banks of purples, whites, and greens across the entire grounds.

And the players complete the picture, conforming to the all-white tradition as they amble the pathways for their practice sessions.

Yet even against this oh-so-familiar backdrop, unexpected events have again thrown a spanner in the works.

Wimbledon took the decision to ban Russian and Belarusian players in response to Russia’s invasion of Ukraine. And the No1 men’s player, Daniil Medvedev, happens to be Russian, as are two other potential seeds: world No8 Andrey Rublev and No22 Karen Khachanov.

The world No6 in the women’s tour, Aryna Sabalenka, is from Belarus, and around five more seeds hale from Russia and Belarus, too.

And that was not the only impact of the Wimbledon decision. The men’s and women’s tours decided that this amounted to discrimination based on nationality, and withdrew ranking points for all players in the draw. They will play for money—and there is £50,000 even for a Round 1 loser—and prestige, and for some, the statistics are also an incentive. A Wimbledon title—whether singles, doubles, junior, et al—is a lifetime accolade.

But there are other unusual circumstances this year. For example, this will be the first Wimbledon since the introduction of the ATP rankings in 1973, and the first Major since the 1999 Australian Open, where neither the world No1 or No2 will play, the latter, Alexander Zverev, forced to withdraw after surgery for an ankle injury.

Much further down the ranks, but no less notable, former world No1 and eight-time Wimbledon champion Federer will not be in the draw for the first time since 1998, and will fall out of the top 100 for the first time in almost 23 years. He has undergone three knee surgeries since the pandemic hit tennis early in 2020, and the soon-to-be-41 Swiss will not emerge before the autumn.

Also absent is the defending women’s champion Barty, who suddenly announced her retirement from tennis in March: Quite simply, she has had enough, and wanted to take a new direction—at just 25 years of age.

Her absence begs one particular question: the champion is always given the honour of opening play on Centre Court, so who will take Barty’s place? Should it be the woman who took her place as No1, Iga Swiatek, who has made herself almost unbeatable this year? The 21-year-old Pole has won six titles back-to-back, including four WTA1000s and the French Open: 35 wins in a row.

Or should it be the champion from 2019, Simona Halep, who was unable to defend her title last year because of injury?

There is no such problem on the men’s side: Djokovic won his sixth Wimbledon title last year, this third in a row. He will take pride of place on Centre Court come Monday—100 years after it first hosted the Championships in Church Road.

And come middle Sunday, another departure from the old ways: There will not be a day of rest. For the first time, there will be a full schedule every day, with a celebration slotted between Sunday’s Centre Court matches to mark that 100-year milestone.

So amid all these departures from its usual traditions, this Wimbledon could become one of the most intriguing in some time, with records up for grabs, and chances for a fresh set of stars to take the Championships by storm.

There will be the old guard, of course, and Rafael Nadal’s extraordinary 2022 could become even more momentous. After winning both the Australian and French Opens, he could extend his lead over rivals Djokovic and Federer to 23 Majors—equalling that other super-star, Serena Williams.

It is worth remembering that the only two men to deny Djokovic, Nadal and Federer at Majors in the last six years are both absent: Medvedev, and the injured Dominic Thiem.

But watch out for Queen’s double champion and Wimbledon runner-up Matteo Berrettini, the remarkable teenager Carlos Alcaraz, the resurgent Marin Cilic, the ever-improving Felix Auger-Aliassime, and lurking outside the seedings, Nick Kyrgios and Andy Murray.

As for Williams, she made a late and surprise decision to join the start-list after retiring injured in the first round last year. She has not played competitively since, and many wondered whether her silence about her tennis career amounted to unofficial retirement.

Instead, she will have another stab at the record 24th Major that has remained fiendishly elusive since she won No23, while pregnant, in 2017. She has reached four Major finals since, and two more semi-finals, but at 40 years of age, is time now against her?

Or rather, is the new wave of young champions—notably Swiatek, but also US Open winners Emma Raducanu and Bianca Andreescu, or high-ranked young titlists, Paula Badosa and Anett Kontaveit, or in-form Ons Jabeur and Beatriz Haddad Maia, or the precocious talent of Coco Gauff—ready to take the reins from the likes of former champions Williams, Halep, Garbine Muguruza and Petra Kvitova?

All will be revealed in two weeks’ time, but the ground-breaking Wimbledon of 2022 feels as though something special is on the cards.