Adam Lallana is an English footballer currently at Liverpool FC. Find out more about Adam in our in-depth biography

By The Sport Review
Updated on Wednesday 14 April 2021 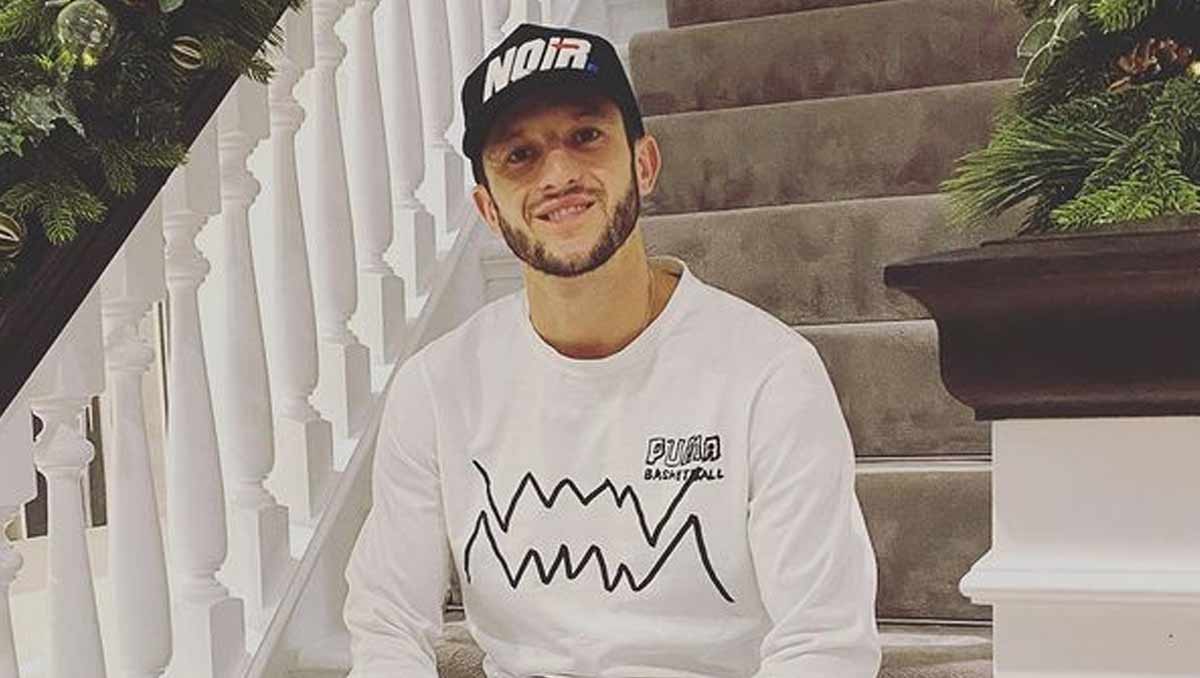 The English midfielder started his professional career at Southampton after Lallana made his debut in August 2006.

Adam helped Southampton achieve successive promotions to the Championship and the Premier League in 2011 and 2012.

Lallana completed a £20m move to Liverpool FC from Southampton in the 2014 summer transfer window to end his nine seasons at the Saints.

He scored his first international goal in England’s 1-0 win against Slovakia in their 2018 World Cup qualifier in September 2016.

The midfielder joined Brighton and Hove Albion from Liverpool FC in July 2020. 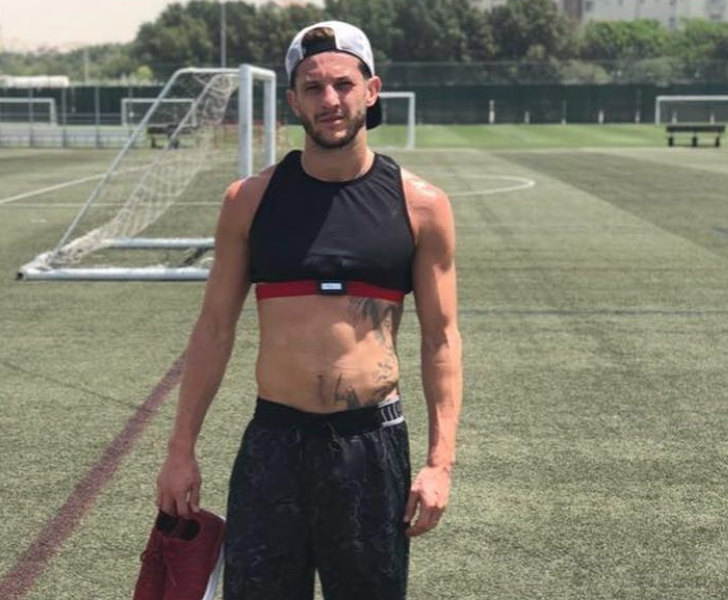 Adam started his career at Bournemouth.

Southampton spotted 12-year-old Lallana at their rivals’ academy and paid a total of £18,00.

Adam made his Southampton debut in a 5-2 victory over Yeovil Town in the League Cup on 23 August 2006.

Two months later, Lallana signed a new contract with the Saints to keep him at St Mary’s until 2009.

He made one goal in five games in his first two seasons in the Southampton first-team squad.

Adam didn’t score his first goal for the south coast club until 2008 when he netted in a 1-1 draw with West Brom in the Championship.

Lallana managed to tie down a regular spot in the starting XI in 2008-09 following a return of two goals and three assists.

It wasn’t until the 2009-10 campaign that the Saints playmaker underlined his talent with an impressive amount of goals.

Indeed, Lallana became the first Southampton midfielder to score 20 goals in a season since Matt Le Tissier in 1994 when he netted 20 times in 56 games in four different competitions.

He helped Southampton secure promotion to the Championship as League One runners-up after Adam netted eight goals and made 11 assists in 30 outings. He was named in the division’s team of the year.

Lallana scored in Southampton’s 3-1 win over Leeds United in their first game back in the Championship.

Adam contributed 11 goals and 10 assists throughout the campaign under manager Nigel Adkins as the Saints were promoted to the Premier League after finishing second in the 2011-12 Championship table. 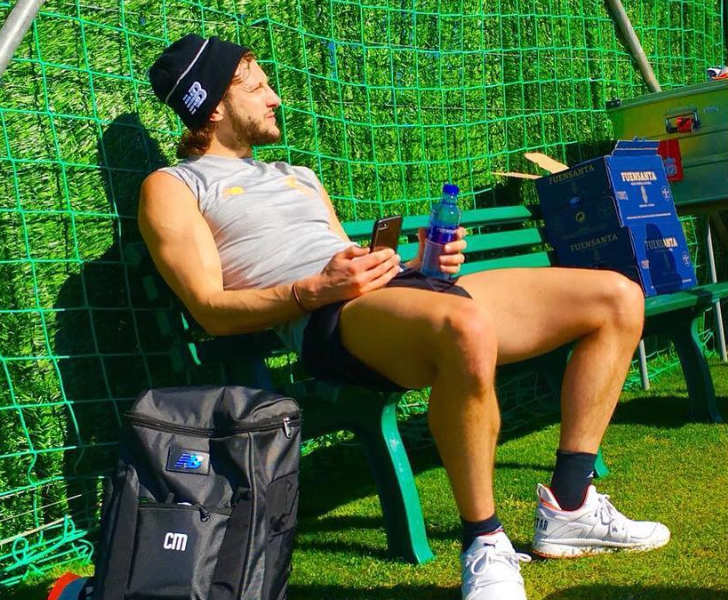 Lallana wore the captain’s armband and set up a goal in Southampton’s 3-2 win against defending Premier League champions Manchester City at The Etihad in his first appearance in the top flight.

He netted his first Premier League goal in a 4-1 loss at West Ham in October 2012. Lallana netted four weeks later in a 2-0 victory over Newcastle United.

The Southampton playmaker netted a goal in a 2-0 victory over Reading to help the Saints produce an impressive finish to the season to secure their top-flight status.

He netted in successive Premier League games for the first time when he helped the Saints collect four points against Swansea City and Manchester United.

Lallana was one of Southampton’s most impressive players during the festive period with strikes against Hull City and Newcastle.

He netted four times in five games against Burnley, West Brom, Arsenal and Fulham to continue his impressive form for the Saints.

Lallana was named in the PFA team of the year after he scored nine goals and made six assists in 38 games.

Liverpool FC signed Lallana in a £20m deal from Southampton in the 2014 summer transfer window.

Adam made his first appearance in the Champions League in a 2-0 win against Ludogorets in the group stage.

He opened his Reds account with a goal in Liverpool FC’s 2-1 win over West Brom in the Premier League at Anfield in on 4 October.

Lallana scored two goals in Liverpool FC’s 4-1 home win against Swansea in the final game of 2013.

He finished his first season at Liverpool FC with six goals and five assists in 46 games in all competitions.

Lallana netted in Liverpool FC’s 1-0 win against Bordeaux in the Europa League on 17 September 2015. He found the net in Europe again in a 1-1 draw with Sion.

Lallana netted a sensational winner in Liverpool FC’s 5-4 win against Norwich at Carrow Road on 23 January 2016.

He was a substitute in Liverpool FC’s penalty shootout loss to Manchester City in the League Cup final before Lallana netted in their 3-0 win over the Citizens in the Premier League days later.

Adam scored in Liverpool FC’s 3-0 victory over Villarreal in the Europa League semi-finals before he was subbed off in a 3-1 loss to Sevilla in the final in Basel.

He finished his second season at Liverpool FC with 11 goals and eight assists in 49 games.

The England international started the 2016-17 season in style with a goal in Liverpool FC’s 4-3 win at Arsenal in their opening game.

He continued his form with goals against Newcastle and Hull City in September. 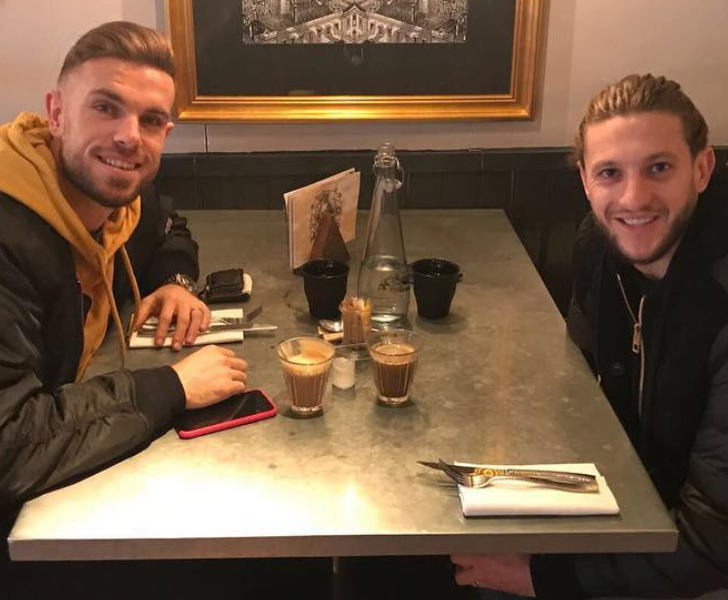 The playmaker was a key part of Liverpool FC’s successful top-four challenge but didn’t score again until a 3-0 win over Middlesbrough on the final day of the season to secure Champions League football.

Lallana suffered a serious knee injury in pre-season to leave the English star sidelined until 25 November 2017.

He came off the bench in a 1-1 draw with Chelsea FC at Anfield in November 2017.

However, Adam endured a number of setbacks to limit his game time in his fourth season at Anfield.

He finished the season with 12 appearances in all competitions, including a substitute appearance in Liverpool FC’s 3-1 loss to La Liga giants Real Madrid in the Champions League showpiece.

Lallana left Liverpool FC after his contract expired in the summer of 2020 and signed for Premier League rivals Brighton and Hove Albion on 27 July 2020 on an initial three-year contract.

Lallana’s impressive Southampton form earned the playmaker a place in the England squad in November 2013.

He made his Three Lions debut in a 2-0 loss to Chile at Wembley on 15 November.

Lallana was named in Roy Hodgson’s England squad for the 2014 World Cup and he featured in all three group-stage games.

Adam netted his first England goal in a win at Slovakia before he netted in a dramatic win over Scotland in their 2018 World Cup qualifying campaign.

Lallana won the England player of the year award for 2016.

He has scored three times in 34 games for the England national team.

• Adam Lallana was born in St Albans but he is not an Essex boy after he wasT raised in Ilford, Bournemouth.

• The England international’s grandfather is Spanish.

• Lallana’s goal against Leeds United at home during the 2011/12 season broke a 12 year hoodoo of Southampton failing to win an opening day game.