Ander Herrera is a Spanish footballer who plays as a midfielder. Find out more about Ander in our in-depth biography

Ander Herrera is a Spanish footballer who plays as a midfielder.

The Basque midfielder started his career at La Liga side Real Zaragoza before Ander moved to Athletic Bilbao after three seasons.

Herrera scored 11 times in 148 games during three campaigns at Bilbao before he attracted interest from the Premier League.

Ander moved to Manchester United in a £28m deal from Bilbao in the 2014 summer transfer window.

He was named Manchester United’s player of the season following an outstanding 2016-17 campaign.

Herrera eventually signed for Paris Saint-Germain from Manchester United in the summer of 2019 on a free transfer.

He earned his first Spanish cap against England at Wembley in November 2016. 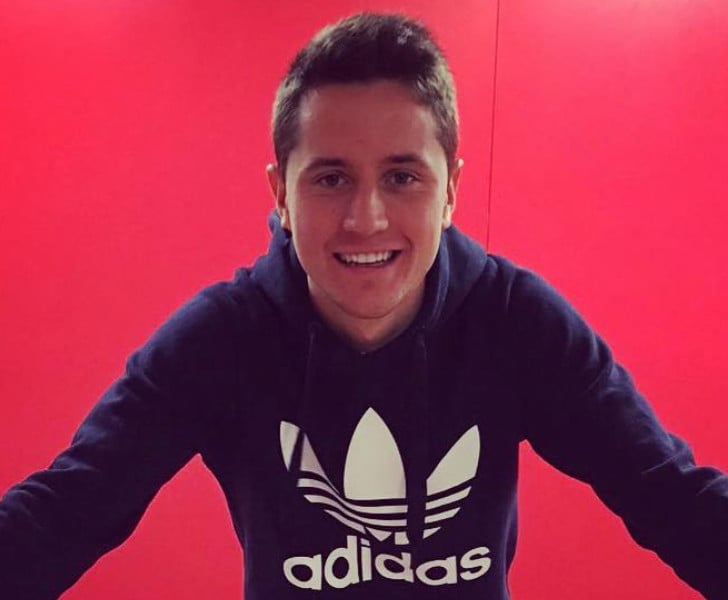 Ander started his career at Spanish club Real Zaragoza in 2008.

He represented the club’s second string side in the Tercera Division and scored two goals in 10 games.

Herrera was soon promoted to the senior side and contributed two goals in 19 appearances to help Real Zaragoza achieve promotion from the Segunda Division.

He scored his first La Liga goal in a 4-1 loss RCD Mallorca on 6 December 2009. Herrera doubled his tally for the campaign in a 3-2 defeat at Xerez in their penultimate game of the campaign.

Ander underlined his importance to Zaragoza in the 2010-11 with two goals and three assists in 33 games in the Spanish top flight. 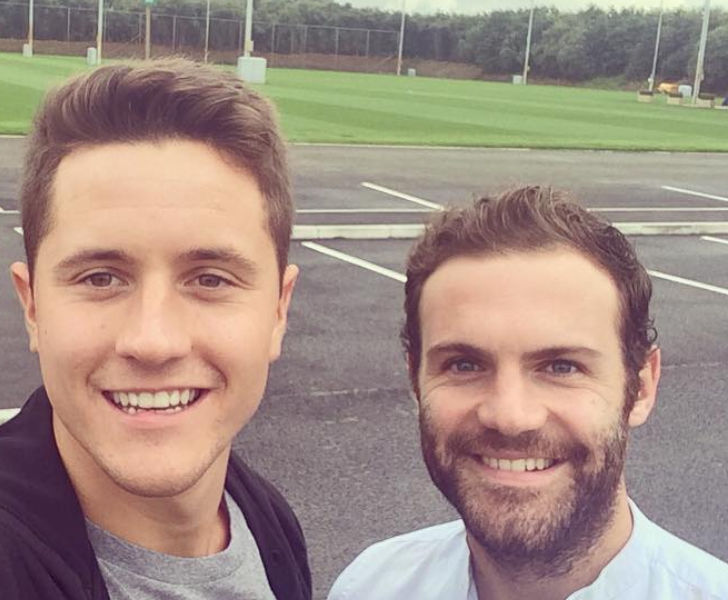 Herrera moved to Atheltic Bilbao in a €7.5m deal from Real Zaragoza in February 2011. Ander signed a five-year contract that inserted a €36m contract release clause.

He made his first appearance for the club in a 0-0 draw with Turkish side Trabzonspor in the Europa League.

Ander made his mark at Bilbao with six goals and nine assists in 54 games in all competitions in his first season at the club.

Herrera and his Athletic team-mates lost to Atletico Madrid in the 2011-12 Europa League final.

His second season at Bilbao wasn’t quite as spectacular with a modest return of two goals and two assists in 36 games in all competitions. His only game of the campaign came in a 2-2 draw with Barcelona in April 2013.

Ander was in prolific form in his third and final season at Bilbao. He netted against Rayo Vallecano, Sevilla, Malaga, Vallodid and Almeria. 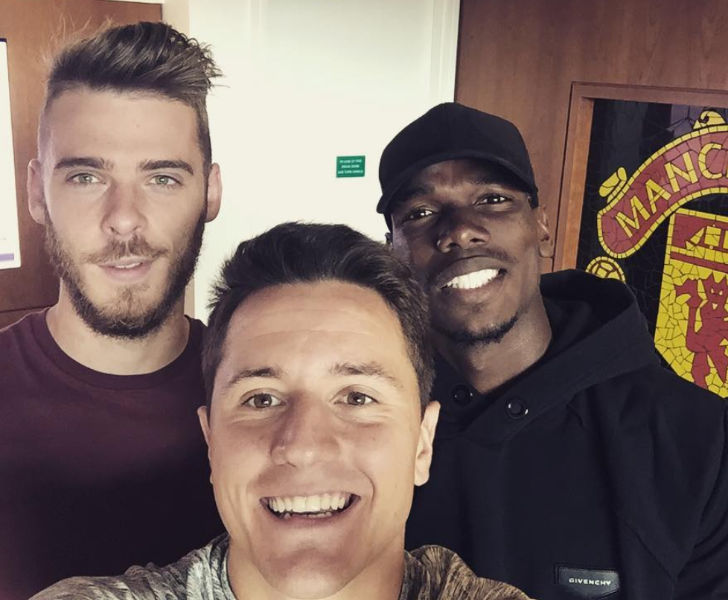 Herrera completed a move to Manchester United from Athletic Bilbao in a £28m (€36m) deal after the Red Devils activated his contract release clause in July 2014.

Ander, who signed a four-year contract, made his debut in a 2-1 loss to Swansea City at Old Trafford on 16 August.

He opened his Premier League and Manchester United account in a 4-0 victory over Queens Park Rangers on 14 September 2014. He continued his good run of form with a goal in a dramatic 5-3 loss to promoted side Leicester City.

Ander netted in the FA Cup third and fifth rounds with impressive strikes against Yeovil Town and Preston North End.

Herrera scored his first brace in a 3-0 win against Aston Villa at Old Trafford before he ended his first season at Manchester United with a goal in a 1-1 draw with bitter rivals Arsenal. 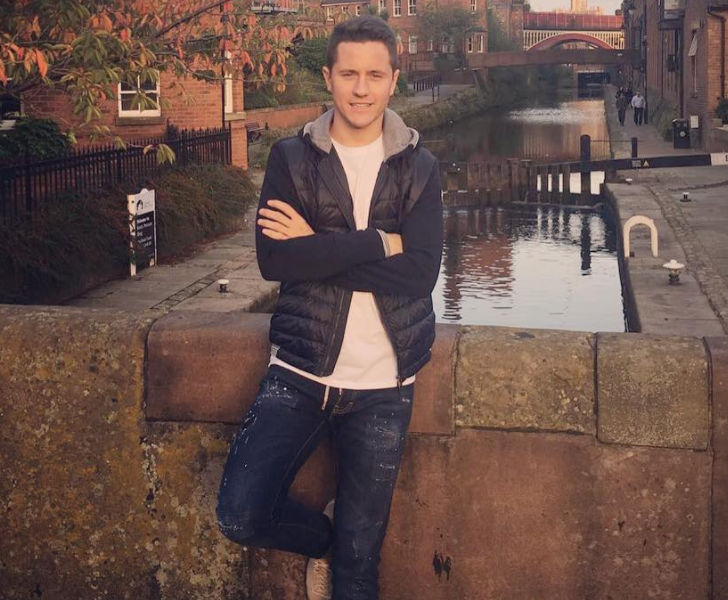 Herrera helped Manchester United to secure their place in the Champions League group stage with a goal in a 4-0 win against Club Brugge.

The Spanish midfielder continued his strong start to the season with a goal and a man of the match performance in a 3-0 win at Everton.

He was in and out of the first team during the festive schedule before the versatile midfielder scored in a shock 2-1 loss to FC Midtjylland in the Europa League in February. A week later, Herrera scored in Manchester United’s 4-2 win over Arsenal at Old Trafford in the Premier League.

Ander came off the bench to help fire Manchester United to a 2-1 extra-time win against Everton in the FA Cup semi-final at Wembley. He was an unused substitute in their 2-1 victory over Crystal Palace in the final.

He ended his second season as a Manchester United player with four goals and five assists in 43 games in all competitions.

Ander started the season out of favour under Van Gaal’s replacement, Jose Mourinho. While the dynamic midfielder started their 2-1 win against Bournemouth in their first game of the season, he was used mostly as a substitute in August and September.

He started Manchester United’s 4-1 win against Leicester City in October before he was named the man of the match for a tenacious performance in a goalless draw with Liverpool FC at Anfield.

Herrera was a regular in Mourinho’s team throughout November, December and January to underline his growing importance to the Manchester United boss.

Ander started his first English domestic cup final as Manchester United were 3-2 winners against Southampton in the League Cup showpiece in February 2017.

He received his first red card in Manchester United’s 1-0 loss to Chelsea in their FA Cup quarter-final defeat.

Herrera exacted his revenge with a standout performance in Manchester United’s 2-0 win over Chelsea at Old Trafford as he man marked Eden Hazard and assisted Marcus Rashford for the Englishman’s goal.

Ander won the man of the match award in Manchester United’s 2-0 win against Dutch giants Ajax in the Europa League final in Stockholm back in May 2017.

He won the Matt Busby player of the year award following two goals and 11 assists in 52 games across four different competitions. 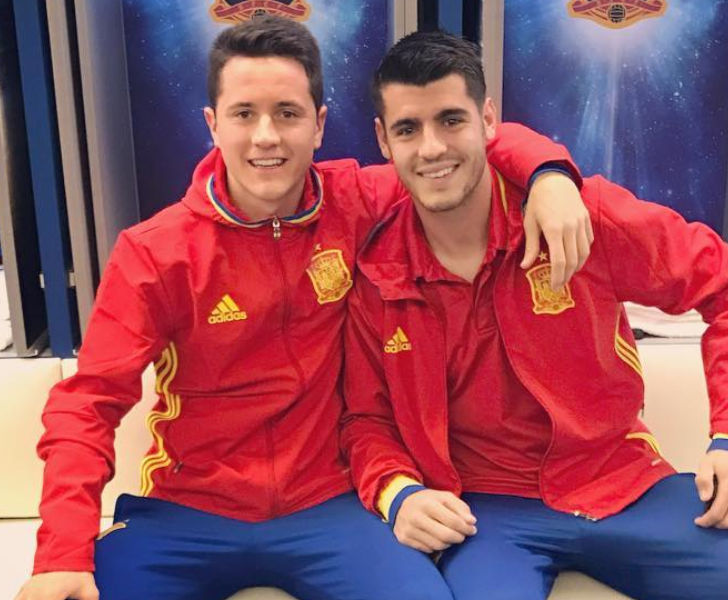 Herrera found his first-team opportunities limited in the 2017-18 season despite being named the club’s player of the year back in April 2017.

Indeed, the Spain international found himself relegated to the bench for half of Manchester United’s games in the opening two thirds of the season.

Herrera didn’t score his first goal of the campaign until a 4-0 win over Yeovil Town in the FA Cup third round. It was the second time he had scored against the League Two opponents.

The Spanish midfielder scored Manchester United’s winner in a 2-1 comeback victory over Spurs in the FA Cup semi-finals. Ander started their 1-0 loss to Chelsea FC in the Wembley showpiece.

Ander signed for Paris Saint-Germain from Manchester United in the summer of 2019.

He initially signed a five-year contract after completing a free transfer from the Premier League club.

Herrera was part of Spain’s Under-21 side for the Under-21 European championship in 2011.

Ander scored in Spain’s 2-0 win against Switzerland in the final.

Despite his success at youth level, Herrera didn’t make his first appearance for the Spanish senior team until 2017 at the age of 26.

Ander made his Spain debut in a 2-2 draw with England at Wembley in November 2016. His second cap came in a 2-0 victory over France in an international friendly.

Ander’s father, Pedro Maria Herrera, was also a footballer. He scored 25 goals in 211 appearances during his professional career. His dad played for four clubs, including Real Zaragoza.

The midfielder has a long-term girlfriend called Isabel Collado. The pair have a daughter together. 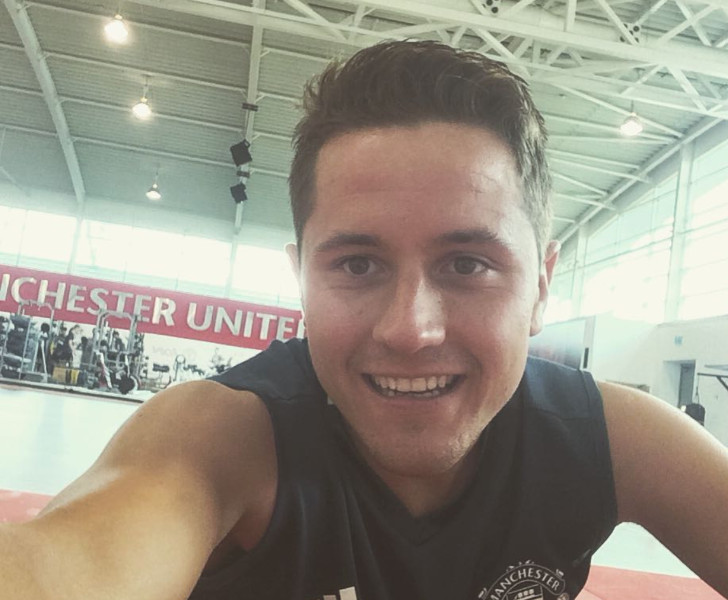 • Ander made 20 appearances across Spain’s under-20, under-21 and under-23 teams, scoring seven international goals in the process.

• Herrera’s father scored 18 goals in 155 appearances for Real Zaragoza which is significantly better record than his son Ander for the same club.

• He was part of the Athletic Bilbao team that failed to win the Copa Del Rey and the Europe League finals in 2011-12.

• Ander was part of the Bilbao team that beat Manchester United 3-2 in the Europa League at Old Trafford in 2012.