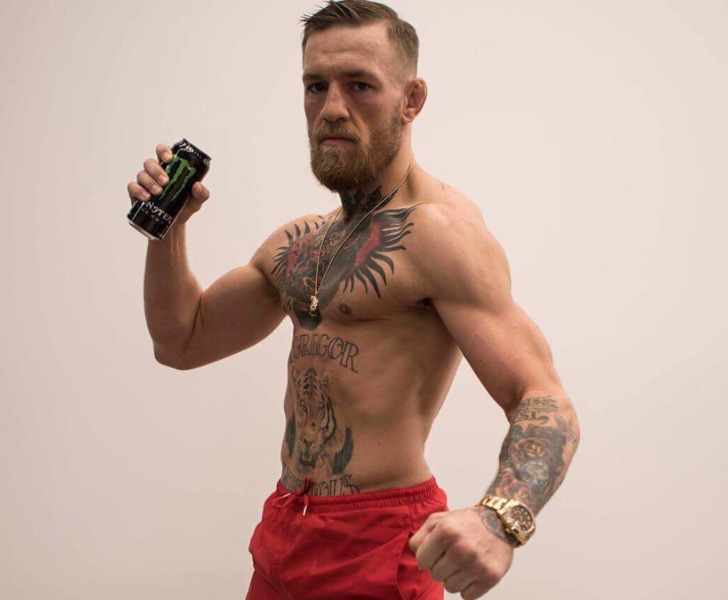 Conor McGregor is an Irish fighter who was previously the UFC featherweight and lightweight champion.

The Dubliner is ranked at number two on the pound for pound UFC rankings but hasn’t fought in UFC since 2016.

McGregor began his MMA career in 2008 before he won his first world crown when Conor won both the Cage Warriors Featherweight and Lightweight Championships.

In doing so, he was signed up for UFC. McGregor got his hands on UFC Featherweight title belt at UFC 194 after beating Jose Aldo inside 13 seconds of the first round.

Conor become the first UFC fighter to hold two titles at the same time when he beat Eddie Alvarez to win UFC Lightweight Championship at UFC 205.

McGregor lost to Floyd Mayweather in his professional boxing debut at MGM Grand in Las Vegas in 2017.

McGregor began boxing at the age of 12.

He started as an apprentice plumber while he began training as a MMA fighter.

Conor beat Kieran Campbell in a TKO at the Irish Ring of Truth promotion at the age of 18 in 2008. 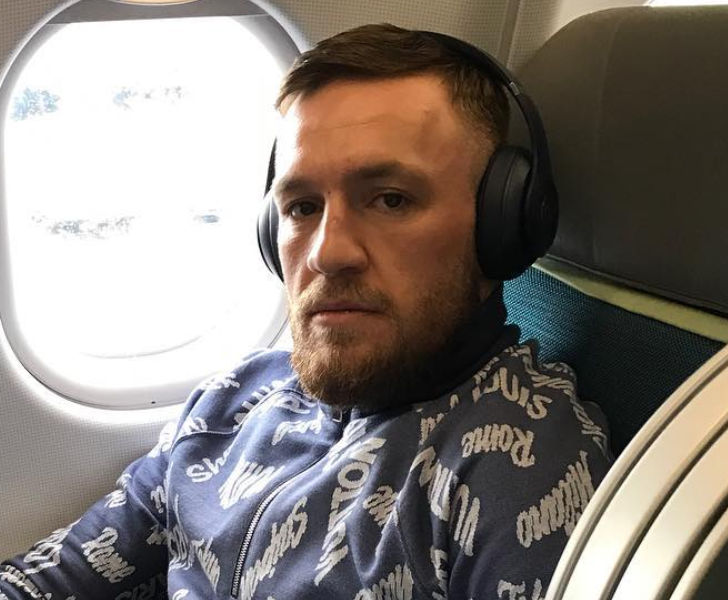 McGregor won his first professional MMA fight after a TKO knockout against Gary Marris before the Dubliner beat Mo Taylor in May 2008.

Conor lost two of his first six fights in MMA to leave the Crumlin-born fighter contemplating his future in the sport.

However, McGregor won his next eight bouts to secure a place at UFC Fight Night 26. He beat Marcus Brimage by a TKO in Stockholm, Sweden.

Conor made the trip to United States for UFC Fight Night 26 and the Dubliner emerged victorious thanks to a unanimous verdict.

However, McGregor tore his anterior cruciate ligament (ACL) during the fight and was sidelined for 10 months.

In front of a partisan Dublin crowd, McGregor produced the performance of the night when he beat Diego Brandão at UFC Fight Night 46.

Two months later, McGregor was in the Octagon again and the Irishman beat Dustin Poirier thanks to a Technical Knockout in Las Vegas. He required 1:46 in the first round.

Conor was pitted against Dennis Siver at UFC Fight Night 59 with a bout against Featherweight champion Jose Aldo the prize for the winner.

McGregor emerged victorious after one minute and 54 seconds in round two in Boston. Conor jumped over the fence to confront Aldo who was sat ringside following his win.

However, the Brazilian pulled out of the bout after a fractured rib.

As a result, Conor was pitted against the number one featherweight contender Chad Mendes.

The American managed to take down McGregor three times in the first round but Conor avoided a submission. In a difficult fight, the Dubliner managed to send Mendes to the canvas with a jab-cross combinations.

McGregor finally fought Aldo at UFC 194 in Las Vegas on 12 December 2014. Conor caught Aldo with a left hook and two hammer fists to end the bout in 13 seconds in the first round.

It was the fastest-ever finish to a UFC title bout. It was his seventh successive UFC win and 15th consecutive MMA victory.

Conor moved up a weight division to fight Rafael dos Anjos for the UFC Lightweight Championship at UFC 196 on 5 March 2015.

However, Dos Anjos withdrew from the fight due to a broken foot. Subsequently, McGregor was pitted against the number 10 ranker lightweight contender Nate Diaz. The fight was bought at welterweight given Diaz had 13 days notice to get down to 155 pounds (lightweight class).

McGregor submitted after four minutes and 12 seconds in the second round to suffer his first UFC defeat.

Conor managed to exact revenge against Diaz at welterweight after he won by a majority decision. 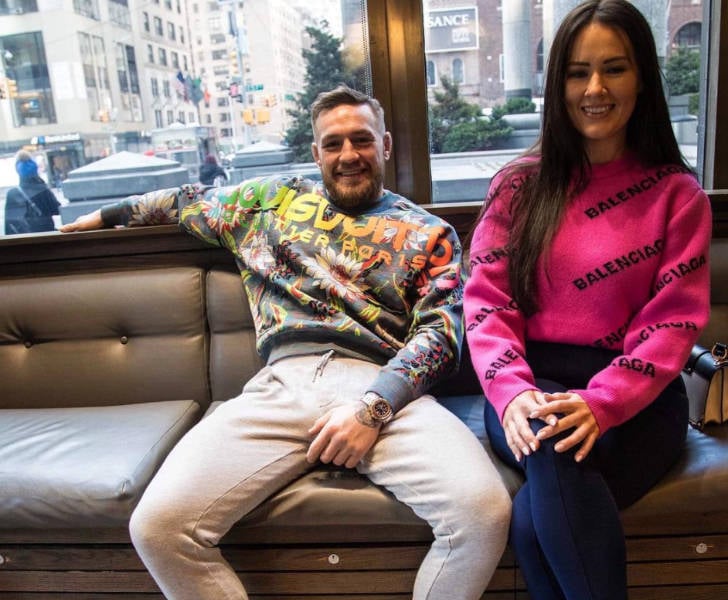 McGregor got his chance to be a multi-division champion when Conor was pitted against Eddie Alvarez for the UFC Lightweight Championship on 12 November 2016.

He won against Alvarez thanks to a second-round technical knockout to win the UFC Lightweight Championship.

Floyd, who is widely considered the greatest pound for pound fighter of all-time, came out of retirement to fight McGregor.

Conor managed to upset the odds after he lasted 10 rounds before Mayweather won by a TKO. It extended the American’s winning streak to 50 fights.

On 3 April 2018, McGregor and a large group looked to confront Khabib Nurmagomedov following a disagreement between the fight and Conor’s friend and fellow fighter Artem Lobov.

Conor appeared to be caught on camera throwing a metal dolly at Nurmagomedov’s coach, which contained other fights. He shattered the bus’ glass before throwing other objects at the coach.

He was charged with three counts of assault and one count of criminal mischief. McGregor paid his $50,000 bail before a court hearing on 14 June 2018. 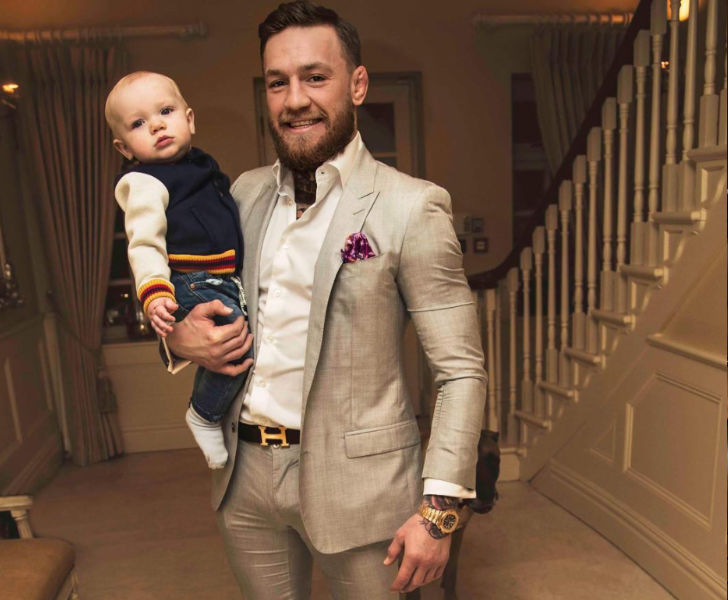 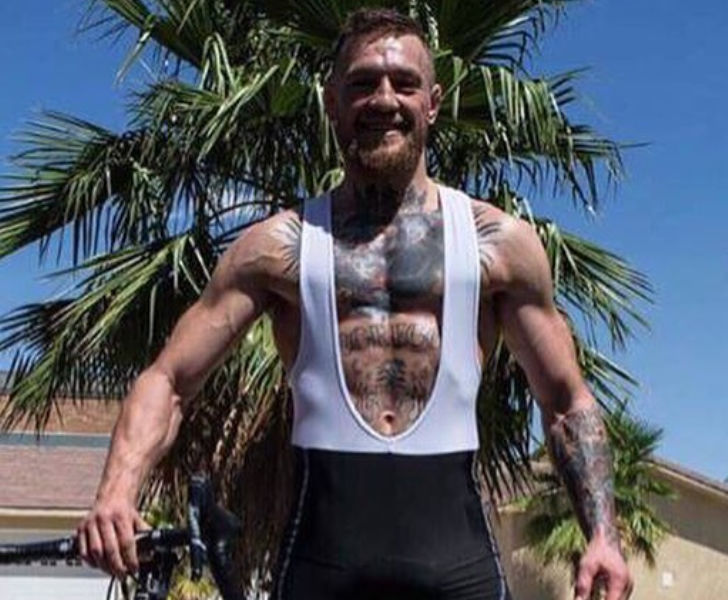 • The Irish fighter has a home in Las Vegas, Nevada. Connor has dubbed his property, ‘the McMansion’.

• Conor is reported to have eight cars.

• McGregor is the first Irish man to ever join the UFC.

• The Irishman has signed endorsement deals with Beats by Dr. Dre and Anheuser Busch brewery.

• Remarkably, McGregor was offered the role of one of the many villains in the James Bond movie Spectre

• McGregor played football at young age. He played football for “Lourdes Celtic” and his school teams before he formerly got into boxing and MMA. He is a Manchester United fan.