Harry Kane is an English footballer currently at Tottenham. Find out more about Harry in our in-depth biography

The centre-forward went on loan to Leyton Orient, Millwall, Norwich City and Leicester City in the early stages of his career.

However, Kane established himself as a first-team regular at Spurs under in the 2014-15 Premier League season.

Kane won the PFA young player of the year award in the 2015-16 season and the English star was named in the 2016-17 Premier League team of the year.

The Tottenham talisman scored inside 80 seconds of his England debut in a victory over Lithuania at Wembley in 2014. 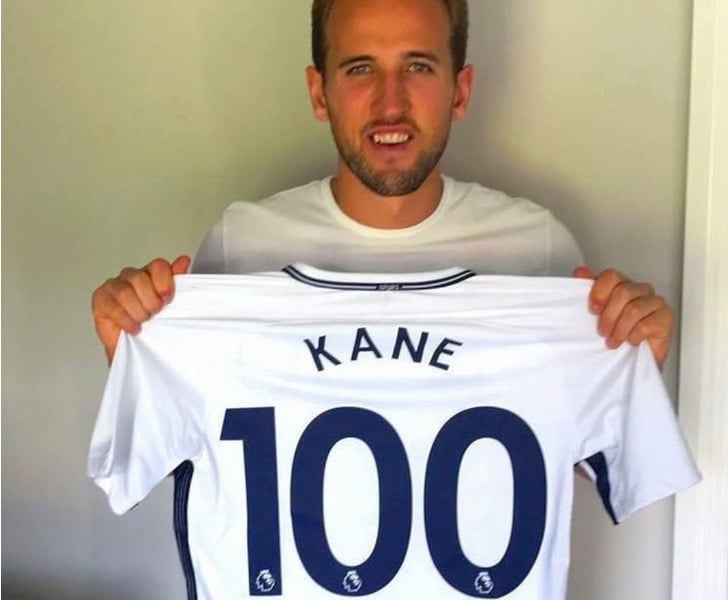 Kane moved to Arsenal from his local club at the age of eight.

He joined Tottenham when he was 11 after Spurs initially snubbed Kane following a trial.

Harry started to secure attention in Tottenham’s Under-18 side after he scored 18 times in 22 games.

Kane signed his first professional contract with Spurs in 2010.

Kane moved to London club Leyton Orient on loan for the remainder of the 2010-11 season in January 2011.

The striker scored five times in 18 games for the Orient before he return to Tottenham in the summer.

Kane was involved in the Tottenham first-team in the opening half of the 2011-12 season.

He made his first competitive start in a 5-0 win over Scottish team Hearts in the Europa League qualifying round.

Harry scored his first Spurs goal in a comfortable win over Irish side Shamrock Rovers in the group stage.

Kane moved to Millwall on loan until the end of the season on 1 January 2012.

The centre-forward scored nine goals in 27 games in all competitions for the Lions.

Harry moved to Championship side Norwich City on a season-long loan for the 2012-13 season.

However, Kane was recalled from his loan in January 2013 to bolster Tottenham’s attacking options after he failed to score in five appearances for the Canaries.

Little over a month later, Harry moved to Leicester City on loan for the remainder of the campaign. Kane netted two goals in 15 games as he played alongside future England team-mate Jamie Vardy.

He helped Leicester to secure promotion to the Premier League. 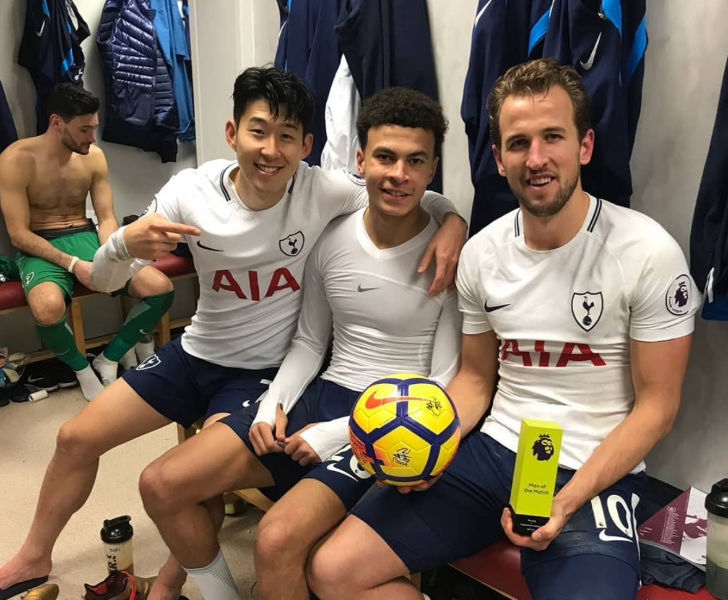 Kane provided an assist for Eric Dier in Tottenham’s 1-0 win at West Ham after the striker came off the bench for their opening Premier League game of the 2014-15 season.

He made a prolific start to the season in the Europa League and the League Cup with six goals against AEL, Besiktas, Nottingham Forest, Brighton and Astreas Trip.

Manager Mauricio Pochettino handed Kane his first Premier League start in a 2-1 loss to Stoke City on 9 November. 14 days later, he netted his first top flight goal in a 2-1 win at Hull City.

Harry scored in four successive games during the festive period to further cement his place in the Spurs team. He scored twice in Tottenham’s 5-3 win against Chelsea on 1 January 2015.

He scored against Sheffield Wednesday to secure Tottenham’s place in the League Cup final but Spurs lost 2-0 to Chelsea in the Wembley showpiece.

He scored his first Premier League hat-trick in a 4-3 victory over his former club Leicester City. 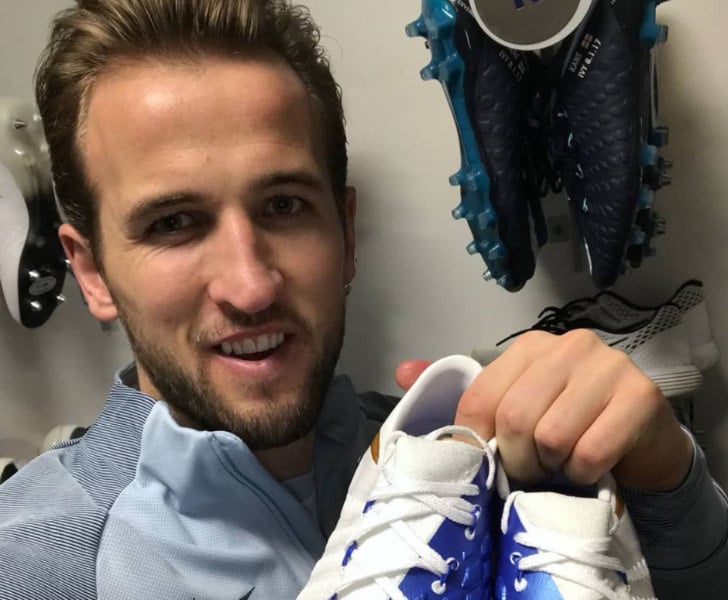 Some questioned whether Harry was a one-season wonder and the Spurs striker didn’t score his first Premier League goal until a 4-1 win over Manchester City on 26 September 2015.

However, Kane soon found his prolific form with six goals in five games in November against Arsenal, Bournemouth, Anderlecht and Aston Villa.

Harry celebrated his 100th appearance for Tottenham with his 10th goal in 10 games in a 2-0 win at Southampton on 19 December.

His 50th goal for Tottenham came in a 2-2 draw with Leicester City in the FA Cup.

He scored in a 2-2 draw with Arsenal in the north London derby on 5 March.

Pochettino handed the striker the captain’s armband for their opening game of the new Premier League campaign in a 1-0 win over Crystal Palace. 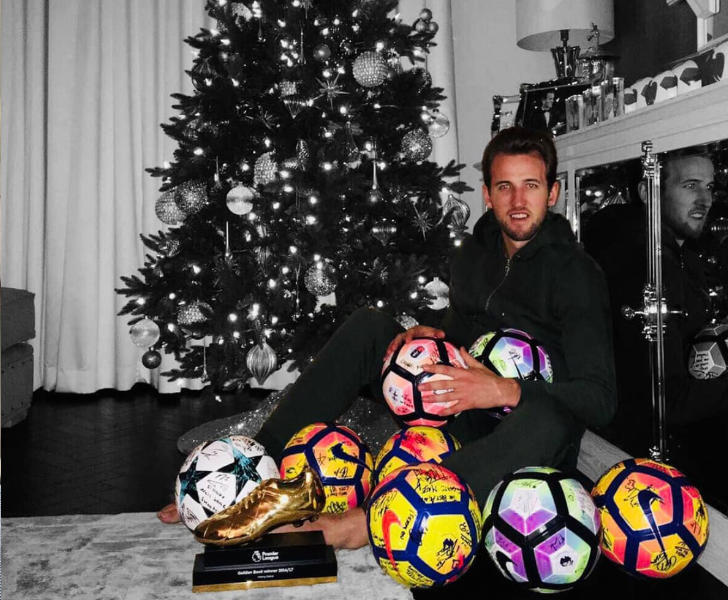 Kane opened his account for the 2016-17 season with the winner in a 4-0 victory at Stoke City on 10 September.

Harry suffered an ankle problem after he netted the winner in a 1-0 victory over Sunderland on 18 September.

The centre-forward didn’t make his return to the Tottenham team until he scored in a 1-1 draw with Arsenal in the north London derby at The Emirates in mid-November.

Kane scored six times in his next six games to find his form despite the injury lay-off.

Tottenham tied down Harry to a new six-year contract set to run until 2022 on 1 December. Harry scored twice in a comfortable win over Watford on his 100th Premier League appearance.

Harry became the fourth player to score 20 goals or more in successive seasons after Alan Shearer, Thierry Henry and Ruud van Nistelrooy when he netted against Bournemouth in April 2015 following his return from injury.

Remarkably, Kane scored four times in a 6-1 win over Leicester before a hat-trick in a 6-1 victory over relegated Hull City.

Harry finished the season with 35 goals and seven assists in 37 games in all competitions for Spurs. 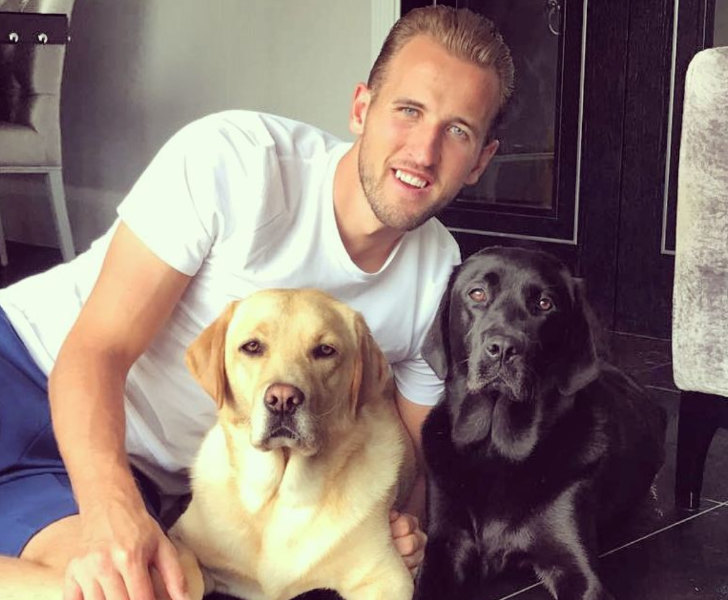 Kane continued his bizarre record of failing to score in August in the 2017-18 season. However, Harry made up for a slow start with 13 goals in 10 games for club and country in September.

This included a brace in a 3-0 win over Bundesliga giants Borussia Dortmund in the Champions League at Wembley.

Harry became Tottenham’s leading goal-scorer in the Premier League when he surpassed Sheringam’s tally of 97 with a brace in a 4-0 win over Everton.

Kane scored his 100th Premier League from the spot to rescue a 2-2 draw with Liverpool at Anfield after he had earlier missed a penalty. 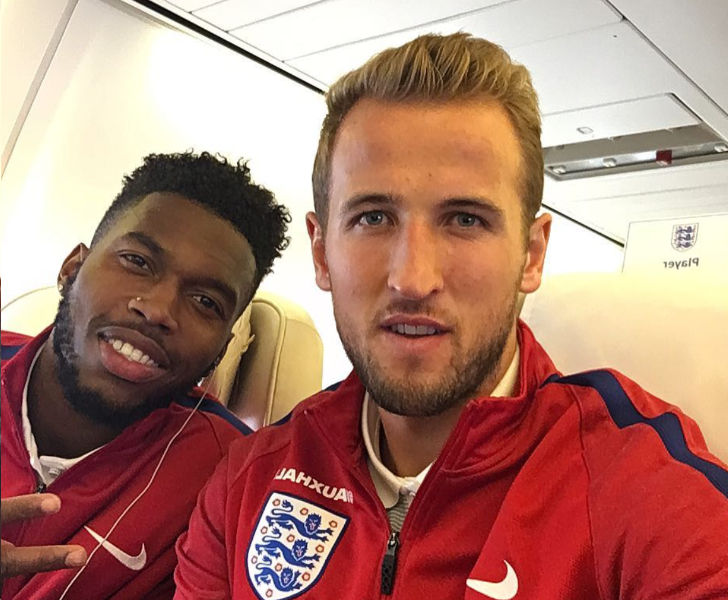 Kane scored within 80 seconds of his England debut as a substitute in a win over Lithuania at Wembley in their Euro 2016 qualifier in 2014.

Harry started his first England game in a 1-1 draw with Italy in Turin days later.

He scored the fifth of England’s six goals in a resounding win over San Marino to secure their place at Euro 2016.

Kane netted against Switzerland, Lithuania and Turkey ahead of the major tournament in France.

He made four appearances in the tournament but failed to get on the score sheet.

Harry netted an added-time equaliser as England captain in a 2-2 draw with Scotland in the World Cup qualifier at Hampden Park. Kane scored the goal against Slovenia that secured England’s place at the 2018 World Cup in Russia.

Kane captained England at the 2018 World Cup. He scored twice in a dramatic 2-1 win against Tunisia before Kane netted a hat-trick in a 6-1 victory over Panama.

Harry and Kate have a baby girl called Ivy Jane. 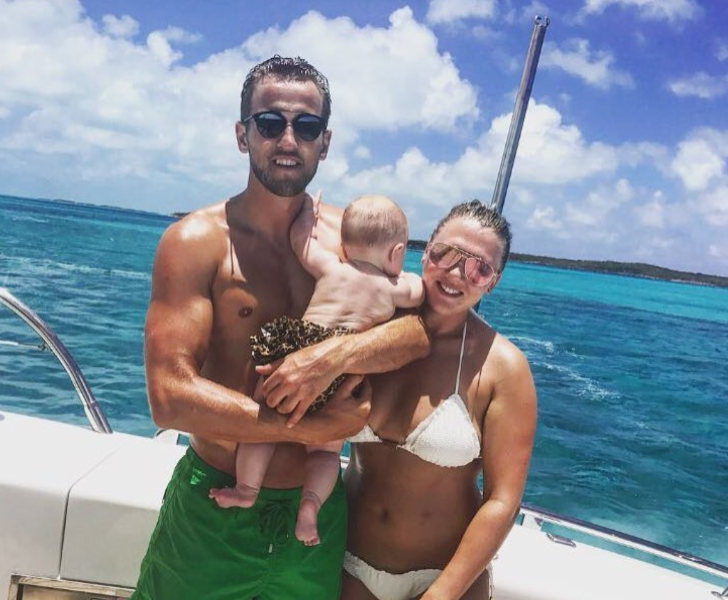 • Harry is just as lethal at home as he is away, with 50 goals coming in home games and 50 on the road. One came on a neutral ground – this strike in last season’s FA Cup semi-final.