Jerome Boateng is a German footballer currently at Bayren Munich. Find out more about Jerome in our in-depth biography 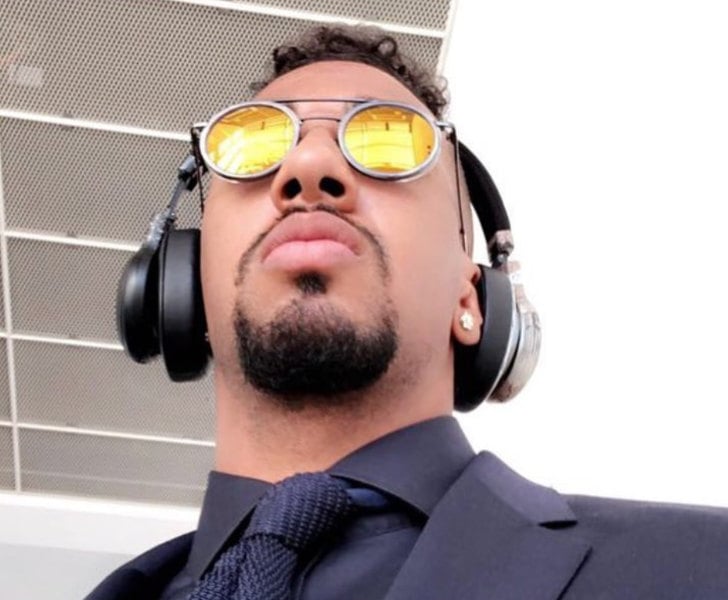 The centre-half started his professional career at Hertha Berlin before Jerome moved to Hamburg in 2007.

He spent three seasons at HSV before Boateng completed a move to Premier League side Manchester City.

Jerome made just 16 appearances for the Citizens before he returned to the Bundesliga with Bayern Munich.

Boateng has won six Bundesliga titles, the German Cup three times and the Champions League at the Allianz Arena.

Jerome won the World Cup with the German national team in 2014 after a 1-0 win against Argentina in the final in Brazil. 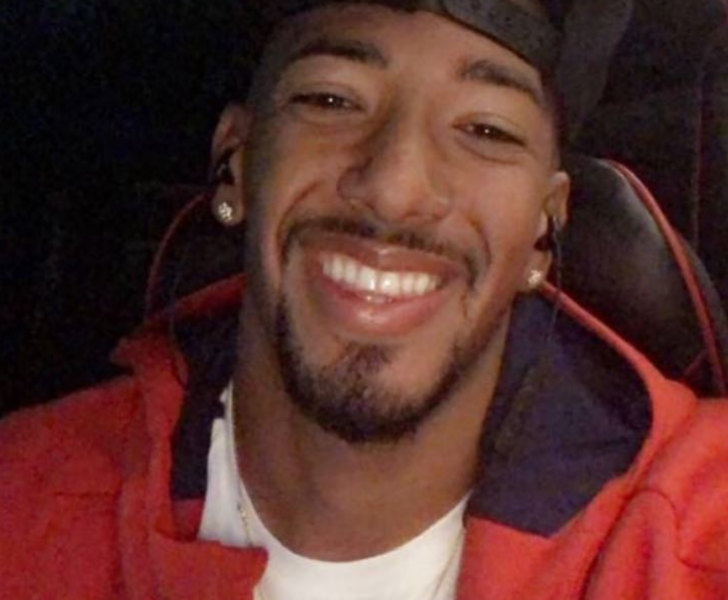 Jerome started his career with the youth team of Tennis Borussia Berlin before he moved to Hertha Berlin in 2002.

Boateng impressed for the club’s reserve team before he made the step up to the first-team squad on 31 January 2007.

Jerome made his first-team debut against Hannover 96 at the age of 18.

Jerome made two assists in 27 appearances in the Bundesliga to become an integral part of Hamburg’s team.

Boateng helped Hamburg to challenge for the title in the 2008-09 Bundesliga campaign and reach the Uefa Cup semi-finals before a loss to their league rivals Werder Bremen.

He made 34 appearances in all competitions.

Jerome helped Hamburg to reach the Europa League semi-final during his final season at the Bundesliga side.

He scored a 4-0 win over Randers in the early stage of the competition to open his account for HSV before Boateng got on the score sheet in a 4-3 victory over Belgian side Anderlecht in the latter rounds.

Jerome finished with two goals and one assist in 46 games in three different competitions.

Manchester City signed the Germany international in a £10.4m deal from Hamburg on 5 June 2010.

Boateng signe a five-year contract with the Eastlands outfit and Manchester City gave the defender is favourite number 17 shirt.

He made his debut in a 1-0 win against Manchester City at the Etihad Stadium as an 88th-minute substitute on 25 September.

His first start came in a 1-1 draw with Juventus in the Europa League before he was named in Mark Hughes’ starting XI for 2-1 win over Newcastle United in the Premier League.

Jerome struggled with a loss of form and persistent injury problems during his only season in the Premier League. He started 22 games and made two substitute appearances in all competitions. 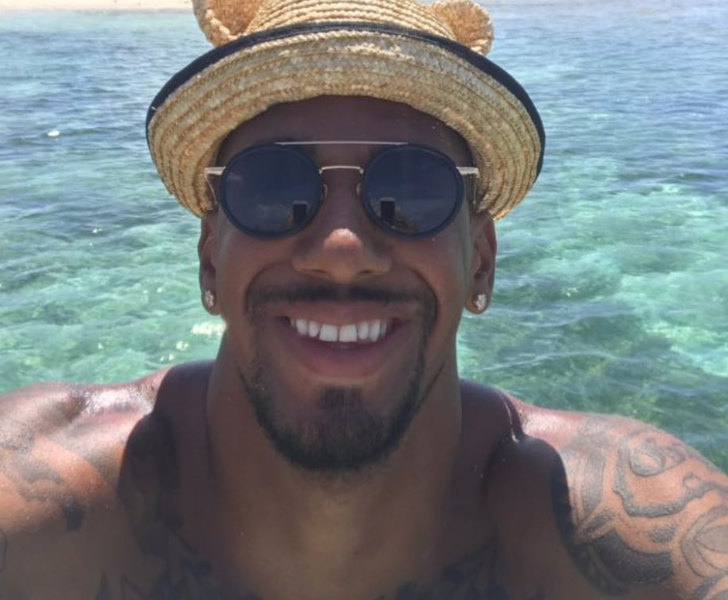 Boateng completed a €13.4m move to Bundesliga giants Bayern Munich from Manchester City on 14 July 2011. The German centre-half had spoken of his desire to leave the Premier League club.

He made his Bundesliga debut in a 1-0 loss to Borussia Monchengladbach on 6 August. Boateng’s misunderstanding with Manuel Neuer allowed Igor de Camargo to score the winner.

The season ended in disappointing for Bayern and Boateng as the Allianz Arena outfit finished as runners up in the Bundesliga, German Cup and Champions League.

Jerome made two assists in 54 games in all competitions in his debut campaign in Germany.

However, Bayern made amends in the following season as Jupp Heynckes’ men dominated all three major competitions.

Jerome scored two goals and made two assists in 26 games in the German top flight to help Bayern win the Bundesliga title. The defender netted in victories over Dusseldorf and Nurnberg.

Boateng was entrusted with a starting spot in Bayern Munich’s 2-1 win against bitter rivals Borussia Dortnund in the Champions League final at Wembley.

He started in Bayern’s 3-2 win against Stuttgart in the German Cup final to complete their treble-winning season. 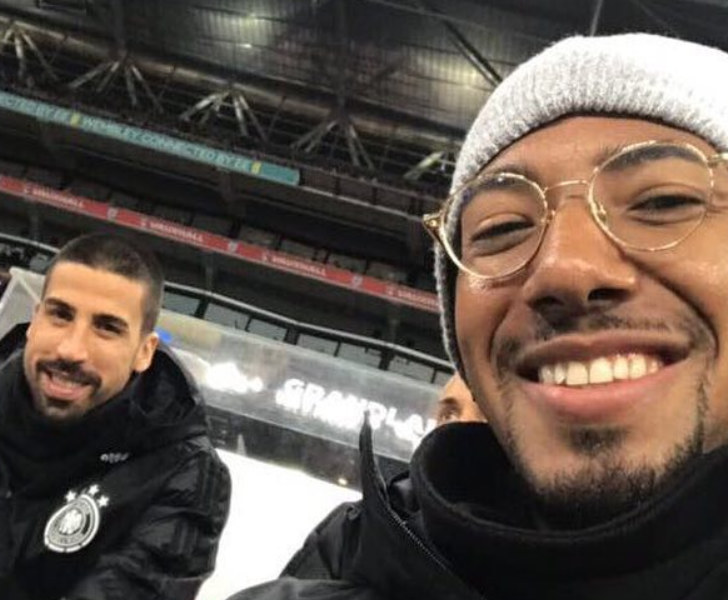 Jerome received the first red card of his Bayern career in a 3-1 win against Manchester City in the Champions League.

The German defender got on the score sheet in Bayern’s 3-0 victory over Augsburg in the Bundesliga.

It was Boateng’s only goal as Bayern retained their Bundesliga title.

Jerome scored the winner in a 1-0 victory over Manchester City in the Champions League group stage in September 2014.

Boateng proved to be in goal-scoring form in the Champions League with his second strike against Shakhtar Donetsk in the round of 16.

Jerome got on the score sheet in Bayern’s 6-1 win over FC Porto in the quarter-finals before FC Barcelona beat the German side over two legs.

However, Bayern did retain their title as Boateng made 27 appearances.

Boateng won the league and cup double for the second time in his career in the 2015-16 campaign.

He earned his second red card of his Bayern career in a 2-1 win at Hoffenheim in August 2015.

Jerome signed a new six-year contract with the Bundesliga champions in December 2015.

Boateng continued to struggle with fitness problems in the 2016-17 season. As a result, Jerome made 21 appearances in all competitions.

The Germany international scored his first goal of the season in a 2-1 win against bitter rivals Borussia Dortmund in the German Cup.

A month later, Boateng was on the score sheet again in a 5-2 victory over Hoffenheim in the Bundesliga.

Jerome won a sixth successive Bundesliga title in the 2017-18 campaign.

The World Cup winner was linked with a move to Premier League side Manchester United in 2018 summer transfer window. 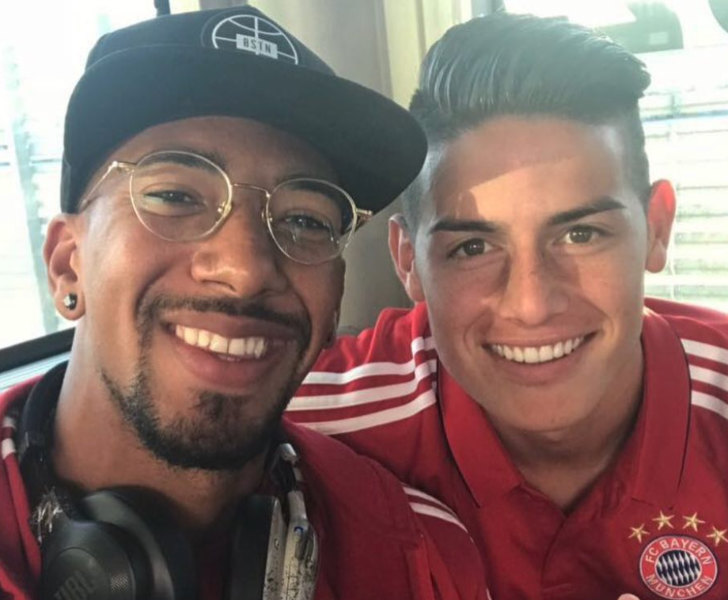 Boateng made his debut against Russia in 2009 but the defender became the first German international to be sent off on his first appearance for the national team.

Jerome was included in Joachim Low’s squad for the 2010 World Cup.

He played against his half brother in a 1-0 victory over Ghana in the group stage.

Boateng started Germany’s controversial 4-1 win against England before he retained his starting place in a 4-0 victory over Argentina in the quarter-finals.

Jerome was unable to help Germany avoid a 1-0 loss to Spain in the last four.

The Bayern defender featured in four of Germany’s five games before a 1-0 loss to Italy at Euro 2012.

Remarkably, Boateng played against his half brother in the 2014 World Cup as well.

Jerome was part of the German starting XI that were 7-1 winners against hosts Brazil in the last four.

Boateng helped Germany to win the World Cup thanks to a 1-0 victory over Argentina in the final.

He scored his first international goal in a 3-0 win over Slovakia in the Euro 2016 round of 16.

Boateng was named in Germany’s World Cup squad for Russia 2018.

Boateng is an Afro-German and was born to a German mother named Martina Boateng and Ghanaian father in Berlin.

He is the younger half brother of Ghana international Kevin Prince Boateng.

Boateng is engaged to his long-time girlfriend Sherin Senler. The pair have two children together. 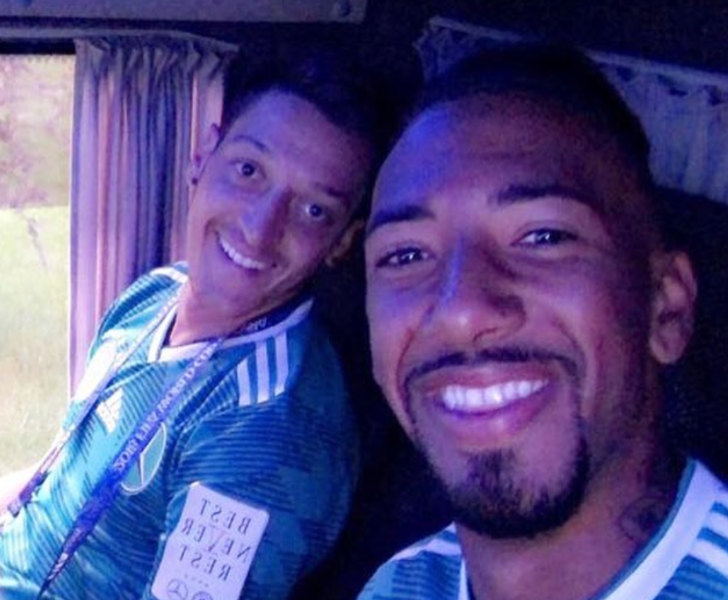 • Kevin Prince and Jerome Boateng were born to the same father and different mothers in Berlin. Jerome chose to represent Germany, but the BBC reports that Kevin Prince, perceiving fewer soccer opportunities in Germany, decided to represent his father’s nation of Ghana.

• Germany’s Jerome told the BBC that the two brothers, who generally speak every day, stopped communicating in the weeks ahead of their meetings at the World Cup in 2010 and 2014.