Kepa Arrizabalaga is a Spanish footballer currently at Chelsea FC. Find out more about Kepa in our in-depth biography

He came through the youth ranks at Basque club Athletic Bilbao following his move to the club’s youth academy Lezama in 2004.

Arrizabalaga made his professional debut during his loan spell at SD Ponferradina, starting a 1-1 draw with Racing De Santander.

Kepa gained more first-team experience during a loan stint at Real Vallodid in the Segunda Division in the 2015-16 season.

His Athletic Bilbao debut came in a 1-1 draw with Deportivo La Coruna in La Liga in September 2016 and earned his first Spanish senior cap in a 3-0 win over Costa Rica in a friendly in November 2017.

The goalkeeper signed for Chelsea FC in August 2018 in a deal believed to be worth around £72m. This biography will focus on his story.

It wasn’t long before the promising goalkeeper joined Athletic Bilbao’s youth set up.

He got some experience representing CD Basconia in the Tercara Division in 2011.

Arrizabalaga earned a call up to the senior squad on 5 May 2012.

Kepa was on the bench but remained unused in a 0-0 draw against Basque rivals Real Sociedad in La Liga at the San Memes Stadium.

He was involved in Athletic Bilbao’s pre-season campaign before Kepa was on the bench for the Basque team’s 0-0 draw with Malaga at the start of the 2012-13 season.

The promising shot-stopper made his debut for Athletic Bilbao’s second string.

He made his debut in a 1-0 win over UD Logroñes for the Segunda División B championship on 16 February 2013.

Arrizabalaga earned his first red card in a 3–1 home win over SD Amorebieta at the start of March.

Kepa suffered an injury to rule him out for the final months of the 2012-13 season.

The Spanish shot-stopper was a substitute in Athletic Bilbao’s 2-2 draw with Elche on 31 October 2013.

Kepa moved to Segunda División side SD Ponferradina in January 2015.

He made his debut for SD Ponferradina in a 1-1 draw with Racing de Santander on 11 January 2015.

Kepa was presented with the chance to get further first-team experience under his belt in the Segunda Division following a loan switch to Real Vallodid in 2015-16.

He made his first appearance for Real Vallodid in a 1-0 loss to Cordoba on 21 August.

Kepa was a regular for Real Vallodid throughout his loan spell at the Segunda Division outfit.

He sat on the bench for Athletic Bilbao’s 1-0 loss to La Liga giants FC Barcelona in the Spanish top flight.

Kepa made his Athletic Bilbao debut in a 1-0 win over Deportivo La Coruna on 11 September 2016. He made three saves to help the Basque side to secure three points.

Arrizabalaga caught the eye with four saves to help Athletic Bilbao secure a 2-0 win against Real Sociedad in the Basque derby on 12 March 2017. Kepa topped that performance with five stops in a 2-1 win over Osasuna on 1 April 2017.

He was named in the starting line up for Athletic Bilbao’s 0-0 draw with Getafe in their opening La Liga fixture of the 2017-18 season.

Arrizabalaga made five stops to help the Basque side ease to a slender 1-0 victory over Eibar.

He managed to keep a clean sheet in Athletic Bilbao’s goalless draw with Real Madrid on 2 December 2017.

Arrizabalaga made seven saves in a 2-0 loss to Spanish champions FC Barcelona on 18 March 2018.

His best performance of the 2017-18 La Liga season came in a 1-1 draw with Champions League winners Real Madrid at The Bernabeu. Kepa made nine stops in the Spanish capital.

The goalkeeper signed for the Blues in a deal believed to be worth around £72m and penned a seven-year contract with the west London side.

Upon signing for the Blues, Kepa said: “It’s a very important decision for me, for my career, and also for my personal life.

“So many things attracted me to the club, all the titles the club has won, the other players, the city, the English Premier League.

“It’s an accumulation of things, and I am very glad Chelsea has decided to trust me and to take me in as well.”

Kepa made his Premier League debut for Chelsea FC three days after signing for the Blues, in a 3-0 away win at Huddersfield Town.

Kepa was called up to Spain’s Under-19 team for the European Under-19 championship in 2012.

He impressed as la Roja made it to the European Under-19 championship final, including some heroics in a penalty shootout win over France in the semi-final.

The Athletic Bilbao goalkeeper helped Spain to beat England in the final to win the tournament.

Arrizabalaga was named in Spain’s senior squad for the first time as a replacement for Pepe Reina ahead of their 2018 World Cup qualifiers against Israel and a friendly clash against France.

However, Kepa didn’t make his first appearance for Spain’s senior team until a 5-0 win over Costa Rica in Malaga.

He was named in Spain’s 23-man squad for the 2018 World Cup in Russia but Kepa didn’t make an appearance.

Kepa is currently believed to be dating Andrea Perez.

The pair have been regularly pictured together on social media, with Kepa sharing the photo below on his personal Instagram account in July 2018.

Not much is known about Andrea aside from the snaps that have been shared on social media recently. 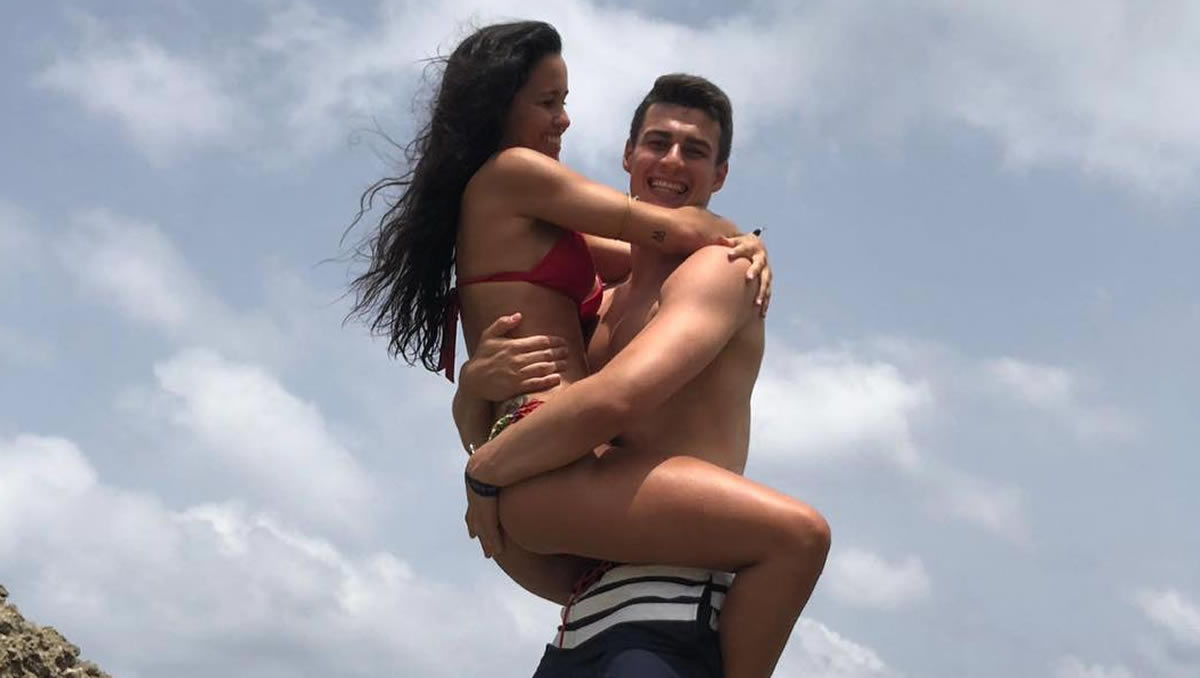 Kepa posted this picture on Instagram in July 2018, before he officially signed for Chelsea FC

• However, it was under current FC Barcelona boss Ernesto Valverde that Kepa established himself as Athletic Bilbao’s first-choice goalkeeper.

• Kepa is smaller than current Chelsea FC number one Thibaut Courtois, who is four inches taller than the Athletic Bilbao star.