Lucas Torreira is a Urguayan footballer currently at Arsenal. Find out more about Lucas in our in-depth biography 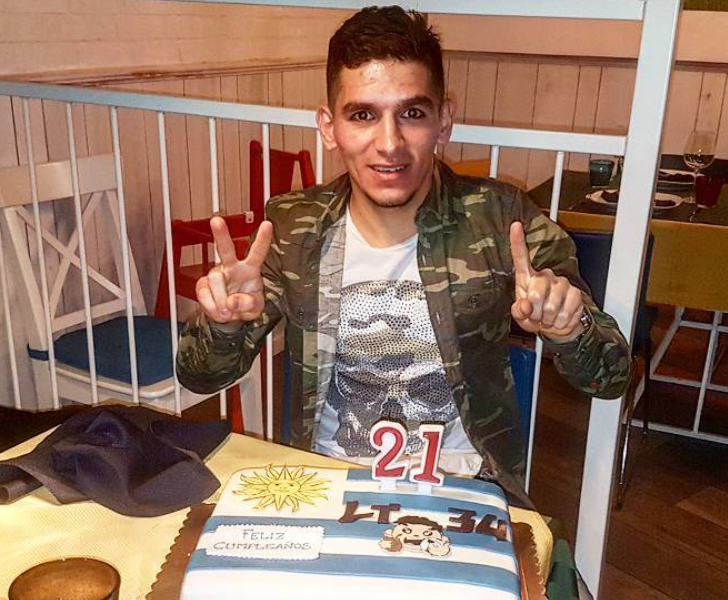 The holding midfielder moved to Sampdoria in a €1.5m deal in 2015 before Lucas was sent back to Pescara on loan.

Lucas scored four goals in 74 games during two seasons at Sampdoria to establish himself as a promising midfielder.

Lucas made his debut for Uruguay in a 2-0 win over Czech Republic in the China Cup in March 2018. 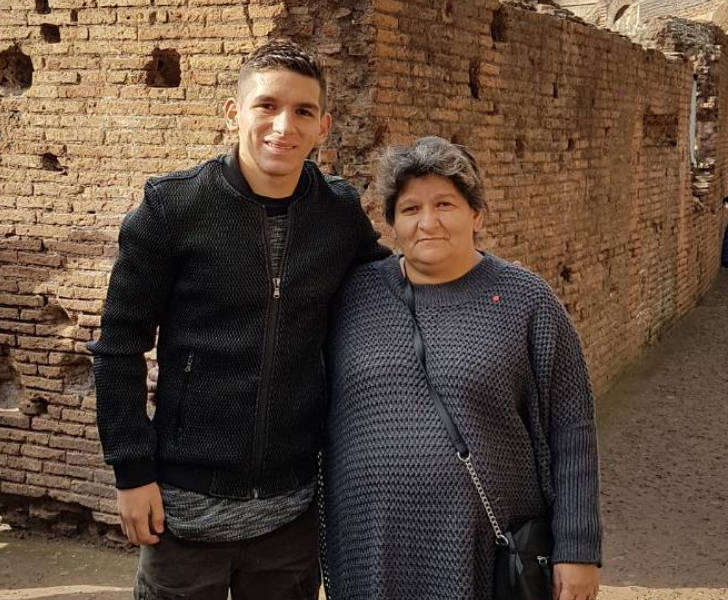 Lucas completed a switch to Montevideo Wanderers in 2013.

He movedcin with his sister Estefani and getting the bus to training each day.

However, it wasn’t long before the Uruguayan midfielder completed a switch to Italian club Pescara in 2013.

Remarkably, Torreira was not named in a group of players from his club Wanderers when they sent a group of youngsters on trial to Pescara.

Scout Roberto Druda was responsible for taking Torreira to the next level.

Describing Lucas, Druda said: “He is a computer in the middle of the field. There is nothing to add.”

He earned his first call up to Pescara’s senior team in October 2014.

Lucas made his first-team debut against Varese in May 2015. However, the versatile midfielder only lasted 58 minutes before he was substituted.

Torreira in featured in Pescara’s five games in the playoffs.

He finished the 2014-15 season with eight appearances in all competitions. 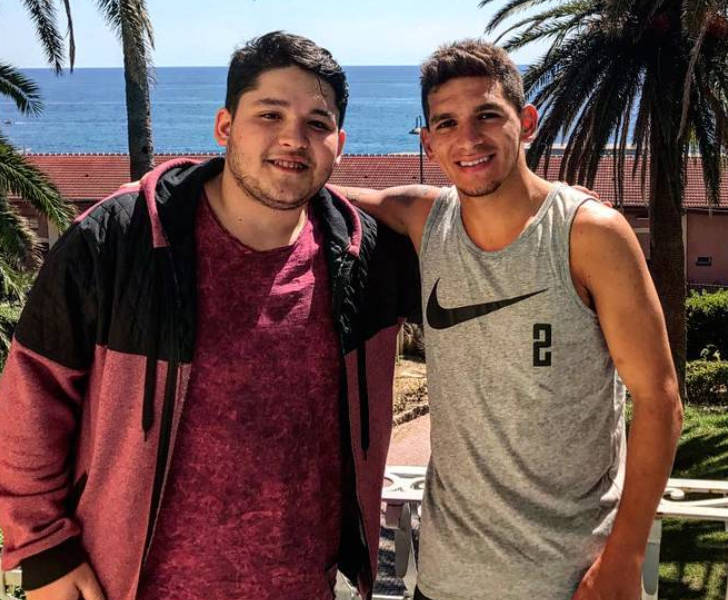 However, the Uruguayan midfielder returned to Pescara on loan for the 2015-16 Serie B season.

Torreira played an important role in Pescara’s season in the Italian second division.

The versatile midfielder netted three goals in 26 appearances for Pescara to become a key player during his loan spell.

Lucas helped Sampdoria to achieve promotion to Serie A with one goal in three appearances in their playoff campaign.

“His technique, his determination and his tactical intelligence always impressed me,” Donatelli tells Sky Sports.

“He has always been strong in understanding those defensive tactical aspects and he is very mature tactically in terms of how he reads the game.

“He can cope with the gaps that emerge in midfield with great intelligence and he covers very well. He is the one who corrects the spaces and cuts out the passes between the lines in the defensive phase.

“After Sergio Busquets, he is tactically the strongest midfielder in Europe.”

Torreira made his first Serie A appearance in Sampdoria’s 1-0 win over Empoli on 21 August 2016.

Lucas made 35 appearances throughout his first full season at the Serie A outfit but didn’t get on the score sheet.

The defensive midfielder picked up seven yellow cards during his debut campaign at Sampdoria.

Despite standing at 5 ft 6 ins, Lucas was an influential figure for Sampdoria in the middle of the park.

He started an excellent run of form with an assist in a 5-0 win over Crotone in the Italian top flight.

Lucas scored his first goals for Sampdoria in a 4-1 win over Chievo, with a brace in front of his home supporters.

20 days later, Torreira netted in a 3-2 win against defending Serie A champions Juventus on 19 November 2017.

Torreira finished the season with four goals and made one assist in 36 games in Serie A in the 2017-18 campaign. 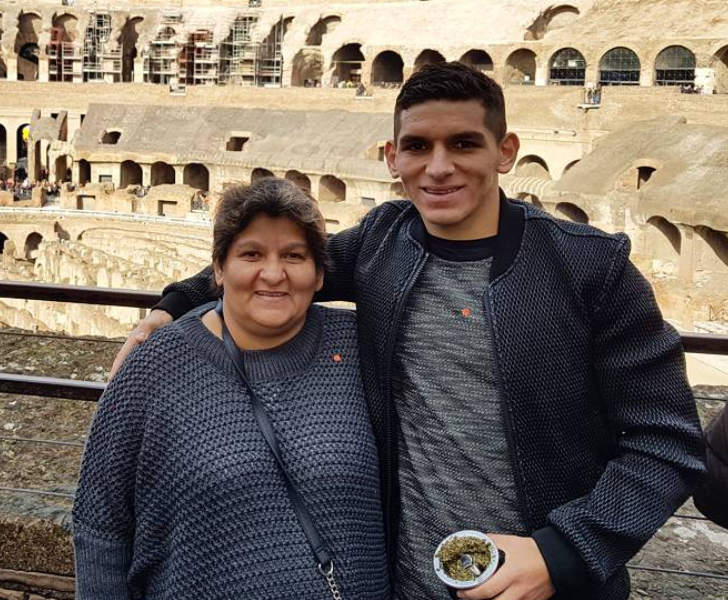 Arsenal moved to Sampdoria in a £26m deal in the 2018 summer transfer window.

The Gunners landed Lucas on a long-term contract following his move from Sampdoria.

Emery said: “In Lucas Torreira, we have signed a young player who is a very bright talent in the game.

“A midfielder with great quality, I have enjoyed watching his performances for Sampdoria in the past two seasons, and we all saw him do very well for Uruguay in the World Cup.

“He is a young player already with good experience, but who wants to keep on growing.”

Torreira has taken on the number 11 shirt, which was previously worn by Mesut Ozil. The German star has since replaced Jack Wilshere in the No10. 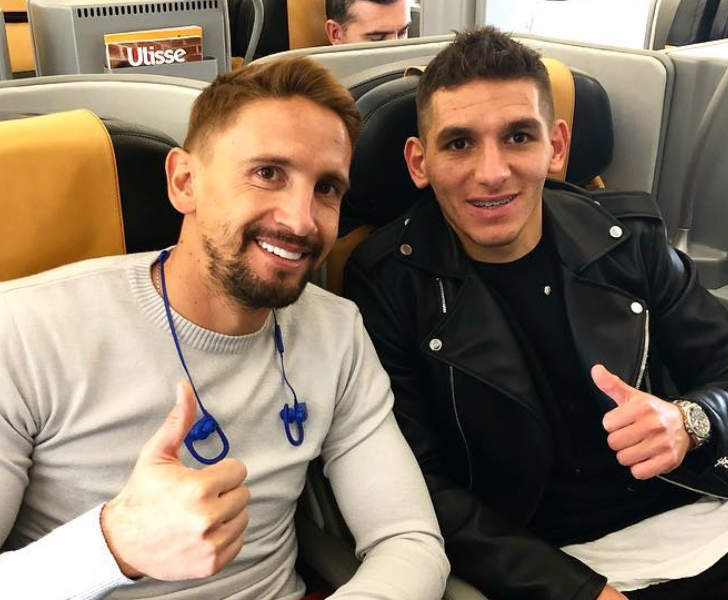 Lucas made his debut against Czech Republic in the China Open in March 2018.

Torreira’s performances for Sampdoria earned him a place in Uruguay’s squad for the World Cup.

He was a substitute in their 1-0 victories over Egypt and Saudi Arabia.

Lucas started his first World Cup game in a 3-0 win over hosts Russia in their final group-stage fixture.

Torreira retained his place for Uruguay’s 1-0 win over Portugal in the round of 16. He was widely praised for man marking Cristiano Ronaldo.

Lucas and his Uruguay team-mates lost 2-0 to France in the World Cup quarter-finals. 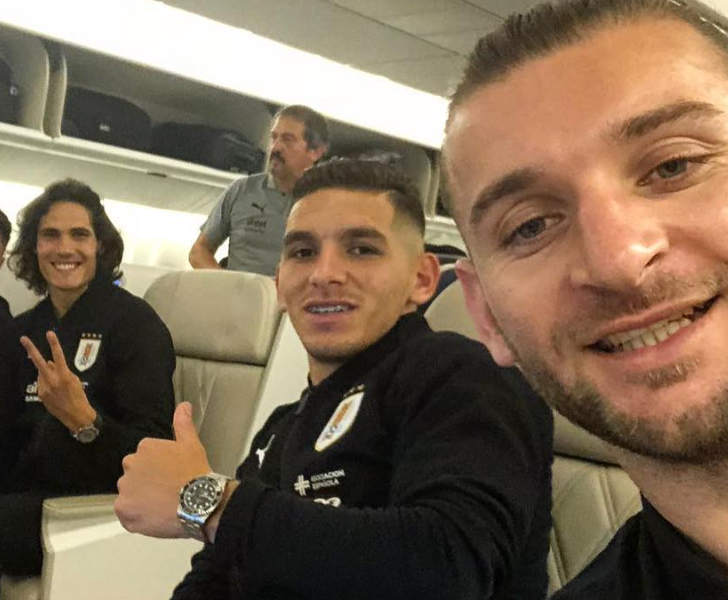 • Torreira has earned comparisons to FC Barcelona star Sergio Busquets for his ability to read the game and play out from the back.

• Lucas has also been likened to Italy and Paris Saint-Germain midfielder Marco Verratti.

• The scout that unearthed Lucas previously recommended the Arsenal star to Juventus as a long-term successor to Andrea Pirlo.

• Torreira recently bought a butcher’s shop for his family in Fray Bentos.