Marcos Alonso is a Spanish footballer currently at Chelsea. Find out more about Marcos in our in-depth biography

Marcos Alonso is a Spanish footballer who is currently at Premier League club Chelsea FC.

The defender started his career at Real Madrid but Marcos struggled to break into the first team after one appearance.

Bolton Wanderers signed Alonso from Real Madrid in 2010. He spent three seasons at the Reebok Stadium.

Alonso completed a transfer to Serie A giants Fiorentina in May 2013 but Marcos transferred back to the Premier League with Sunderland in January 2014.

After three seasons at Fiorentina, Chelsea FC signed Alonso in a £17m deal in the 2016 summer transfer window.

Marcos won the Premier League title in his first season at Stamford Bridge under Antonio Conte.

Alonso made his debut for the Spain national team in 6-1 win over Argentina at Wanda Metropolitano in March 2018. 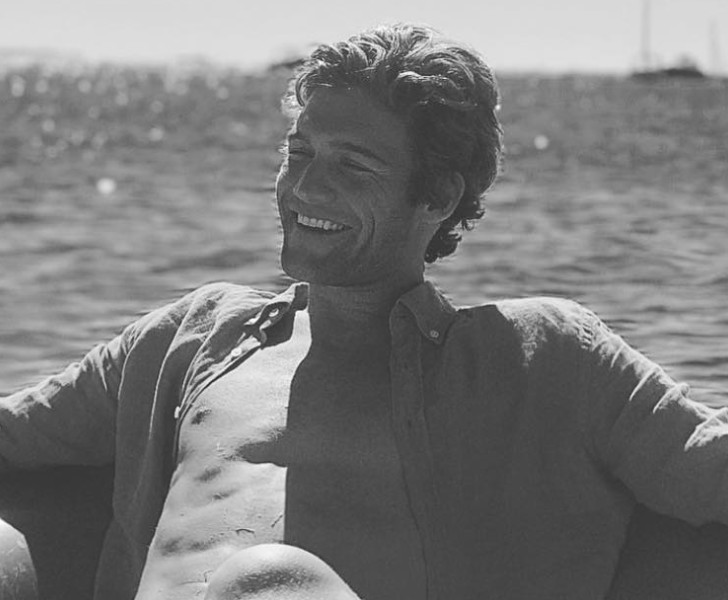 Alonso started his professional career at Real Madrid after the defender moved to the La Liga giants as a child.

Marcos made his only appearance for Real Madrid’s Castilla side in a 1-0 win over AD Alcorcon.

Former Manchester City boss Manuel Pellegrini handed Alonso his Real Madrid debut as a substitute in a 2-0 win over Racing de Santander in La Liga in 2010.

It would be Marcos’ only appearance in Real Madrid.

Bolton Wanderers signed Alonso in an undisclosed fee from Real Madrid in July 2010.

Marcos made his first appearance for Bolton in a 1-0 win over Southampton in the League Cup.

He made his Premier League debut in a 2-1 loss to Liverpool FC at Anfield in January 2011.

Alonso finished the season with just eight appearances in all competitions.

Marcos continued to struggle to tie down a spot in the Bolton team until the second half of the 2011-12 season.

The full-back scored his first Premier League goal in a 3-2 win over Wolves in March 2012.

The Spanish starlet managed to establish himself as a regular in the Bolton team throughout the 2012-13 campaign.

With Bolton in the Championship, Alonso scored in a 2-1 win over Sheffield Wednesday in September 2012. Marcos found the net again in a 3-1 win over Birmingham City.

Marcos scored the winner in a 1-0 victory over Brighton and Hove Albion in March 2013 before the defender netted his fourth Championship goal in a 2-0 victory over Wolves.

The Spanish defender scored four goals and made two assists in 30 appearances in all competitions. 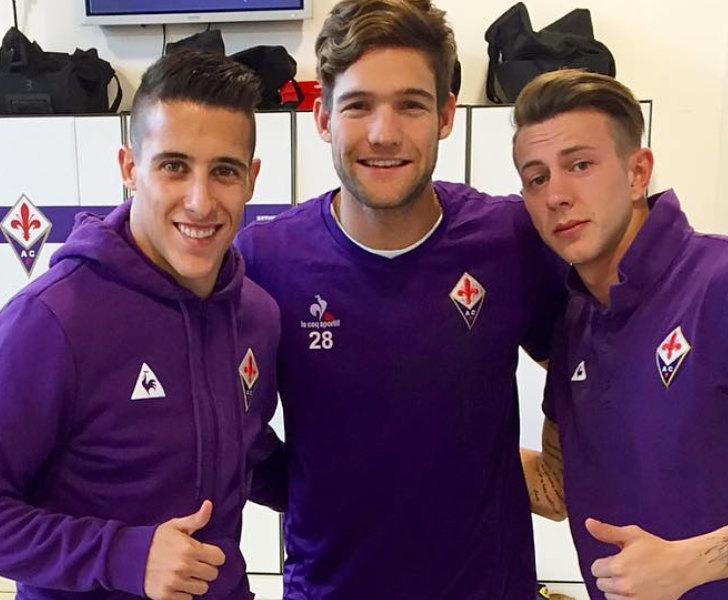 Fiorentina signed Alonso on a three-year deal in the 2013 summer transfer window.

Marcos made his Fiorentina debut as a substitute in a 3-2 loss to Swiss side Grasshoppers in 22 August 2013. Four days later, Alonso came off the bench in their 2-1 win against Catania.

He made nine appearances in the opening half of the 2013-14 season.

Alonso completed a loan move to Sunderland from Fiorentina in the 2014 January transfer window.

His Black Cats debut came in a 2-1 win over Manchester United in the League Cup in January 2014.

Alonso made his Premier League debut in a 4-1 win at Fulham four days later.

He was part of the Sunderland team that lost 3-1 to Manchester City in the League Cup final at Wembley in March 2014.

The Spanish defender made 19 appearances for Sunderland before his return to Fiorentina at the end of the season. 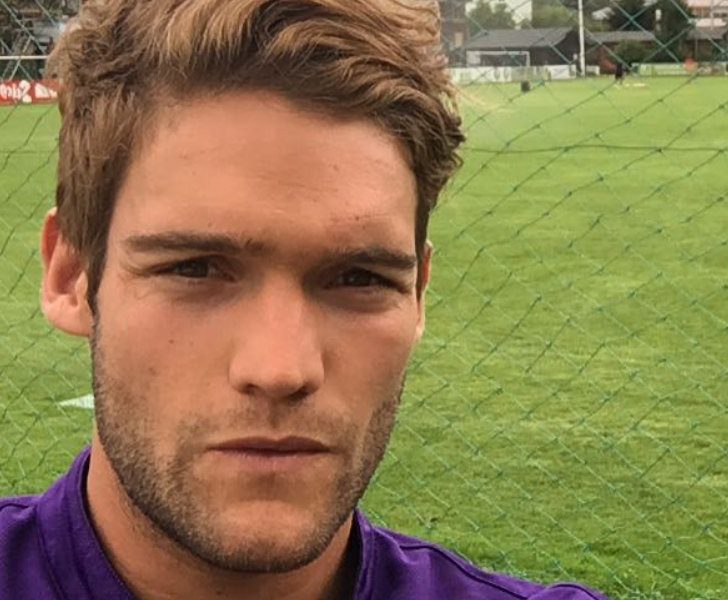 Marcos managed to become a first-team regular at Fiorentina upon his return to the Serie A outfit.

Alonso netted his first Europa League goal in a 3-0 win at AS Roma in March 2015.

The left-back scored in a 3-2 win over Palermo in the final Serie A game of the campaign.

He scored in successive games in his first two appearances of the 2015-16 season to help Fiorentina beat AC Milan and Torino.

Alonso’s third goal of the Serie A campaign came in a 1-1 draw with Napoli in February 2016.

The Spanish star finished the season with three goals and four assists in 47 appearances in all competitions. 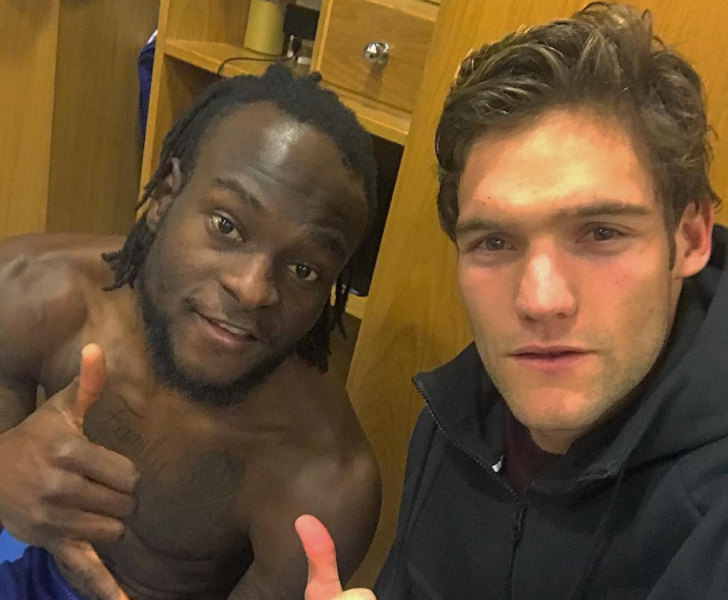 The Spanish defender put pen to paper on a five-year deal with the west London outfit.

His first appearance for Chelsea FC came in a 4-2 win over Leicester City in the League Cup on 20 September 2016.

He made his Premier League debut for the Blues in a 3-0 loss to Arsenal at The Emirates later that month.

Marcos opened his account for Chelsea FC in a 5-0 win over Everton at Stamford Bridge in October.

The Spanish full-back scored two goals in a 3-2 win over Leicester City at the King Power Stadium in January 2017.

He continued his fine form with a goal in a 3-1 victory over Arsenal at Stamford Bridge to help Chelsea FC maintain their title challenge.

Alonso netted his fifth Premier League goal of the season in a 3-1 win at Bournemouth at Vitality Stadium on 8 April.

His final goal of Chelsea FC’s title-winning campaign in a 3-0 victory over Middlesbrough at Stamford Bridge.

Marcos has scored six goals and has made three assists in 32 appearances in the Premier League as the Blues won the title with two games to spare.

He finished as a runner-up in the FA Cup following a 2-1 loss to Arsenal at Wembley. 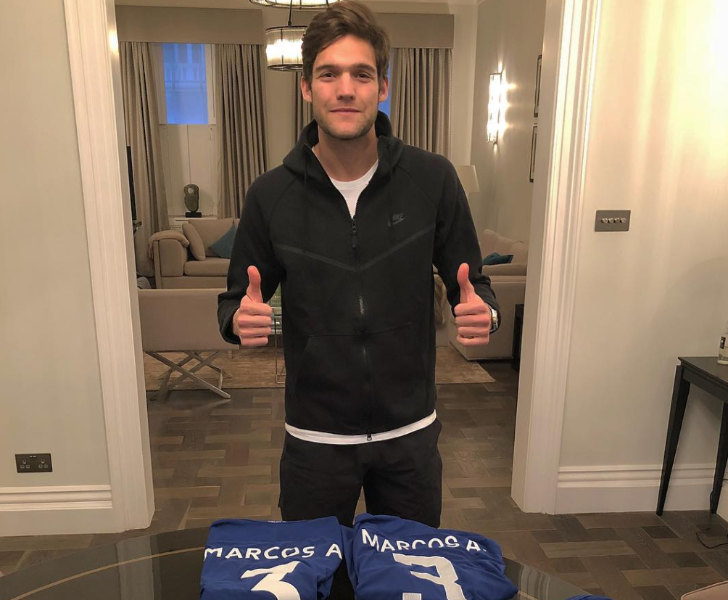 Marcos made a strong start to the 2017-18 season with two goals in a 2-1 win against Tottenham Hotspur at Wembley in August 2017.

His third goal came in a 4-0 victory at West Brom.

Alonso hit a purple patch in December and January following goals from Southampton, Brighton and Hove Albion and Arsenal.

He scored in Chelsea FC’s 3-0 win over Newcastle United in the FA Cup round of 16.

Marcos netted his final goal of the season in a 1-1 draw with Huddersfield Town.

He started their 1-0 victory over Manchester United in the FA Cup final.

Alonso earned his first call up to the Spain national squad for their friendlies against Argentina and Germany in March 2018.

Marcos was a 79th-minute substitute after the Chelsea FC star replaced Jordi Alba in Spain’s 6-1 win against Argentina at Wanda Metropolitano.

Alonso was involved in a car accident in Madrid in 2014.

A 19-year-old woman was killed after Alonso’s car overturned and smashed into a wall, killing the victim. Marcos was the driver of the car.

He faced a potential 21 month prison sentence but his punishment was changed to a €61,000 fine and a driving ban of three years and four months in February 2016. 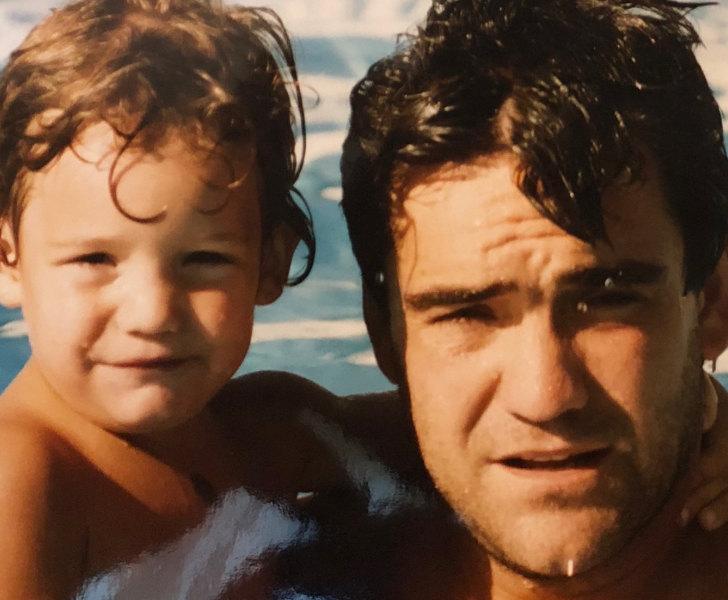 • Remarkably, the Blues defender’s father Marcos Alonso Peña was also a top Spanish footballer. He played for Racing Santander, Logrones, Atletico Madrid and FC Barcelona. He scored 28 goals in 124 appearances for the Catalan side.

• His dad scored one goal and made 22 appearances for the Spanish national team between 1981 and 1985.