Marouane Fellaini is a Belgian footballer currently at Man United. Find out more about Marouane in our in-depth biography 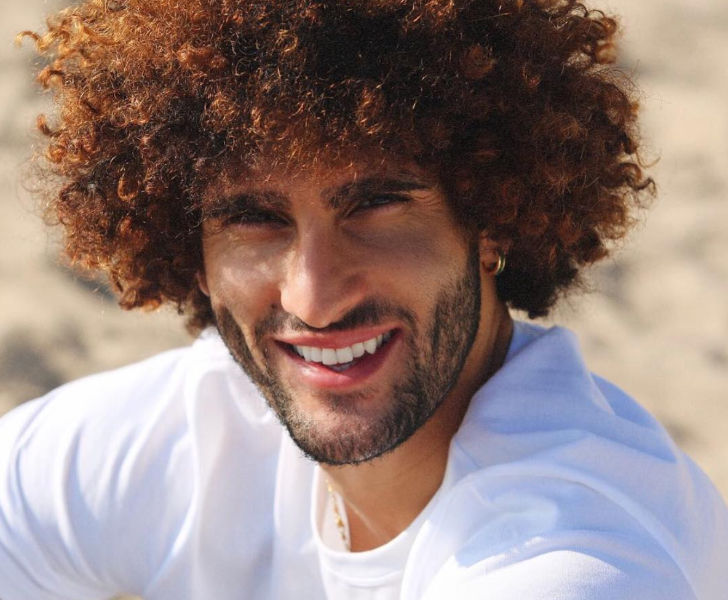 Fellaini started his professional career at Belgian club Standard Liege in 2004 before a move to Premier League club Everton in 2008.

Marouane scored 33 times in 177 games in all competitions during five seasons at Goodison Park.

The powerful midfielder has won the FA Cup, the Europa League and the League Cup during his time at Manchester United.

Fellaini made his Belgium debut in 2007 and the Manchester United star has gone on to score 16 goals in 80 games for the national team.

Fellaini moved to Standard Liege at the age of 17 from Sporting Charleroi despite playing youth football at Anderlecht.

Marouane established himself as an exciting Belgian talent during his spell at Standard Liege between 2006 and 2008.

The towering midfielder scored 11 times in 84 games in all competitions in two seasons. 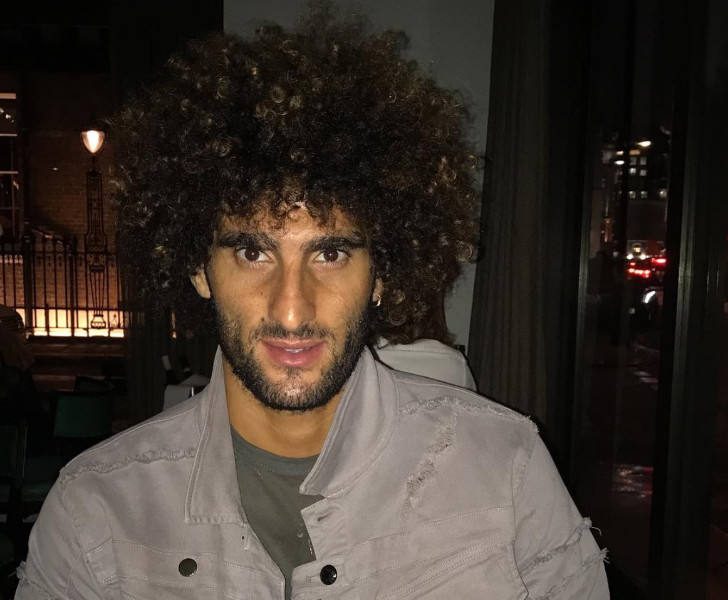 Marouane completed what was a club record £15m move to Everton on 1 September 2008. Fellaini became Belgian’s most expensive player following the move.

He made his Premier League debut in a 3-2 win at Stoke City on 14 September before Fellaini opened his account with a goal in a 2-2 stalemate in Newcastle in early September.

Fellaini finished his first season at Everton with nine goals and one assist in 33 games in all competitions.

Marouane scored his first goal in his second campaign in a 1-0 win against BATE Borisov in the Europa League.

Despite playing in a more defensive role, Fellaini netted in a 3-2 loss to Bolton Wanderers.

His season was cut short following a bad challenge from Sotirios Kyrgiakos in the Merseyside derby in a 1-0 loss in early February.

Marouane made his first start of the season in a 1-0 loss to Aston Villa in the Premier League.

His only Premier League goal came in a 2-2 draw with West Ham in January.

The versatile midfielder was forced off with an injury in the 41st minute of Everton’s 2-0 win over Sunderland on 26 February.

He didn’t make another appearance in the 2011-12 campaign.

Fellaini netted goals home and away against Fulham as well as a strike in Everton’s 4-4 draw with Manchester United at Old Trafford.

Marouane managed to remain fit throughout the campaign to end the season with five goals and four assists in 40 games in all competitions this term.

Fellaini made an exciting start to his final season at Goodison Park with the winner in a 1-0 victory over Manchester United in the opening game of the campaign.

He followed it up with a goal in a 3-1 victory over Aston Villa a week later.

Marouane scored two goals in a game for the first time in a 2-2 draw with Fulham.

He signed off on his Everton career with 11 goals and five assists in 31 games in the Premier League. 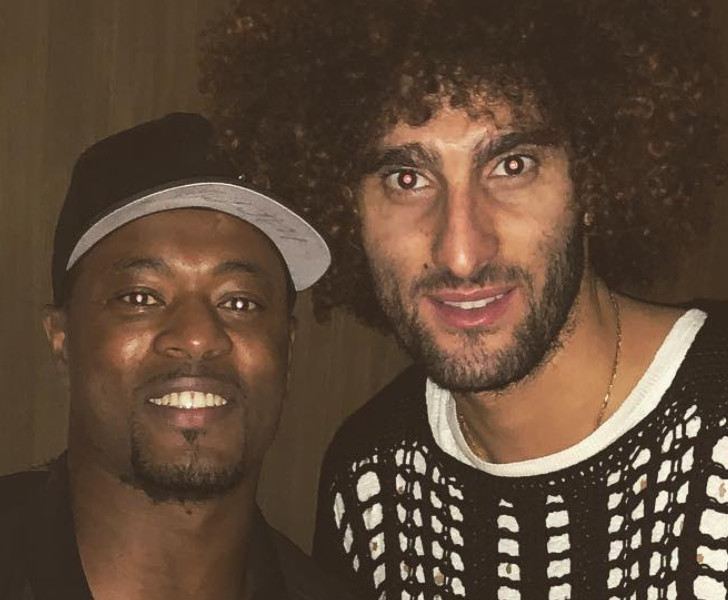 Manchester United manager David Moyes reunited with Fellaini at Old Trafford after the ex-Everton boss spent £27m on the Belgium international on 2 September 2013.

He made his Red Devils debut as a second-half substitute for Anderson in a 2-0 win against Crystal Palace on 14 September 2013.

Fellaini earned his first red card in a loss to Spanish side Real Sociedad in the Champions League group stage.

Marouane was made a scapegoat for Manchester United’s disappointing season.

He started just 12 Premier League games and made a further six appearances from the bench in a disappointing debut campaign.

Louis van Gaal started Marouane for the visit of Chelsea FC and the decision paid dividends when Fellaini created Robin van Persie’s winner in a 2-1 victory.

His second Red Devils goal came in a 2-1 home win over Stoke City in December.

Fellaini helped Manchester United to finish in the Premier League’s top four thanks to goals against Tottenham, Man City and Crystal Palace in the second half of the season.

Van Gaal used Fellaini as a target striker for some games in the 2015-16 season but his performances attracted criticism given Manchester United’s turgid style of play.

Marouane scored three goals and one assists in 34 outings in all competitions.

He started Manchester United’s 2-1 win against Crystal Palace in the FA Cup final to win his first major trophy. 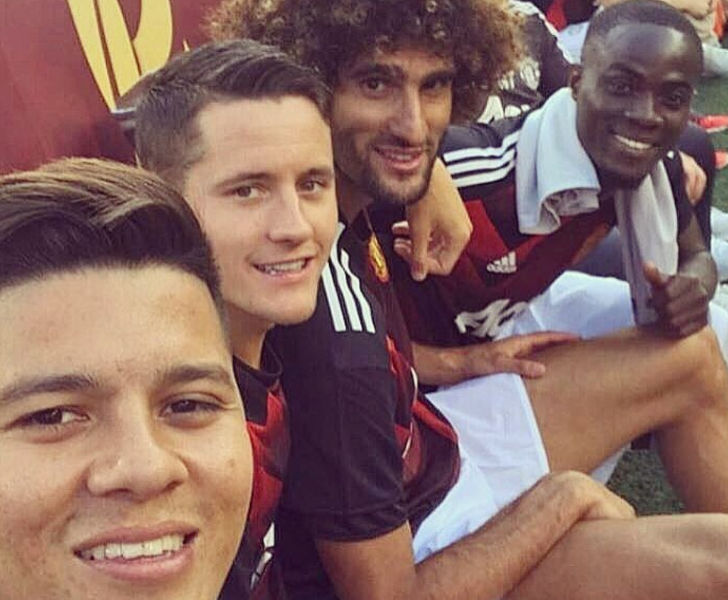 He started the Red Devils’ opening five games in all competitions under the Portuguese head coach.

Fellaini made his 100th Manchester United appearance in a 1-1 draw with his former club Everton after he conceded a late penalty.

Marouane helped to send Manchester United to the League Cup final with a goal against Hull City in the League Cup last four. He was a susbtitute in a 3-2 win over Southampton in the final.

Fellaini netted an important goal in an unconvincing 2-1 win over Celta Vigo in the semi-final to help Manchester United to win the Europa League. Mourinho named the versatile midfielder in his starting XI for their 2-0 win over Dutch giants Ajax in the final.

Marouane opened his account for the new season with a goal in a 2-0 win over Leicester City in August 2017 before he netted in a 3-0 victory over Basel in the Champions League group stage.

Fellaini scored twice in a 4-0 win against Crystal Palace at Selhurst Park in September.

Marouane scored in a 2-1 victory over Arsenal at Old Trafford in April 2018.

His future was cast in doubt as he allowed his deal with Manchester United to run down in June 2018. 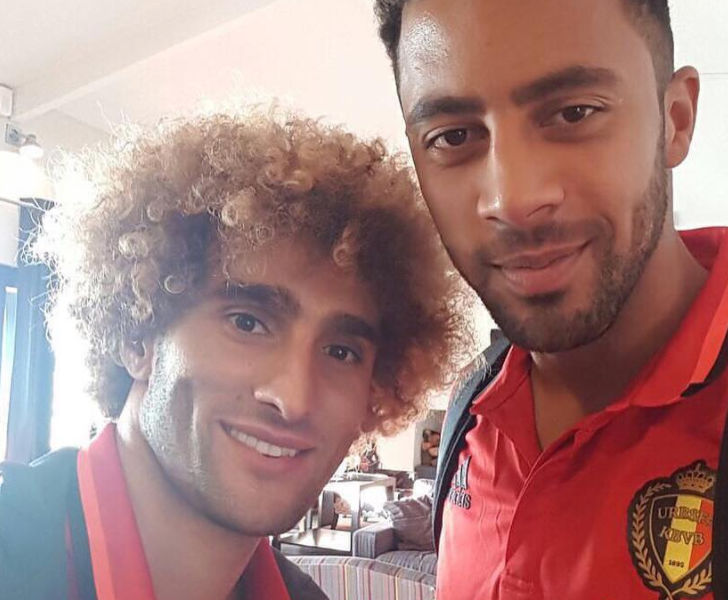 Fellaini made his debut for Belgium in a 2-1 loss to Portugal in a Euro 2008 qualifier in February 2007.

He netted one goal in seven games to help the Red Devils reach the 2014 World Cup.

Fellaini was a substitute in Belgium’s 2-1 win over Algeria before he started their subsequent games against Russia, South Korea, USA and Argentina.

The Manchester United star has netted 16 times in 80 games for Belgium.

Fellaini was born to Moroccan parents from Tangier and brought up in Brussels.

The Man United star was spotted on a date with Russian playboy star Victoria Bonya in 2018. 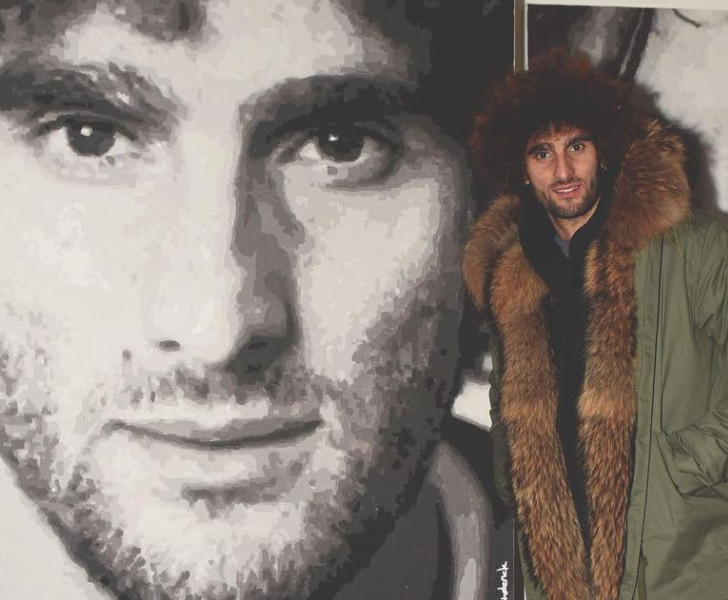 • His father, Abdellatif Fellaini, is former goalkeeper for Raja Casablanca.

• Marouane is a practicing Muslim.

• Due to his hairstyle, Fellaini has often been likened to Simpsons character Sideshow Bob.