Michy Batshuayi is a Belgian footballer currently at Chelsea FC. Find out more about Michy in our in-depth biography 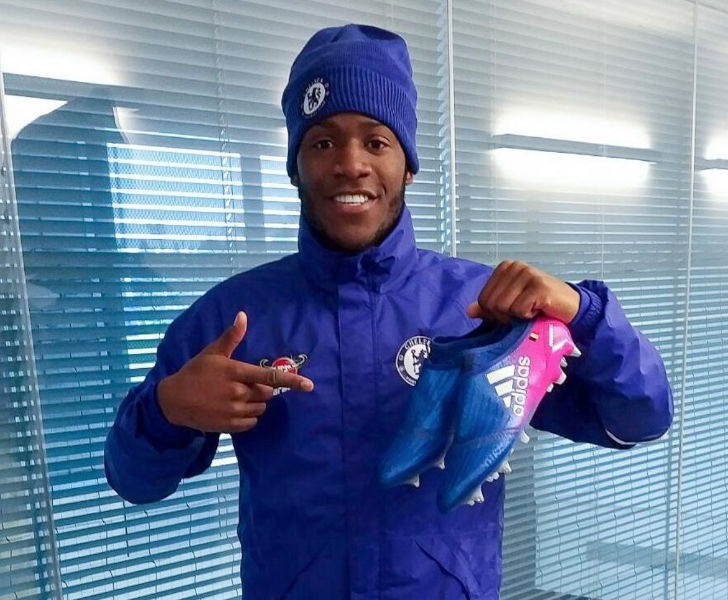 Michy Batshuayi is a Belgian footballer who is currently at Premier League side Chelsea FC.

The Belgian forward moved to Ligue 1 side Marseille in 2014 after Batshuayi scored 44 times in 120 games in all competitions.

Michy was a key player for Marseille and the Brussels-born striker netted 33 goals in 78 games during two seasons at the Ligue 1 side.

Batshuayi moved to Chelsea FC in a £33.2m deal from Marseille in the 2016 summer transfer window.

Following a difficult 18 months under Antonio Conte, Michy moved on loan to Bundesliga side Borussia Dortmund for the second half of the 2017-18 season.

Michy scored in his Belgium debut when came off the bench to score in a 5-0 win against Euro 2016 opponents Cyprus on 28 March 2015. 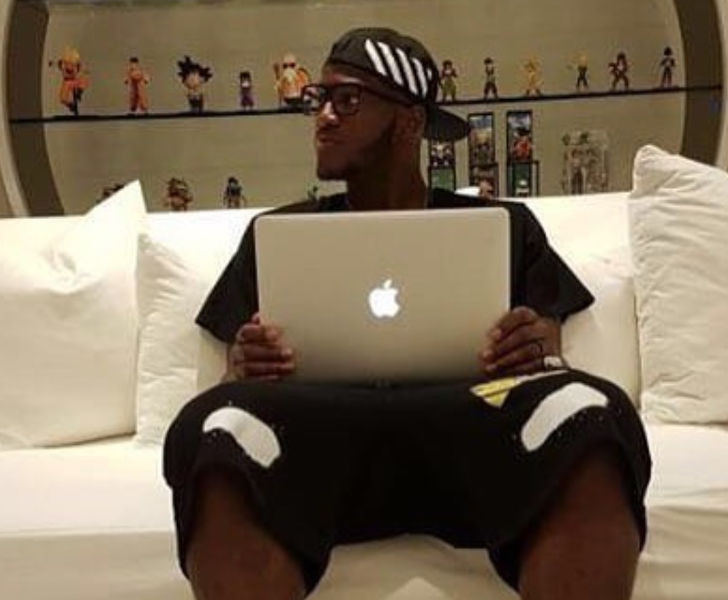 Michy born in Brussels and spent time at Evere, Schaarbeek, Brussels (twice) and Anderlecht before he moved to Standard Liege in 2008.

The striker made his debut after three seasons in the youth team.

Batshuayi made his debut as a 83rd-minute substitute in a 4-1 loss at Gent on 20 February 2011. A few days later, he made his second and final appearance of the campaign in a 3–0 victory against Mechelen.

Michy scored his first European and professional goal in a 1-0 win over Danish side Copenhagen in the Europa League in December 2011.

Six days later, Batshuayi scored twice in a 5-4 loss to Lierse in the Belgian Cup. His first league goal on 14 January 2012 to round off a 6–1 home win over Germinal Beerschot.

Michy finished with nine goals in 33 games in all competitions in the 2011-12 season.

Discipline was a problem for the striker in 2012 following two red cards.

Batshuayi finished the campaign with 12 goals in 26 games in all competitions in his penultimate season at Standard Liege.

He established himself as one of the top strikers in the Belgium top flight in 2013-14.

Michy scored a first professional hat-trick on 15 September 2013 in a 4–2 win at Oostende. He netted 21 times in 34 games in the Belgian top flight.

He also scored against KR Reykjavik and Minsk in the Europa League. 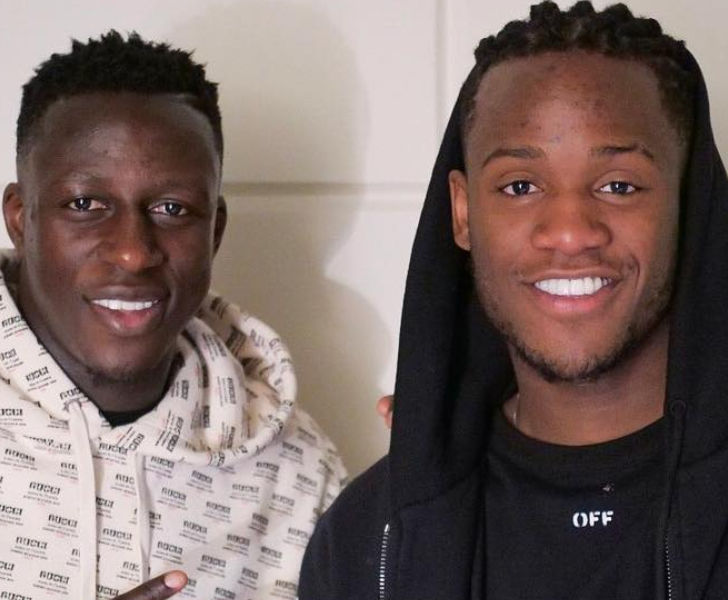 Batshuayi moved to Marseille from Standard Liege in a £4.5m on 8 August 2014.

He made his debut in a 3-2 win at Bastia after Michy replaced Dimitri Payet the next day.

He scored his first goal for Marseille in a 2-1 loss to Rennes in the France Cup on 29 October 2014.

Batshuayi’s inaugural Ligue 1 goal in a 3-1 win against Bordeaux almost a month later. He found the net again in a 2-1 victory over Lille.

He netted nine times in seven starts and 20 substitute appearances in all competitions for Marseille.

The Belgium international finished the Ligue 1 campaign with 17 goals and nine assists in 36 games.

He also netted seven times in the Europa League to help Marseille reach the knockout round of the competition. 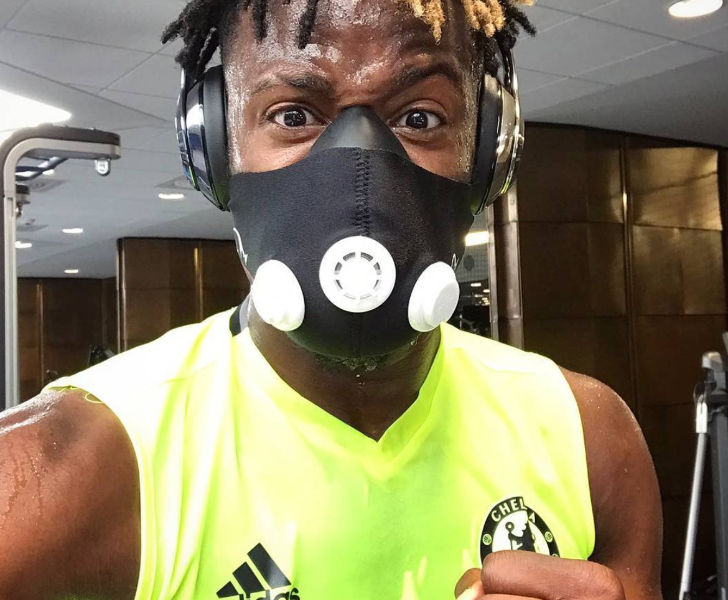 Chelsea FC managed to see off competition from their domestic rivals Crystal Palace and West Ham United to sign Michy in a £33.2m deal on 3 July 2016.

His first Premier League goal came in a 2-1 win over Watford after the striker came off the bench.

Michy netted twice in a 3-2 win over Bristol City in the League Cup third round on 23 August.

He scored in successive FA Cup games to help the Blues beat Peterborough and Brentford.

After 18 substitute appearances, Batshuayi started and scored in his first Premier League game in a 4-3 win over Watford.

The Belgian striker netted twice in a 5-1 win over Sunderland.

Michy was a substitute in a 2-1 loss to Arsenal in the FA Cup final.

Batshuayi was a substitute in Chelsea FC’s opening four competitive appearances of the 2017-18 season.

Michy scored on his first start of the campaign in a 6-0 win over Qarabag in the Champions League group stage.

Eight days later, the Belgian striker scored a hat-trick in a 5-1 win over Nottingham Forest in the League Cup third round.

He came off the bench to net a late winner in a 2-1 win at Atletico Madrid in the Spanish capital to secure a vital group stage win.

Batshuayi continued his impressive form from the bench with two goals against Premier League side Watford and League Cup opponents MK Dons.

Michy scored twice in a 3-0 win over Newcastle United in the League Cup fourth round. 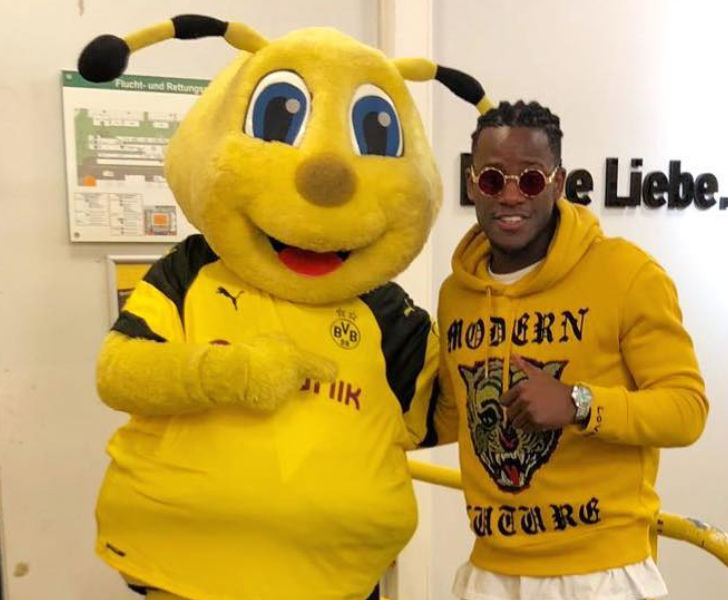 Batshuayi moved to Dortmund on loan for the rest of the 2017-18 season following Pierre-Emerick Aubameyang’s move to Arsenal.

He scored twice on his debut in a 3-2 win over Cologne before another goal in a 1-0 victory over Hamburg.

Batshuayi scored in his third consecutive game with two goals in a 3-2 win over Italian side Atalanta in the Europa League round of 32.

He finished the season with seven goals in 10 games in the Bundesliga with goals against Frankfurt, Hannover and Stuttgart. 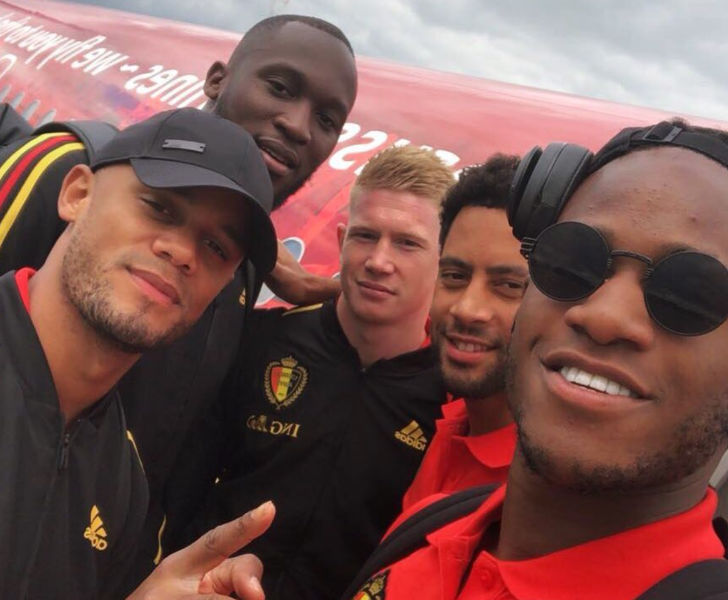 Michy made his Belgium debut and scored in a 5-0 win over Cyprus in their Euro 2016 qualigying campaign.

He was named in Belgium’s squad for the tournament.

Michy made his first appearance in Belgium 4-0 win over Hungary in the last 16.

He scored his first World Cup goal in Belgium’s 5-2 win over Tunisia in the group stage.

Batshuayi is nicknamed “Batsman”, given his favourite super hero is Batman. 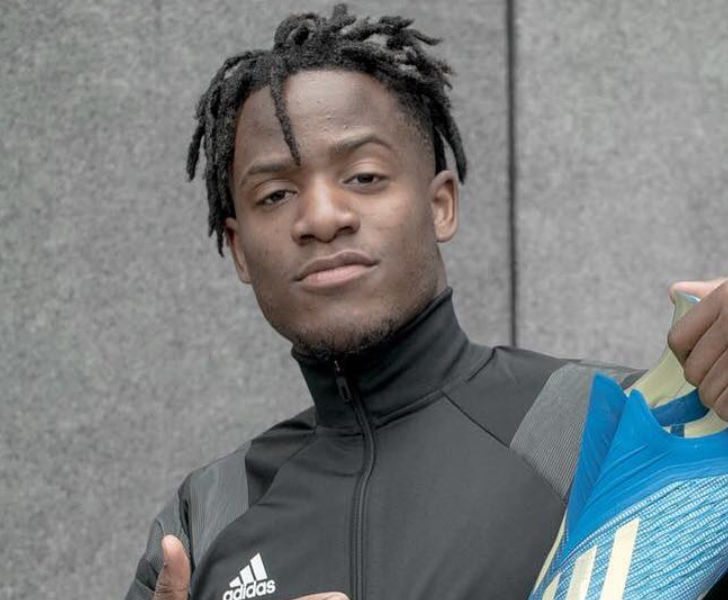 • He scored his first goal for the club as a 17-year-old with a goal against Europa League opponents Copenhagen.

• Michy missed out on the Belgian title on the final day of the 2013-14 season after Anderlecht edged out Standard Liege.

• The Belgian striker scored in Marseille’s 4-2 loss to Paris Saint-Germain in the France Cup final in 2016.

• Batshuayi bagged his first hat-trick for Chelsea in a League Cup game against Nottingham Forest in September 2017.

• Given his parents’ origins, Batshuayi could have played for the Democratic Republic of Congo at international level but choose to wear the red of Belgium.