Olivier Giroud is a French footballer currently at Chelsea. Find out more about Olivier in our in-depth biography 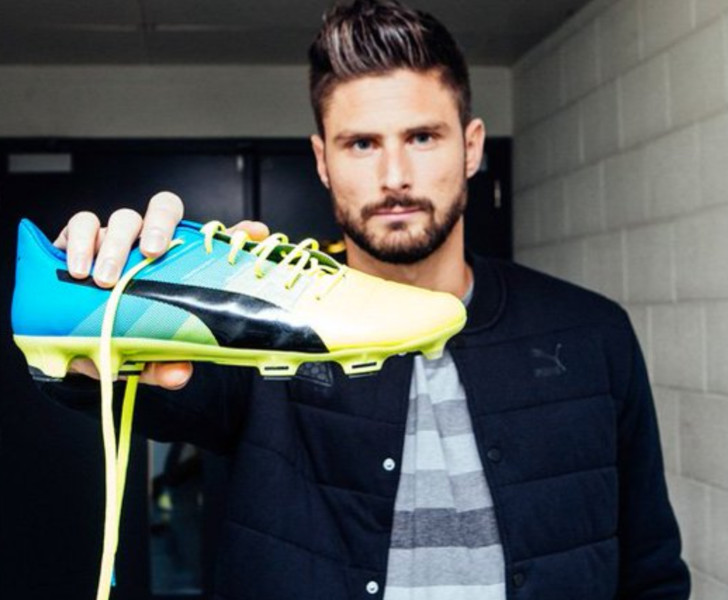 The experienced striker moved to Chelsea FC from their London rivals Arsenal on 31 January 2018.

Giroud spent five and a half seasons at the Gunners and won three FA Cup titles under Arsene Wenger.

The towering forward earned a reputation as a proven goal-scorer at Montpellier between 2010 and 2012.

Giroud represented Grenoble, Istres and Tours during his fledgling years as a professional footballer.

Olivier is France’s sixth-highest goal-scorer of all-time after 29 goals in 69 appearances for his national team. 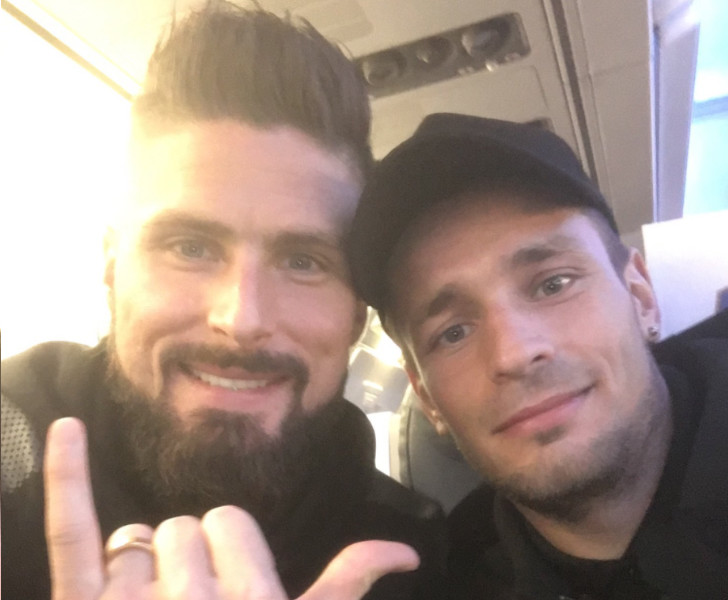 Olivier spent six years training at his local team Olympique Club de Froges before he moved to Grenoble at the age of 13.

Giroud didn’t sign his first professional contract until he was 21. The target man scored 15 goals in 15 games for Grenoble’s reserve team.

Olivier made his professional debut in a 1-1 draw with Ligue 2 side Geuegnon as a late substitute.

He started to feature in the first-team on a more regular basis in the 2006-07 season. Giroud scored his first senior goal to secure an injury-time win against Le Harve in February 2007.

He ended the season with two goals in 18 appearances in all competitions.

The loan spell proved a success after Olivier scored 14 goals in 33 games.

Upon his return to Ligue 1 Grenoble, Giroud was soon made available for transfer after the powerful striker was deemed surplus to requirements.

Olivier agreed to a three-year contract and moved to Ligue 2 side Tours in May 2008.

Giroud was handed the number 12 shirt and made his debut in a 2-1 loss to Boulougne in the Coupe de la Ligue in September.

His first goal for Tours came in a 3-1 win against Lens.

One of the highlights of his first season at the club came when he scored four times in a 7-1 victory over Jeanne d’Arc.

He ended the season with 13 goals in 26 games in all competitions.

Giroud became an automatic starter in his second season at Tours. He justified his manager’s faith with two goals in a 2-1 win against Le Harve in the opening game of the campaign.

Remarkably, Olivier scored four goals in a single game in successive seasons in a 4-2 win against Arles-Avignon.

In January 2010, Giroud signed a three-year deal with Montpellier after the Ligue 1 outfit agreed a £2m deal with Tours.

Olivier was loaned back to Tours for the remainder of the season. He ended the campaign with 23 goals in 41 games in all competitions. 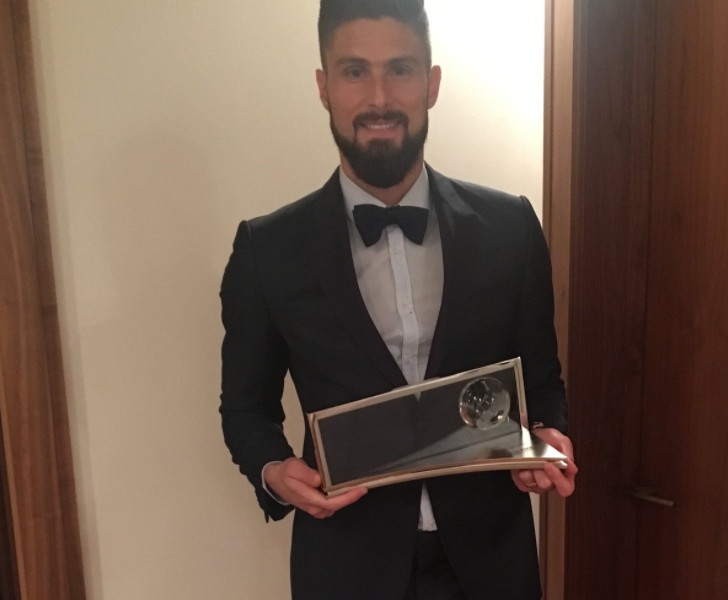 Giroud completed a move to Montpellier from Tour on July 2010.

The towering striker didn’t take long to adjust to the French top flight with a prolific start to his career at Montpellier.

One of the highlights of his first season at his new club came when Giroud scored a 117th-minute winner against Paris Saint-Germain to secure their place in the Coupe de la France final.

Unfortunately, Olivier was unable to help Montpellier win the competition after a 1-0 loss to Marseille in the final.

Giroud finished the campaign with 14 goals in 43 games in all competitions to earn the striker a contract extension.

Oliver scored goals against Auxurre and defending Ligue 1 champions Lille in their opening two games of the 2011-12 season.

The French forward scored 13 goals in his next 18 games in Ligue 1 to build a reputation as one of the top flight’s leading goal-scorers.

Giroud’s incredible form helped Montpellier to win their first Ligue 1 title in their history. The centre-forward ended the campaign with 21 goals and nine assists in 36 appearances in Ligue 1. 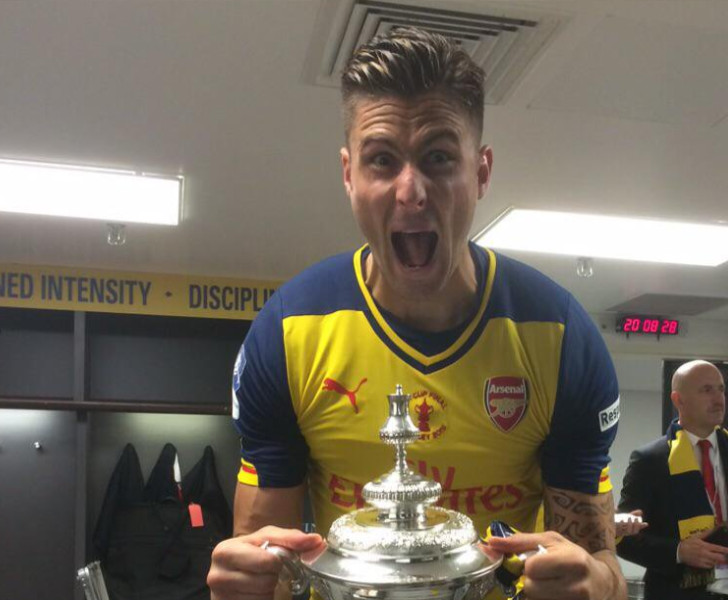 Giroud moved to Arsenal from Montpellier in a £9.6m deal in the 2012 summer transfer window. The powerful striker was handed the number 12 shirt at The Emirates.

Giroud made his Premier League debut against Sunderland but his first Gunners goal came in a 6-1 win against Coventry City in the League Cup on 26 September 2012.

Olivier opened his Premier League account with a goal in a 3-1 win over West Ham.

One of the highlights of his debut campaign in England came when he helped to inspire a comeback from 4-0 down in the League Cup at Reading. Giroud netted their second goal in a 7-5 extra-time win.

His first Champions League goal was in a 2-2 draw with Schalke as the summer signing built on his promising start to life at Arsenal.

Giroud managed to win over even more Gunners supporters with a goal in a 5-2 victory over Tottenham Hotspur in the north London derby.

The French forward scored two goals in Arsenal’s landslide 7-3 win against Newcastle United at the Emirates Stadium on 29 December.

Giroud continued his excellent form with a header and an assist in a 2-2 draw with their top-four rivals Liverpool at The Emirates.

Olivier ended the season with a red card to miss their final three games of the 2012-13 season. Yet, Giroud could reflect on a commendable return of 17 goals and 11 assists in 47 games in all competitions.

The target man made a great start to the 2013-14 season with four goals in their opening five games in all competitions. Giroud netted the winner in a 1-0 home victory over Tottenham.

However, the striker hit an inconsistent patch in front of goal towards the end of the year, although Giroud scored Arsenal’s final goal of 2013 in a 1-0 win against Newcastle.

He played an important role in their FA Cup success after the France international netted both goals in a 2-0 win over Everton in the last eight. Oliver dispatched one of the successful penalties in a shootout victory over Wigan in the FA Cup semi-final.

Giroud created Aaron Ramsey’s winner in a 3-2 victory over Hull City in the FA Cup showpiece at Wembley. 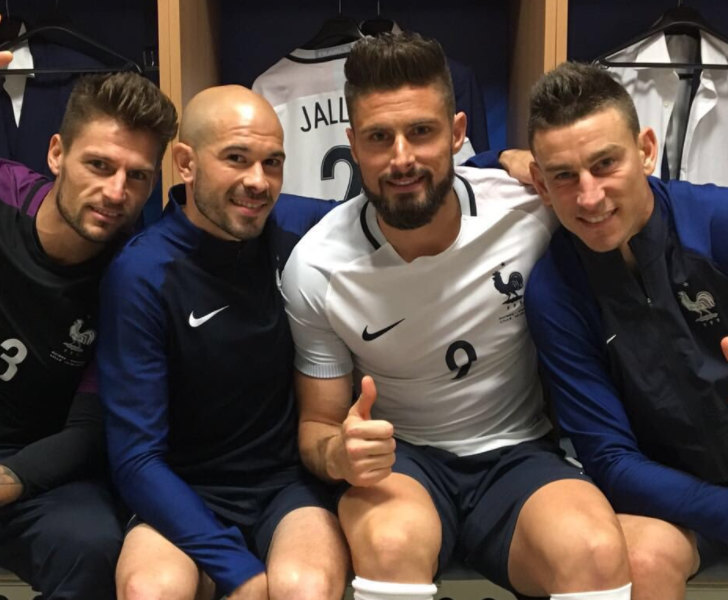 Oliver had more fond memories of Wembley when he scored in a 3-0 win against Manchester City in the Community Shield in August 2014.

The Arsenal striker broke his left tibia and was ruled out for four months after scoring in a 2-2 draw with Everton a couple of weeks later.

In spite of his injury setback, Giroud signed a contract extension worth £80,000 a week with Arsenal to secure his future at the Gunners until 2018.

Giroud scored a consolation goal in a 2-1 loss to Manchester United at Old Trafford after the striker came on for a 13-minute cameo.

He endured a mixed festive period after he was sent off against Queens Park Rangers but Giroud scored in a 2-0 win against Manchester City at The Etihad.

Olivier continued his excellent record in the FA Cup with two goals against Middlesbrough in the quarter-finals.

Those cup goals triggered a purple patch for Giroud after the centre-forward netted 10 times in his next 10 games in all competitions.

He scored Arsenal’s fourth goal in a 4-0 victory over Aston Villa in the FA Cup final at Wembley to net for the 19th time in the 2014-15 season.

Giroud was in and out of Arsene Wenger’s team in his fourth season at Arsenal. The striker netted a brilliant sideways scissor kick in a 2-1 win against Crystal Palace at Selhurst Park.

He contributed an important goal in a 2-0 win against Bundesliga giants Bayern Munich in the Champions League back in November. Giroud scored his first hat-trick for Arsenal in a 3-0 victory over Olympiacos to secure their place in the last-16 draw.

Oliver became the seventh player to score 50 goals for Arsenal in a 2-0 win against Aston Villa.

Giroud ended a frustrating season on a high note with his second hat-trick of the campaign in a 5-0 win over Aston Villa. He ended up with 16 goals in 34 league games, while he netted five times in seven Champions League games.

The French striker continued to battle for a first-team place in the 2016-17 season.

Having been limited to substitute appearances, Giroud scored his first two goals of the season from the bench in a 4-1 win at Sunderland on 29 October. Two days later, Olivier was given his first start of the campaign and scored in a 3-2 win against Bulgarian side Ludogorets in the Champions League.

Giroud came off the bench to score an 89th-minute equaliser in a 1-1 draw with Manchester United at Old Trafford.

Olivier netted on his first start of 2016-17 season with the winner in a 1-0 win against West Brom. He followed it up with a scorpion kick goal in a 2-1 victory over Crystal Palace.

Giroud scored Arsenal’s winner against Preston North End in the third round before the Frenchman found the net in a 5-0 win over Lincoln en route to the FA Cup final.

The experienced striker provided the assist for Aaron Ramsey’s winner in a 2-1 victory over Chelsea in the FA Cup final at Wembley.

Giroud found himself out of favour under Arsene Wenger in the 2017-18 season. He made one start and 15 substitute appearances in the current campaign but still managed to score four goals.

The French forward signed an 18-month contract with the west London club.

He scored his first Blues goal in a 4-0 win over Hull in the FA Cup.

Olivier netted twice in their comeback win over Southampton in the Premier League.

Giroud found the net against the Saints once again in a 2-1 FA Cup semi-final win.

He netted the winner in a 1-0 victory over Liverpool FC at Stamford Bridge in the Premier League.

Olivier started their 1-0 win against Manchester United in the FA Cup final at Wembley.

Giroud made his France debut in a 1-0 win against United States on 11 November 2011.

Olivier was named in France’s Euro 2012 squad but didn’t get on the score sheet at the major tournament.

Giroud scored France’s 100th World Cup goal in a 5-2 win against Switzerland in Brazil in 2014.

He earned his 50th cap in a 2-1 win against Romania in the opening game of the European championship on home soil. Giroud netted twice in a 5-2 win over Iceland in the quarter-finals.

While France lost to Portugal in extra time in the final, Giroud finished as the tournament’s joint top goal-scorer with three goals.

Giroud netted his 23rd international goal against Luxembourg in March 2017 to secure his place in his country’s top ten goalscorers of all time. 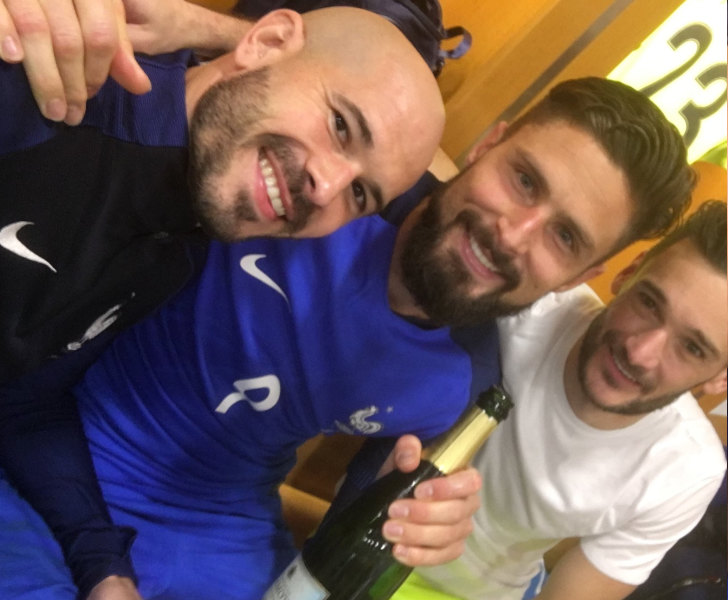 Olivier has an older brother, Romain, who was also a footballer. He played at France youth level with some iconic names such as Thierry Henry and David Trezeguet.

Giroud married his long-term partner Jade in 2011. The couple had a daughter called Jade in 2013.

Olivier is one of Puma’s big-name ambassadors.

• His former Grenoble coach Mehmed Bazdarevic claimed that Giroud would not make the cut at top level football.

• Giroud became the 19th forward to have netted 100 goals for Arsenal on his 237th appearance for the Gunners in 2017.

• Olivier’s only title success came in 2013 when his goals helped Montpellier to win the Ligue 1 crown.

• Giroud played with his former Arsenal team-mate Laurent Koscielny at Tours for two seasons before the pair were reunited at The Emirates.